OPINION: Addressing Climate Change Must Be Included in This Year’s Budget 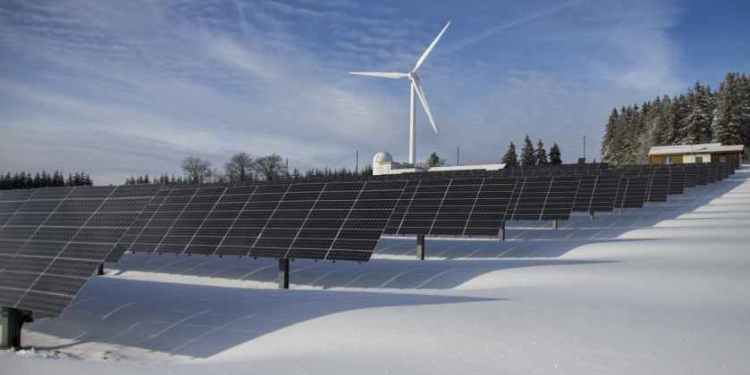 The highs are higher.

Rain and snow storms are more intense, causing flooding and disruptions in our aging power grid.

The seas are rising.

However you think we have arrived here, climate change is affecting our everyday lives.

Those questions will be answered, especially the last one, in the next few weeks in Washington as the Democrats’ $3.5 trillion budget is debated. It’s long-past time for Republicans to stop being deniers of what is happening around us; they should be working with Democrats to craft legislation that seriously addresses the issue.

Included in the proposed budget are investments in clean energy and jobs to put the nation on a path to cut greenhouse emissions by at least 50% by 2030 as called for in the Paris Climate Accord. The plan moves the country toward a carbon-free electric grid by 2035, with 100% of U.S. electricity powered by solar, wind, nuclear and other clean energy sources.

The framework would fund a Clean Electricity Standard that would require the electric grid to move away from fossil fuels such as coal, oil and natural gas, and replace them with renewable sources such as solar, wind and hydropower, along with nuclear energy, which currently provides about 20% of the nation’s electricity.

While the those serving in Washington negotiate a deal, New Jersey is doing its part to be a national leader. Gov. Phil Murphy has prioritized building offshore wind farms during his first term, with the New Jersey Board of Public Utilities recently approving a combined 2,658 megawatts of offshore wind capacity about 15 miles off the Atlantic City coast.

As part of the Murphy Administration’s stated goal of achieving 100% clean energy by 2050, the state is developing the NJ Wind Port in Salem County, establishing a WIND Institute to coordinate workforce development and research and development in offshore wind, and a $250 million investment in the Port of Paulsboro for turbine component manufacturing.

This is not a problem that can only be solved by the U.S. or by government agencies. We need buy-in from our allies but nations like Russia and China to form a coalition that puts the Earth first.

We truly understand the concerns from other regions of the country whose economies are built on fossil fuels. But there are great economic opportunities for these same companies that are so ingrained in these communities to be greener as the world attempts to address global warming.

There is no more time to wait. The time for action is now.