by Rafael Navarro
in Trenton
0 0
1 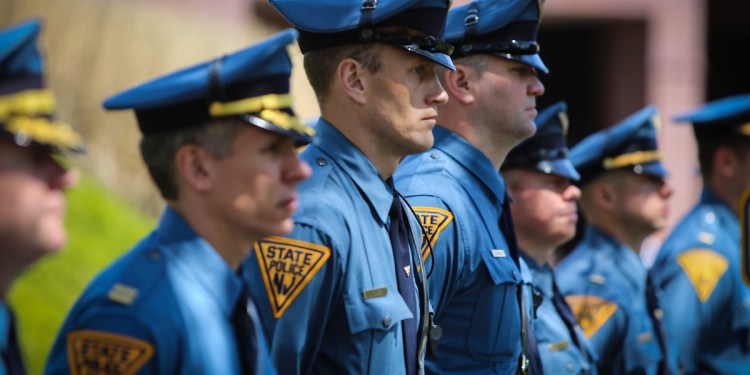 The New Jersey Office of Homeland Security and Preparedness (NJOHSP) recently released an analysis that warns against threats to public safety from both domestic and foreign entities. The increased threats were tied largely to the coronavirus pandemic and political tensions surrounding the 2020 U.S. elections.

Domestic extremists have capitalized on wide-ranging anti-government sentiment to further their respective movements based on the U.S. government’s response to the coronavirus pandemic, the 2020 Presidential election and nationwide civil unrest.

“COVID-19 has certainly changed the landscape operationally on everything related to domestic and international violent extremists, the disinformation part of it,” said NJOHSP Acting Director Laurie Doran.

Prior to the 2020 Presidential election, domestic extremists focused on perceived threats, such as those stemming from religious groups, counter-protest organizations, election fraud conspiracies and government overreach. However, over the past year,NJOHSP has found the specific targets of anarchist, anti-government, militia, and White racially-motivated extremists shifted primarily toward government representatives and facilities.

Anarchist extremists will engage in protests leveraging civil unrest, advocating for direct action against local government entities and organizations with various political views to continue their opposition toward traditional power structures. During the past year, anarchist extremists have taken advantage of widespread civil unrest to conduct violence against law enforcement and individuals with opposing views.

Anti-government extremists remain committed to targeting politicians, political parties, and government officials that represent specific legislation or policy goals they oppose, noted theNJOHSP. In January, police in Montgomery County, Pennsylvania, arrested an individual who shot several bullets into a Democratic Party office, which was empty at the time. The individual had previously sent a threatening email to party officials regarding what he believed was a “stolen election.”

According to the state agency, militia extremists will act on opposing views from the federal government, citing government overreach on issues they believe restrict personal freedoms, such as gun control, and government inaction on issues surrounding immigration, primarily at the U.S. southern border. These issues may overlap with other extremist groups, such as domestic violent extremists and racially motivated extremists.

“They continue to try and increase their online recruitment,” she said. “And they’re trying to spread disinformation and conspiracy theories and modified strategies for attack.”

While the apprehension and charging of individuals for their involvement in the attack on the U.S. Capitol on Jan. 6 is ongoing, approximately 500 individuals nationally have been charged thus far with rioting, assaulting federal officers, property crimes violations, and conspiracy. To date, 19 New Jersey residents have been arrested in connection with the siege.

As state and local governments ease public gathering limitations due to vaccination efforts, mass gathering venues will resume pre-pandemic operations. Historically, ISIS and al-Qa’ida propaganda has advocated for mass casualty attacks using such tactics as concealing explosive devices near a trash can or in a crowded area.

An example of this according toNJOHSP was the March arrest of James Bradley and his wife, Arwa Muthana at a Newark seaport for attempting to travel to join ISIS. They expressed that if they could not travel, they would conduct an attack in the United States in support of the group. FTOs encourage attacking easily accessible indoor and outdoor soft targets.

FTOs routinely criticize U.S. domestic tensions, advising their supporters that a divided country is vulnerable to attack. In the summer of 2020, HVEs in New York and Florida took advantage of anti-government sentiment and protests to attack law enforcement on behalf of FTOs.

In January, ISIS digital weekly newspaper al-Naba commented on the U.S. Capitol riots on Jan. 6, highlighting U.S. political conflict and claiming the country will focus more on domestic issues than those in the Middle East. The continued publication of propaganda focusing on anti-government sentiment illustrates how FTOs use conflict in the United States to further their agendas.

Throughout the COVID-19 pandemic, FTO propaganda has focused on falsehoods, such as statements issued in March 2020 that called the virus a “soldier of Allah” and a punishment on unbelievers in the West. Further spreading misinformation, the latest issue of One Ummah magazine suggested that the coronavirus was developed as a biological weapon to target minorities or poorer populations.

NJOHSP officials stated propaganda is frequently used to undermine credibility in the West, as well as further motivate HVEs to act. In May, Elvin Williams was arrested at a Seattle airport for attempting to join ISIS. He heavily consumed ISIS propaganda online, pledged allegiance to the group, and desired to attack a pride parade in Seattle.