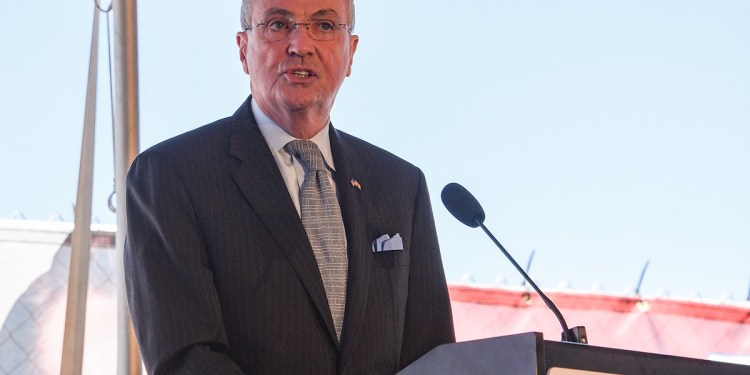 Painting the picture of how the recent surge in new coronavirus cases has pushed up key health metrics in the last month, Gov. Phil Murphy provided what he called proof that 99% of the cases are being driven by the unvaccianted.

“As many other states are experiencing, the spread of the coronavirus among the unvaccinated is increasing and we are seeing the same upticks in our numbers due to the rapid spread of the highly transmissible and contagious Delta variant,” said Murphy at a press briefing July 26. “The trends we are seeing over the past several days suggest we are not done seeing these numbers continue to rise.”

Following the recent uptick in cases, the numbers are beginning to rise in hospitals. There are currently 419 patients hospitalized. Those numbers awere 274 last week, 249 the week before that, and the highest since June 9 when it was 436. The governor noted New Jersey was in good shape comparative to previous surges as well as low-vaccine states such as Florida, which currently has 4,000 COVID-related hospilizations.

“The increase in hospitalizations is what we are watching most closely. Over the past week, the number of confirmed COVID-positive patients in our hospitals increased roughly 30% over two weeks ago,” Murphy said. “As we have noted since the start of the pandemic these are the metrics that speak to the ability of our healthcare network to treat those who have COVID-related illness.”

Another notable daily stat the governor noted is nearly 4% of COVID tests came back positive in the Garden State as of July 22. Comparatively, Murphy said a month ago the rate was less than 1%.

According to Murphy, that means less than 1% of those receiving the vaccine are testing positive, being hospitalized or dying—since mid-January, approximately 32,000 cases and 5,400 hospitalizations are of those who have not been fully vaccinated.

“More than 99% of all individuals hospitalized or who died due to COVID since mid-January were unvaccinated,” said Murphy. “The vaccines turn COVID into a preventable disease…The vaccines work, there safe and they are going to keep you protected.”

As of July 26, the cumulative number of confirmed coronavirus cases in New Jersey was 902,870 with 594 total new PCR cases reported. There were 162 probable cases, bringing the cumulative total of antigen tests to 131,363. The total number of individual cases for the state is 1,034,233.

As for those that have passed, the state reported three confirmed deaths, bringing that total to 23,860. The state listed probable deaths at 2,719, bringing the overall total to 26,579. State officials noted four deaths occurred in the last 24 hours of reporting that have not yet been lab confirmed.

Officials reported 419 patients were hospitalized; 357 cases were confirmed and 62 are under investigation. By region, there were 173 in the North, 145 in the Central and 101 in the South.

Of those hospitalized, 78 are in intensive care units and 33 on ventilators. A total of 54 patients were discharged, while 58 were admitted.

Another 724 cases are still under investigation to determine where the person resides.

Health officials noted 27 long-term care facilities are currently reporting at least one case of COVID-19, accounting for a total of 126 of the cases, broken down between 78 residents and 48 staff.

The state’s official death total will now be reported as those that are lab confirmed, sits at 8,063 on July 26. The facilities are reporting to the state 7,878 residents deaths and 144 staff deaths.