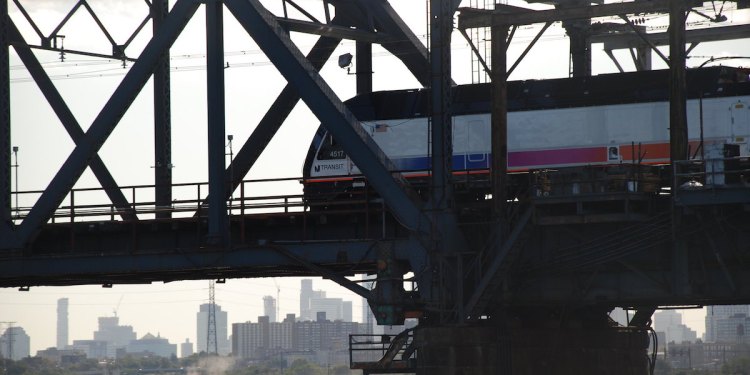 The New Jersey House Delegation continues to form a united front in making sure the Garden State gets its fair share of federal dollars when it comes to transit relief.

All 12 members in the House representing New Jersey urged the Federal Transit Administration (FTA) to reaffirm its long-standing formulas and existing guidance which clearly states that federal relief funds should be properly split between New Jersey, New York, and Connecticut.

The demand comes as New York is attempting “to blow up” traditional formulas and take critical transit resources from New Jersey and Connecticut, according to federal lawmakers led by Rep. Josh Gottheimer.

Previously, emergency funding appropriated for COVID relief for transit agencies in the New York metro area was allocated based on Congress’ goals and long-standing FTA formulas and guidance. According to New Jersey legislature, New York officials are attempting to unilaterally appropriate itself a larger share of the federal resources than the FTA formula would allocate, leaving New Jersey and Connecticut out of fully receiving intended transit relief from the Coronavirus Response and Relief Supplemental Appropriations (CRRSA) Act and the American Rescue Plan (ARP) Act.

“In the midst of a global pandemic, New York is attempting to buck long-standing conventional fund-sharing standards to short change its neighboring states,” the Members wrote in a letter to Federal Transit Administration Administrator Nuria Fernandez. “The ongoing impasse…threatens the availability of much-needed transit agency funding and could force reductions in NJ Transit service.”

“In light of this controversy — and a rapidly approaching grant application deadline — we urge the FTA to reaffirm the traditional apportionment model and inform New York that its unilateral approach is unacceptable.”

The federal relief is intended to mitigate revenue losses from reduced ridership due to the COVID-19 crisis. For NJ Transit, in the current fiscal year, revenue is projected to decline $494.6 million year-over-year—a 66.9% decline. Sharply decreased ridership is to blame, with rail ridership down 80% and bus ridership 50% since before the pandemic.

New Jersey lawmakers noted New York’s MTA transit system has already received billions of dollars in emergency federal COVID-19 relief as well as the $1.5 billion they receive every year from the federal government.

The members noted the bipartisan Coronavirus Aid, Relief, and Economic Security (CARES) Act, enacted by Congress in March 2020, allocated $22.7 billion to transit agencies, including more than $5.4 billion to the New York-Newark, NY-NJ-CT area. That funding was quickly apportioned by the three states using guidance from the FTA — the same guidance historically used by the three states on an annual basis to apportion federal funds.

As the COVID-19 pandemic continued, Congress acted twice more to appropriate funding, including $13.3 billion via the CRRSA Act and $26.1 billion via the ARP Act. However, unlike the straightforward apportionment of the funding—based on historical precedent—that occurred following the CARES Act, New Jersey lawmakers want the impasse with New York to be resolved before additional critical funding can be delivered to the tri-state area.