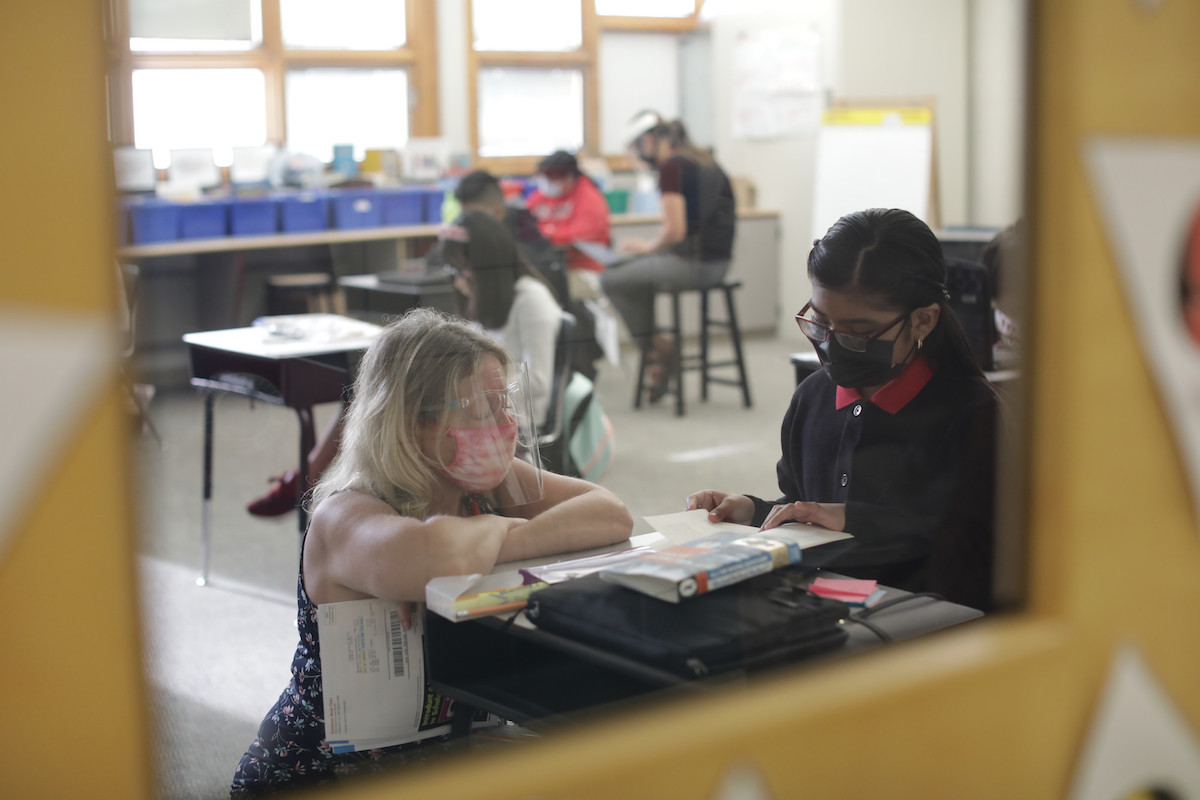 Ahead of Murphy’s official announcement of the mandate on Aug. 6, a slew of GOP members issued statements criticizing the move, calling it a step backwards in the state’s fight against the coronavirus pandemic and a measure that does more harm than good to children.

They also believe whether a student wears a mask is a decision best left to parents—not the governor.

“The science is clear: nearly all children who contract COVID-19 are asymptomatic or mildly symptomatic and wearing masks for children is terrible for their social and emotional development,” Ciattarelli said.

The GOP nominee called Murphy’s decision a “bewildering reversal” of the administration’s previous stance on masking in schools, while State Sen. Joe Pennacchio (R-26) called it an “edict” that is “devoid of any science and data in its support.”

Mandate Comes As Delta Bears Down

In late June, Murphy announced the state was not planning on any mask mandates in schools for the 2021-22 academic year and would leave it up to each district to set their own rules regarding face coverings.

However, he has repeatedly cautioned those plans could change if the state’s COVID figures trend in the wrong direction.

Murphy’s decision on to restore the mandate comes as the fast-spreading Delta variant is causing a surge in cases both in New Jersey and across the country.

It aligns with the Centers for Disease Control and Prevention’s (CDC) latest recommendation that K-12 students mask up, primarily because children under the age of 12 are not yet eligible to get vaccinated against COVID-19.

‘More Trouble Than They Are Worth’

But Republican lawmakers are of the belief that there are other avenues that should be explored and considered. Assemblyman Brian Bergen (R-25) said, “The governor’s new mandate and the CDC recommendations are looking at the issue from only one angle. They are not considering the damage to our kid’s emotional wellbeing.”

“We need to add that element, and when we do, the answer is no mandatory masking in schools. The long-term harm to kids from masking is psychologically enormous and disrupts learning,” he said.

“My Republican colleagues and I held a virtual hearing on masks, and we heard from experts who asserted that masks in school are more trouble than they are worth,” he said.

Wirths, meanwhile, called on the state to let each school district decide on public health measures.

“School boards have been hearing from students and parents in public meetings for months, yet they have been tossed aside in the decision making,” Wirths said.

“Local districts are in the best position to make these decisions and they should be allowed to do their job. We know children are the least at risk for this virus and the most at risk for the long-term negative effects on mental health that all these mandates could cause.”

Ciattarelli: This Is ‘First Step’ Towards Another Lockdown

Additionally, Republicans took aim at Murphy for not receiving input from the state Legislature or public before issuing the latest mask rule, saying it is the latest in a string of unilateral pandemic-related decisions by the governor.

Assembly minority leader Jon Bramnick (R-21) said, “Decisions related to COVID policy continue to be made without any legislative hearings. My concern focuses on the rights of every citizen to be heard through their legislature with an opportunity to hear from medical experts. Democracy requires transparency.”

Ciattarelli raised concerns that the school mask mandate is just “the first step” towards Murphy reinstating a state of emergency, which was only recently lifted after being in effective for more than a year.

“Another Murphy lockdown is something our children, businesses and taxpayers cannot afford or are willing to accept,” he added.