Malinowski: Moral Obligation to Help Afghans Who Helped Us 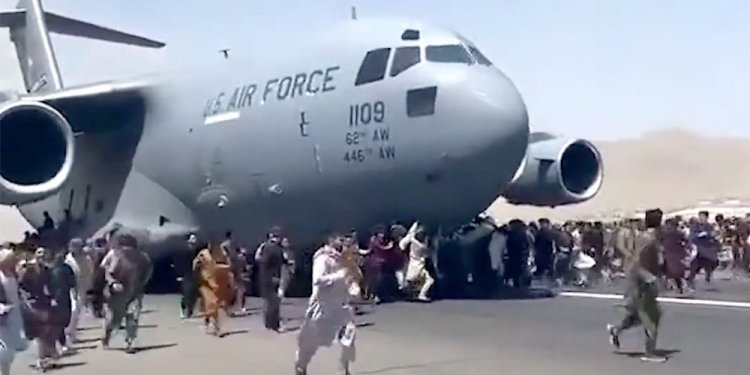 Rep. Tom Malinowski is imploring the Biden Administration to do everything in its power to help Afghans who supported American troops for the nearly two decades in Afghanistan.

“We all agree here that we have a moral and strategic obligation to help the Afghans who helped us, and to help the Afghans who bet their lives on the future that America promised them,” said Malinowski on Aug. 16 after the collapse of the Afghan government in the face of an offensive by the Taliban. “The good news is that the administration has accepted that in principle. They have committed themselves to the broadest possible evacuation of people in several categories.”

“Now that commitment has to be operational. It’s not enough just to make it on paper,” the congressman said. “As others have pointed out, (the U.S. must) make a clear public commitment that we will hold that airport for as long as it takes.”

President Joe Biden defended his decision to withdraw troops from Afghanistan, blaming the chaotic scenes and swift collapse of the Afghan government on the refusal of the country’s military to stand and fight in the face of the Taliban advance. Speaking to the American people, President Biden said he had no regrets about his decision to end the longest war in United States history but lamented that two decades of support failed to turn the Afghan military into a force capable of securing its own country.

“We gave them every tool they could need. We paid their salaries. Provided for the maintenance of their airplanes,” President Biden said. “We gave them every chance to determine their own future. What we could not provide was the will to fight for that future.”

Malinowski said the priorities start with American citizens and those who worked for various missions in Afghanistan, followed by Afghans eligible for the Special Immigrant Visas (SIV) who directly aided the U.S. military effort in the country.

The congressman said the U.S. must allow for a broader category of Afghans who are at risk of retribution from the Taliban, “everything from women’s rights and human rights leaders and journalists, and people who were students or faculty at the American University in Afghanistan, and many others.”

“As others have pointed out, these people are not going to be able to come to the airport with their passports, and their IDs, and their application documents for visas. We are going to have to identify them probably based on their telephone numbers,” said the former Assistant Secretary of State for Democracy, Human Rights, and Labor in the Obama administration. “The good news is the State Department has their telephone numbers. They have a list of people who need to be evacuated. We need to start calling those people the moment the airport is secure and bring them there.”

In Malinowski’s view, it is imperative that U.S. troops secure the the runways to enable the Afghans approved for evacuation to come to the airport as soon as possible so that they can stage there for as long as it takes before flights can come to pick them up.

Malinowski conceded this will require American troops, “more troops than we had before President Biden made this decision. Let the irony of that sink in. That is what is required right now.”

“This morning I heard about a group of Afghan women, including a woman who was on the government’s peace delegation in Doha, viciously beaten by the Taliban near the airport,” stated the Congressman. “The reason why we need them at the airport now, is because with every passing hour it is going to become harder for Afghans on our list for evacuation to get to the airport safely.”

Rep. Josh Gottheimer said while it is hard to witness the “chaos” and “drastic, haphazard withdrawal,” America’s top priority must be to protect U.S. citizens, the Afghans who put their lives on the line to assist us, and those who remain in peril at the hands of the Taliban.

“No amount of effort should be spared in doing so,” said Gottheimer in a Facebook posting. “For nearly 20 years, our brave men and women served honorably in Afghanistan to confront the threat of al Qaeda and to deny terrorists a safe haven from which to attack America— we must never allow such a threat to reemerge. Nevertheless, this takeover by the Taliban is painful to witness and a tragic outcome for the Afghan people, for women, and for human rights.”

Rep. Bill Pascrell, Jr. echoed the statement by President Biden in thanking the “brave servicemen and women, and the families, for their tremendous sacrifice and dedication over these two difficult decades” but that the decision to leave Afghanistan was the right one.

“Whether because of tactical inferiority, poor planning, lack of troop pay, or even outright corruption and treachery, the utter disintegration of the Afghanistan army in the face of the Taliban makes clear that there would never have been a ‘right moment’ to depart the battlefield,” said Pascrell, a veteran of the Army and National Guard. “What we are seeing in Afghanistan is a historic tragedy for the Afghan peoples. I weep for them.”

“But America’s initial mission, to root out al-Qaeda and eliminate a haven for international terrorism, had long past ended. Just as we did not enter Afghanistan alone, we cannot carry the burden by ourselves. We relied on allies to step up and it appears they failed to do so. It is time to leave Afghanistan.”

The 9th Congressional District representative said the priority now must be protecting and rescuing from harm Americans, members of the free press, and any translators or other Afghans and their families who courageously aided our troops and our mission in Afghanistan.

“Those who stood beside us cannot now be abandoned. Between paperwork or summary execution, there is no choice and no excuse for the pathetic delays we are seeing,” he stated. “America must be a land of safe harbor for refugees. Welcome these men, women, and children into our arms now.”

Federal lawmakers said the their are lessons to learn from this conflict and previous ones going forward.

“Are we going to leave people behind, as we did in South Vietnam? Or are we going to hold the beach until everybody is taken off that beach? I hope that it’s the latter,” said Malinowski.

Pascrell added the world where the snapshots of Allied victory in World War II that have defined the identity of the U.S. since 1945 “no longer exist.”

“Wars can no longer be won in such a way and we as a people and government must accept that. Entering military conflict without a clear objective, exit strategy, and understanding of the region’s culture remains a recipe for disaster,” said Pascrell. “The fall of Afghanistan should chill us. These images we watch today must be warnings tomorrow. What we do now is not just for posterity but must guide our nation for generations to come.”