Sen. Bob Menendez Slams ‘Series of Mistakes’ Made in Afghanistan 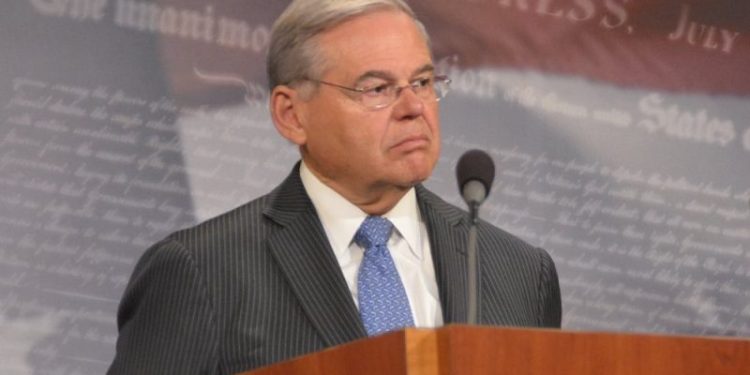 Sen. Bob Menendez slammed the policy efforts that led to the current situation in Afghanistan.

Menendez, Chairman of the Senate Foreign Relations Committee, called out both Republican and Democratic administrations for a “series of mistakes” made over the past 20 years.

“For years, I have argued that the withdrawal of U.S. forces must leave a durable political settlement in place. The wholly inadequate agreement the Trump Administration made with the Taliban did not get commitments for the Taliban to break ties with al Qaeda, nor did it account for the day after our withdrawal,” he said.

Menendez added, “In implementing this flawed plan, I am disappointed that the Biden Administration clearly did not accurately assess the implications of a rapid U.S. withdrawal. We are now witnessing the horrifying results of many years of policy and intelligence failures.”

Menendez noted, as Chairman, he will make sure the committee investigates what went wrong in the withdrawal and assess why the Afghan National Defense and Security Forces collapse occurred in the first place.

Additionally, Menendez lamented the wasted funding and lies told to the American and Afghan people.

“To see this army dissolve so quickly after billions of dollars in U.S. support is astounding. The American and Afghan people clearly have not been told the truth about the Afghan Defense and Security Forces’ capacity and deserve answers,” stated New Jersey’s senior senator, who promised the investigation will examine a path forward focused on the international response to the looming humanitarian and human rights catastrophe under a Taliban-led regime.

Focusing on Evacuations in Immediate Aftermath

Menendez argued the most important thing to do as the Taliban took control of the country was to evacuate both American citizens and vulnerable Afghans. He specifically noted women, journalists, and civil society activists who advocated for a more democratic Afghanistan were now being targeted by the Taliban.

“There were clear policy execution and intelligence failures associated with our withdrawal and its aftermath,” he said. “How the U.S. handles the evacuation over the next few days will have implications well beyond Afghanistan and will impact our ability to build coalitions and work with partners moving forward.”

Rep. Tom Malinowski raised similar sentiments, arguing the country had a “moral imperative” to help Afghans “who bet their lives on the future that America promised them.” Additionally, he noted the efforts must be immediate.

“This morning I heard about a group of Afghan women, including a woman who was on the government’s peace delegation in Doha, viciously beaten by the Taliban near the airport,” stated the Congressman. “The reason why we need them at the airport now, is because with every passing hour it is going to become harder for Afghans on our list for evacuation to get to the airport safely.”

Menendez thanked the service members, diplomats, and non-government organization workers who served during the military campaign in Afghanistan, those who had made the ultimate sacrifice, and those still working to evacuate people from the country.