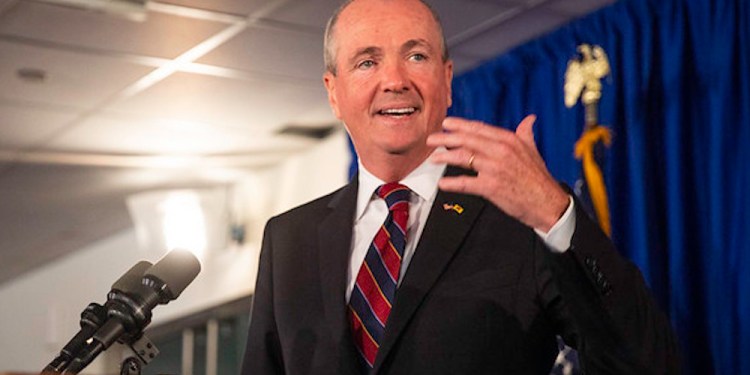 Gov. Phil Murphy is returning from vacation to good political news—the latest poll from Monmouth University shows him still maintaining a sizable lead in his bid to be a second term governor with nearly half of respondents having a favorable view of him.

A dive inside the numbers show Murphy being boosted by Independent voters, the state’s growing minority communities and sizable leads in North and Central Jersey.

“These results illustrate the challenge any Republican running in New Jersey would face this year,” said Patrick Murray, director of the independent Monmouth University Polling Institute in a press statement releasing the poll Aug. 18. “One place to start is Central Jersey.”

Regionally, Murphy holds substantial advantages in the Northern (60% to 29%) and Central (52% to 38%) parts of the state. Ciattarelli has a lead of five percentage points, 45%-40%, in South Jersey.

“Chris Christie won (the Central) region by 15 points when he narrowly ousted a Democratic incumbent in 2009, but it appears to be Murphy territory this time around,” said Murray. “The key to GOP victory in the past has been winning over upper-income moderate Republicans in Somerset County and working-class swing voters in Middlesex.”

But the pollster noted these voters over the last six years have moved away from Republican politicians since Donald Trump emerged as the leader of the party and the national party increasingly holding more conservative views.

“Both these groups have swung decidedly toward the Democratic party during the Trump era, and it doesn’t look like they are about to swing back any time soon—even for someone like Ciattarelli, who is one of their own,” opined Murray.

And while both candidates claim formidable leads among voters who identify with their respective parties, Murphy holds a 44% to 38% edge among voters who do not see themselves as aligned with either party.

Besidens regionally, Murphy has a significant advantage among voters of color—85% to 5% among Black voters and 69% to 19% among Latinos, Asians, and multiracial voters.

Ciattarelli holds a 49% to 40% lead among White voters, but there is a split based on education. His lead with this group is largely due to White voters without a bachelor’s degree (55%-34%), but White college graduates prefer Murphy by seven percentage points (48%-41%) for Ciattarelli.

Monmouth found three models they polled did not alter the proposed outcomes of the race, just the margin of victory for Murphy. The incumbent governor holds similar leads among voters who have cast ballots in every general election since 2016 (53%-38%) and those who voted in only two or three elections during that time (51% to 35%).

The Race Remains the Same

When the potential electorate is limited only to voters who cast ballots in the 2017 gubernatorial election, Murphy increases to a margin of 17 percentage points, 54%-37%.

The only group Ciattarelli makes a real dent with are voters who describe themselves as being more enthusiastic about this year’s race versus past elections for governor. The challenger defeats Murphy by a 51% to 44% margin, but the cohort make up only 27% of all voters.

“There is not a lot here to suggest that a focus on turning out different types of voters will lead to a significant shift in the current state of the race.,” said Murray. “It will require something more fundamental in the issues driving the race to do that.”

The poll aligns with previous polls of the race. Days after the June 8 primary, an FDU Poll found Murphy leading his GOP challenger by 48% to 32% margin with a Rutgers-Eagleton poll during the same time showed 52% of registered voters say they would vote for Murphy in his race with Ciattarelli in a  who received support of 26% respondents. And a May Monmouth poll found 48% say they would vote to reelect Murphy compared with 43% wanting to vote for another candidate.

Sen. Bob Menendez Slams ‘Series of Mistakes’ Made in Afghanistan