New Jersey Gas Tax Rate to be Reduced by 8.3 Cents

The price at the pump will go into effect Oct. 1 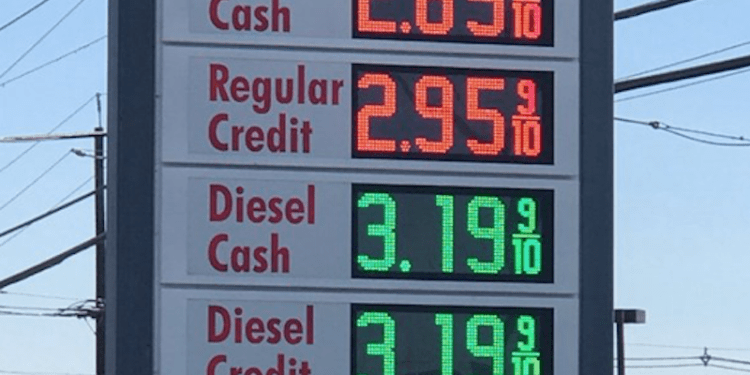 After rising just over nine cents a gallon last year, the price of gas will come down nearly the same amount five weeks from now.

The New Jersey Department of the Treasury announced on Aug. 24 that New Jersey’s gas tax rate will decrease by 8.3 cents per gallon beginning Oct.  1 in compliance with the 2016 law that requires a steady stream of revenue to support the State’s Transportation Trust Fund (TTF) program. The reduction comes a year after the gas tax was increased by 9.3 cents per gallon Oct. 1, 2020.

“Because actual consumption in Fiscal Year 2021 was so closely in line with our projections made last August, coupled with the fact that consumption in the current fiscal year is projected to be above last fiscal year’s levels, our analysis of the formula dictates an 8.3 cent decrease this coming October,” said State Treasurer Elizabeth Maher Muoio in a press statement. “We are pleased that this dedicated funding stream continues to provide billions of dollars across the state to support our critical transportation infrastructure needs.”

The Highway Fuels Revenue Target is required to be reviewed annually each August by the Treasurer, in consultation with the Legislative Budget and Finance Officer (LBFO).  The target is adjusted each year based on the prior fiscal year’s shortfall or surplus.

Under the 2016 law agreed up by then Gov. Chris Christie and Democratic legislative leaders in the State Senate and Assembly, New Jersey’s TTF program is mandated to provide $16 billion over eight years to support infrastructure improvements to the state’s roadways and bridges. In order to ensure funding for these projects, the law dictates that the Petroleum Products Gross Receipt (PPGR) tax rate must be adjusted accordingly to generate roughly $2 billion per year.

According to the State Treasury, highway fuels revenue collections in FY 2021 are projected to exceed the FY 2020 Highway Fuels Revenue Target by $58.8 million. But actual shortfall for FY 2020 ended up being $8.1 million higher than the $156.0 million shortfall that was projected last August.

Because actual consumption in FY 2021 was in line with projections, the Treasury officials believe the PPGR tax rate did not need to be increased to make up for any shortfall in highway fuel revenue collections from the prior fiscal year.

While consumption of gasoline and diesel fuel in FY 2022 is projected to be 14.3% lower than FY 2016 levels since many workers will continue to work from home, the state treasury projects it to be above FY 2021 levels when more widespread restrictions related to the pandemic were in place. As a result, the FY 2022 PPGR tax rate will be lower than in FY 2021 because there is no shortfall in prior fiscal year collections, but it will continue to be above the original 22.6 cent tax rate.