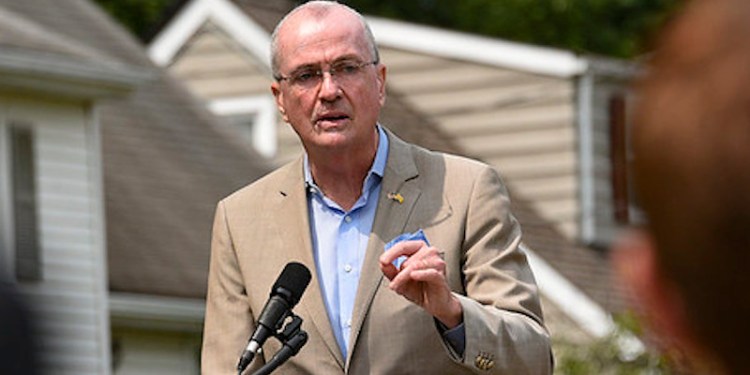 Gov. Phil Murphy announced his administration will not extend unemployment benefits to about a half million resident in New Jersey, stating it was “cost prohibitive” and would draw funds needed for other essential programs as the state continues to recover from the coronavirus pandemic.

“The proper way to extend federal (unemployment insurance) benefits is through federal action, not a patchwork of state ones,” said Murphy, in a move that affects approximately 500,000 state residents according to state labor department estimates.

The decision by the Murphy Administration affects recipients in three unemployment insurance  programs. About 250,000 New Jerseyans are currently receiving Pandemic Unemployment Assistance (PUA), providing benefits to people who wouldn’t normally qualify for traditional unemployment such as gig workers and the self-employed.

Another 190,000 people will lose the Pandemic Emergency Unemployment Compensation (PEUC), which adds 13 weeks of benefits for people who exhaust their regular payments. But approximately 100,000 people will be moved onto a different extended benefit program, according to state’s Labor Department officials.

Finally, recipients will no longer receive the $300 per week supplemental payment. That payment had been a political lightning rod as critics, including business owners, said it tightened the labor force market and forced them to raise wages as they attempt to recover from business lost over the past 18 months.

Murphy said the cost to the state to continue the three programs at current levels would be approximately $1 billion a month.

The governor noted New Jersey is not alone in making this decision.

No Extensions in U.S.

“We recognize the impact that this will have on some families facing unemployment issues,” said Murphy. “But no state is extending the benefit expiring this Saturday.”

The first-term governor has been criticized by Republicans for not using enough ARP money to help residents of the Garden State.

Murphy sought to refute that argument, highlighting that his administration has funded programs for those “suffering through the economic impacts of the pandemic (investing) in rent-assistance, food-assistance, child-care assistance, health-care affordability assistance, and other assistance programs we have set up and which are funded through billions of dollars of federal coronavirus relief programs.”

In making the decision, the Murphy Administration has decided to prioritize using ARP funds to support small businesses and start-ups.

“We cannot crowd out essential investments in other areas including for the assistance programs I mentioned, as well as for our schools and colleges and universities,” said Murphy. “We must ensure that we are appropriating these funds judiciously for the greatest possible long term recovery.”

Since the start of the pandemic, New Jersey has distributed $33.7 billion worth of jobless benefits, $25 billion of which came from new federal programs.

As of Aug. 30, the cumulative number of confirmed coronavirus cases in New Jersey was 950,175 with 1,327 total new PCR cases reported. There were 280 probable cases, bringing the cumulative total of antigen tests to 139,663. The total number of individual cases for the state is 1,089,838.

As for those that have passed, the state reported eight confirmed deaths, bringing that total to 24,133. The state listed probable deaths at 2,731, bringing the overall total to 26,864. State officials noted 12 deaths occurred in the last 24 hours of reporting that have not yet been lab confirmed.

The state reported 1,034 patients were hospitalized; by region, there were 400 in the North, 307 in the Central and 327 in the South. Of those hospitalized, 209 are in intensive care units and 107 on ventilators. A total of 104 patients were discharged.

Health officials noted 133 long-term care facilities are currently reporting at least one case of COVID-19, accounting for a total of 850 of the cases, broken down between 449 residents and 401 staff.

The state’s official death total will now be reported as those that are lab confirmed, sits at 8,463 on Aug. 30. The facilities are reporting to the state 7,905 residents deaths and 144 staff deaths.