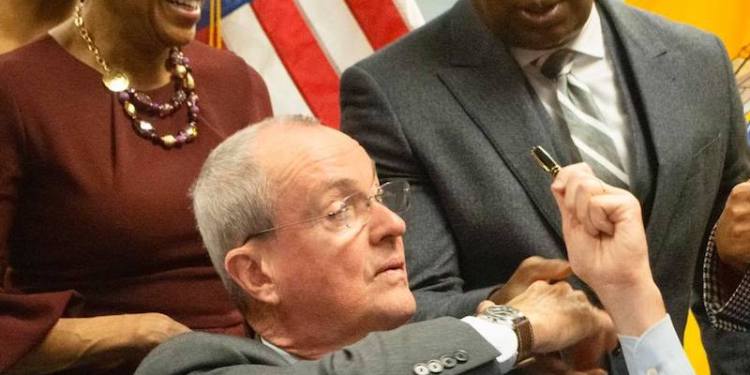 Newark residents are firmly in support of Gov. Phil Murphy and Mayor Ras Baraka according to results of recent poll of New Jersey’s largest city. But the report found surprisingly low numbers for Rep. Donald Payne, Jr., who last year won the 10th Congressional District by a margin of 70 percentage points.

The survey additionally found Newark residents would prefer more racial and ethnic diversity in their schools, but most don’t consider the neighborhoods within they live to be segregated by and ethnicity. Those results come from a recent Fairleigh Dickinson University (FDU) Poll, the first major study of the population of the Brick City in years.

The survey found Democratic politicians generally remained popular, with Baraka having a 60% favorable rating overall. Murphy enjoyed strong approval ratings in the city as 64% approve of his job performance, with just 16% saying that they disapprove of him, and only 20% saying that they don’t have an opinion, or declining to answer. Among the Democrats who make up the majority of the city, Murphy’s approval is at 74%.

Regarding Murphy’s popularity in the state, Dan Cassino, executive director of the FDU Poll and a professor of Government and Politics at the school, offered that “Murphy seems to be in good shape in Newark. But all the support in the world doesn’t matter if you can’t get people to the polls, and that’s always the challenge in an off-year election like the one coming up.”

Payne’s low name recognition extends to the groups that should be his main sources of support: among Democrats who approve (47%) of the Congressman are about equal with those having no opinion (45%). Among Black voters, 48% approve of Payne, while 43% don’t know enough to have an opinion. These numbers are lower among Hispanic or Latino/a residents, two-thirds of whom (66%) say that they have no opinion of Payne, with only 23% approving.

“Payne is a formidable candidate who’s fought off a number of challengers in the past,” said Dan Cassino, executive director of the FDU Poll and a professor of Government and Politics at the school. “But he only has to look next door to the eleventh district to see how quickly that can change.”

Cassino reference was when Republican Rodney Frelinghuysen, who had gone without a serious electoral challenge for more than a decade and risen to chair one of the most powerful committees in the House of Representatives, resigned rather than face a hotly contested election in 2018. That seat is now held by a Democrat, Rep. Mikie Sherrill.

While Payne is not up for re-election until next year, he already has a challenger for the Democratic primary, activist Imani Oakley. Oakley has challenged Payne on his high number of missed votes and positioned herself in opposition to the state’s powerful political machines.

It’s a race that drew comparison from Cassino to a race that launched one of the more well-known Congresswoman in the House of Representatives.

“Oakley pretty clearly sees this district as being similar to the one Alexandria Ocasio-Cortez was able to pick up in 2018,” said Cassino. “Incumbency normally helps candidates because it builds name recognition and favorability. If it hasn’t done that for Payne, he could be vulnerable.”

President Joe Biden posted the highest approval ratings of any of the candidates Newark residents were asked about. Sixty-nine percent of Brick City residents approved of him, including 84% of Newark Democrats.

Biden posted even higher approval among Black residents, at 76%; meanwhile, only 62% of Hispanic residents approved of the sitting president.

The FDU Poll found that the long-time concern of school funding remained present in Newark. Even with supplemental state funding through the court-mandated Abbott system, 56% of Newark residents chose well-funded schools over any racial considerations.

Hispanic residents were the most likely to say have teachers of the same racial or ethnic make-up as their students was important; 24% of Hispanics indicated as much, compared to 10% of Whites and 20% of Black residents.

“Newark residents are telling us that they care more about funding schools than they do about the racial make-up of those schools, on either the student or faculty side,” said Cassino. “But the people who have been in those schools most recently are much more worried about having teachers that look like their students.”