Bill to Combat Hazing at College Campuses Signed into Law 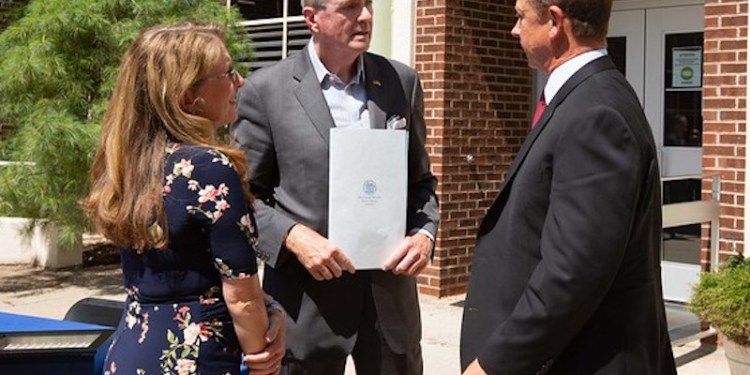 With college campuses welcoming students back for the 2021 Fall semester, some North Jersey parents may be relieved to know new anti-hazing rules should better protect incoming students.

“The safety of our students is our top priority, and we must do all that we can to protect them from cruel and dangerous hazing rituals,” said Murphy. “With today’s bill signing, we honor Tim Piazza’s life and make our strongest effort yet to root out hazing to prevent similar tragedies.”

The anti-hazing law was named after Piazza, who died during a fraternity hazing ritual in February 2017 while attending Penn State University. He was 19 years old.

“This law will be the stiffest in the country and will hopefully deter this bad behavior and hold those accountable who choose to put someone’s well-being and/or life at risk as part of an initiation ritual,” said Jim Piazza, along with his wife Evelyn, the parents of Timothy, at the signing ceremony.

Stipulations Under the Law

Additionally, the bill would require high schools, universities, and student organizations to take a more active role in preventing and punishing hazing activities. Fraternities and sororities would be included in the list of organizations working to prevent the practice.

State Sen. Kip Bateman (R-16), who introduced the legislation, recounted a letter sent to him by a then-12-year-old student named Matthew Prager in the aftermath of Piazza’s death. In the letter, Prager asked the lawmaker to introduce legislation to prevent hazing in honor of Piazza.

“To this day, I am grateful to Matthew for sending me that letter. No student deserves to go through the ritual humiliation that 19-year-old Timothy Piazza experienced. With the signing of this bill, hazing will no longer be tolerated in New Jersey,” he said.

State Senate Republican Leader Tom Kean (R-21) said that despite the humiliation and violence connected to hazing culture, more than half of students were hazed at some point during their college career.

“This legislation sends a clear message: if you engage in deplorable acts like hazing, you will be prosecuted to the fullest extent of the law,” he said.