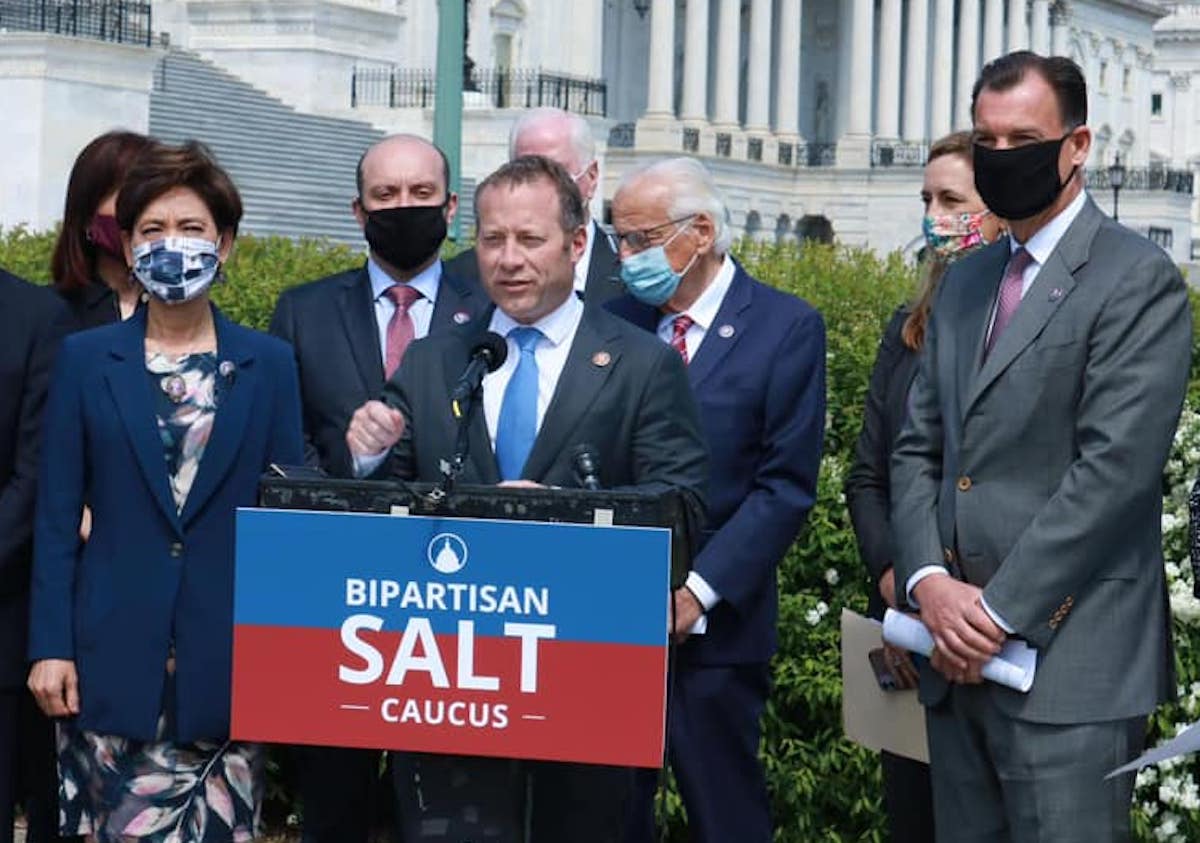 Next up for Rep. Josh Gottheimer: a reconciliation budget bill that is shaping up to be round two against the progressive wing of the Democratic party.

After negotiating a deal to secure a date that separated the Infrastructure Investment and Jobs Act from a budget that will need to go through the reconciliation process, Gottheimer wants House Democrats to focus on a budget that can pass the U.S. Senate.

While talks on the budget will not heat up until mid-September when the Senate reconvenes after their Summer break, the Congressman believes the process will take the form of deals that secured the infrastructure deal as well as the coronavirus stimulus bill late last year.

“I think there will be preconference conversations that go on to make sure the budgets are aligned,” said Gottheimer in an exclusive interview with North-JerseyNews.com this week.

What he is adamant about is not wasting time in passing a messaging bill that has no hope of getting 50 votes in the Senate. And pointed out that he is in alignment with the Speaker of the House Nancy Pelosi (D-CA) on the issue.

“The Speaker has made clear she plans to only bring something to the floor of the House that can be passed in the Senate,” noted the Congressman. “We can now start the work with markups in committee to produce a budget.”

The price tag for the budget—$3.5 trillion—is another instance where the centrist Gottheimer is not in alignment with the more liberal members of the party.

“I have said that the number seems aggressive but I need to see the specifics,” said the North Jersey lawmaker. “I want to see how the bill it will benefit my district.”

At the top of that list is getting rid of the state and local tax (SALT) tax deduction cap voted in by Republicans in 2017 that outwardly affected blue states such as New Jersey. Gottheimer is a member of The SALT Caucasus that has pledge to get relief for taxpayers across the U.S.

SALT is a Priority

“I have said publicly, No SALT, no dice,” Gottheimer stated. “And I still stand by that.”

But it is securing a date for the infrastructure bill that had the Democrat front and center during the month of August. Gottheimer and eight other House Dems fought to secure a vote on the infrastructure to ensure it would not be used as a bargaining chip in budget negotiations.

“It’s a big deal that we got that date,” he said. “That each bill stands on their own merits is very important.”

Gottheimer had waged a campaign that included a highly visible role of North Jersey union workers to secure the date due to the urgent need to fix the roads, bridges, water lines and fund the Gateway Project. The centrist coalition, with the ability to defeat the legislation due to the Democrats slim majority, had argued passing the bill was urgently needed to move forward on President Joe Biden’s agenda, warning that “time kills bills.”

“With roads and bridges crumbling across New Jersey and our nation, this agreement does what we set out to do: secure a standalone vote for the bipartisan infrastructure bill, send it to the President’s desk, and then separately consider the reconciliation package,” said Gottheimer. “This is a big win for Jersey that will help get people to work and shovels in the ground.”

But while a date was secured, there are still those in the Democratic party not willing to concede the two bills will be separated. Rep. Pramila Jayapal (D-WA), chair of the Congressional Progressive Caucus, reiterated the caucus’ position in tying the budget and infrastructure together.

“We will work to first pass the Build Back Better reconciliation bill so we can deliver these once-in-a-generation, popular, and urgently needed investments to poor and working families, and then pass the infrastructure bill to invest in our roads, bridges, and waterways,” stated Jayapal in a press statement released the day the agreement was reached. “As our members have made clear for three months, the two are integrally tied together, and we will only vote for the infrastructure bill after passing the reconciliation bill.”

Despite the pledged from the progressive caucus, Gottheimer is confident of passage and was appreciative of the statement that Speaker Pelosi made after a deal was reached that specifically thanked “Congressman Gottheimer for his enthusiastic support.”

With the Speaker’s history of getting tough bills that she supports through the House, the North Jersey congressman noted Pelosi pledged ”to rally House Democratic for support of its passage” by the Sept. 27 vote date.

“It’s important when we vote on this (being) how important it is for New Jersey and the situation we are in,” said “People threatening to kill (the infrastructure bill) is unacceptable.”

North-JerseyNews.com Roundup for Sept. 2, 2021 as Gov. Murphy declares a State of Emergency

North-JerseyNews.com Roundup for Sept. 2, 2021 as Gov. Murphy declares a State of Emergency