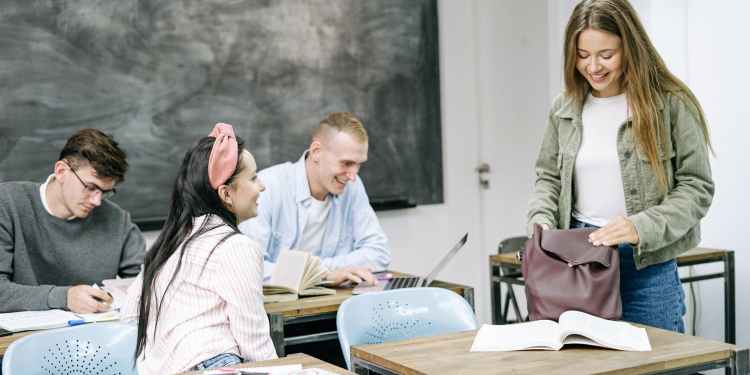 Photo by Ivan Samkov on Pexels.com

With middle school students enjoying the waning days of summer, a new school year is just around the corner. And it could be unique in that it will be last year civics instruction will not be required at the middle school level.

That’s because Gov. Phil Murphy recently signed S-854 into law, which will require civics instruction at the middle school level starting in the 2022-2023 school year. The bipartisan legislation, which was sponsored in part by State Sens. Tom Kean (R-21) and Shirley Turner (D-15), would address a gap in the Garden State’s required curriculum.

“By deepening civics instruction in middle school and high school, we are giving students the tools they need to be more engaged and informed citizens,” said Gov. Murphy at the time. “An understanding of civics strengthens our democracy by ensuring an understanding of the role that everyone plays in the future of their community, our state, and our nation. I am proud to sign this bill into law and honor Laura Wooten’s incredible civic legacy.”

Before the establishment of the law, New Jersey was among a minority of states that didn’t require the topic to be studied by middle school students. Additionally, it would ensure middle and high school students were acquainted with the underlying principles of the American system of government and citizens’ roles in it.

Less than 40% of New Jersey schools voluntarily offered civics courses before the installment of the bill, according to the New Jersey Center for Civic Education at Rutgers.

“The future of our nation depends on people who appreciate the freedoms and responsibilities of our democracy,” said Kean on the day the bill was signed into law. “The lessons learned in civics class will well prepare our school children for their future roles in government, as dedicated elected officials or as part of a well-prepared electorate.”

Addressing the ‘Breaking Point’ of the Insurrection

Sen. Turner positioned the bill as a way for the state to heal itself after witnessing the Jan. 6 Insurrection at the Capitol Building. She argued it was more important than ever before to safeguard American democracy, and argued future generations should learn more about the system.

Additionally, she noted the issue had been on politicians’ radar for years, and was happy that action was finally being taken to address this lack in knowledge of the American political system.

“The lack of civics knowledge creates a challenge to maintaining a perfect union, establishing justice, and ensuring domestic tranquility. We must learn to work together for the good of all of our communities and begin to bridge the deep political divide that exists in this country,” she said.

The bill, often referred to as “Laura Wooten’s Law,” was so-named in honor of Laura Wooten. Ms. Wooten was the longest continuously serving poll worker in U.S. history, and was also a New Jersey resident.

For 79 years, Ms. Wooten worked polls in New Jersey before her death in 2019. The North Carolina-born woman volunteered at local, primary, and general election polls during that time period.

A Mercer County resident, Ms. Wooten survived to the age of 98, and was a vocal proponent of ensuring American citizens had their voices heard via the process of voting.