by Rafael Navarro
in Trenton
0 0
0 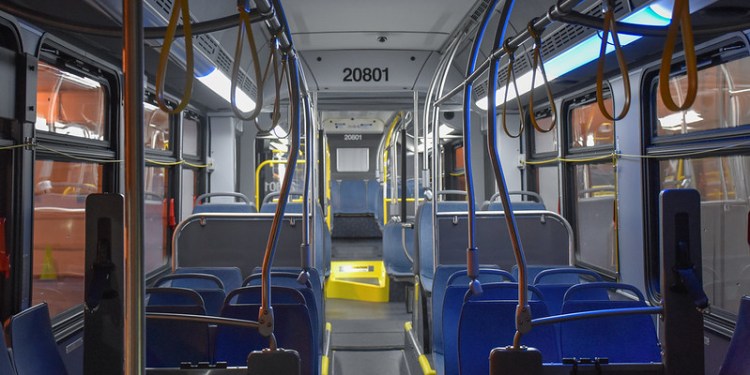 As part of its commitment to a 100% zero-emission bus fleet, NJ Transit (NJT) has released a Request for Proposal (RFP) for firms to develop innovations and best practices for a transition to a more environmentally-friendly bus system.

The Zero-Emission Bus System Design and Investment Planning Study will be critical in the process of identifying and prioritizing the investments needed to achieve a cleaner, and greener bus system in the future, according to agency officials. The study will identify the investments that are needed for a successful transformation of the bus network.

“This study will allow us to maximize the investments we’re making to transition to a 100% zero-emissions bus fleet,” said NJT President & CEO Kevin S. Corbett. “In May, we released a comprehensive plan to achieve that goal by 2040, which includes many efforts already underway.”

This study is set to create a solid foundation drawing upon NJT’s institutional knowledge and organizational capacity as it attempts to expeditiously advances its pivotal preparations for its upcoming zero-emission bus deployments and infrastructure investments.

Zero-emissions buses do not produce any emissions at the tailpipe and will be prioritized for use in low-income, urban, or environmental justice communities. This clean energy approach to public transportation will help spur both economic and environmental sustainability in the future.

Transit officials argue that i an area as densely populated as New Jersey, providing reliable and efficient public transportation options is key in the state’s continued efforts to reduce emissions by having more commuters and travelers leave their cars behind and turn to more environmentally friendly, lower emission bus options.

With this goal in mind, NJT has begun the process of electrifying its fleet in an attempt to move more New Jerseyans to bus, which generally has significantly less emissions per rider than individual motor vehicles.

According to a greenhouse gas emissions inventory report from the New Jersey Department of Environmental Protection, nearly three quarters of transportation emissions come from personal vehicles. The Federal Transit Administration (FTA) estimates that a single occupied vehicle emits 0.96 pounds of CO2 per passenger-mile, while a transit bus emits just 0.64 pounds per passenger-mile.

The decarbonization of the transportation sector is one of the seven key strategies stated in the state’s 2020 Energy Master Plan. The transportation agency has committed to prioritizing its mission to help New Jersey achieve its goal by 2050.

In September 2020, NJT’s Board of Directors awarded a $3.2million contract to Scalfo Electric of Vineland to renovate the Newton Avenue Bus Garage in the Camden with electric vehicle charging stations and other associated infrastructure modifications. That project is targeted to be completed in Fall 2021.

In February 2021, NJT released an RFP for the purchase of eight battery-powered electric buses, to be introduced as part of an early deployment in Camden anticipated to begin by the end of this year. The limited deployment will enable the agency to study the unique benefits and challenges of using zero-emissions vehicles in a real-world setting.

In June 2021, NJT was awarded $5.15 million from the FTA for the purchase of up to four battery electric articulated buses to be utilized in the Newark region on Bus Route No. 25, based out of the Hilton garage in Maplewood.

The deadline for proposals is Sept. 16, with an expected date of a selection of a firm pending board approval to be determined thereafter.