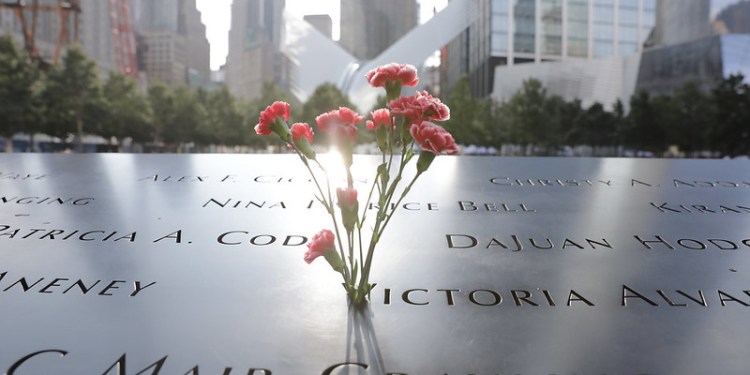 President Joe Biden recently signed an executive order directing a declassification review of key 9/11-related documents to help families finally identify and bring to justice all of the perpetrators of the terrorist attacks a generation ago.

“When I ran for president, I made a commitment to ensuring transparency regarding the declassification of documents on the Sept. 11, 2001 terrorist attacks on America,” said President Biden on Sept. 3, the day he signed the executive order. “As we approach the 20th anniversary of that tragic day, I am honoring that commitment.”

Family members and politicians have sought to get the information public to fully reveal the role the Saudi government had in the terrorist attack, as 15 of the 19 hijackers came from that country. But information that might prove their case has been off limits, classified by order of the U.S. government.

The President noted the personal connection of his decision for the families and loved ones of the 2,977 killed people during the worst terrorist attack in American history. “For 20 years, children have grown up without parents and parents have suffered without children. Husbands and wives have had to find a way forward without their partners in life. Brothers and sisters, uncles and aunts, loved ones and friends have celebrated 20 years of birthdays, family gatherings, and milestones looking at an empty chair at homes and with a hole in their hearts,” he said.

The move was applauded by Sen. Bob Menendez (D-N.J.), who recently introduced a bipartisan and bicameral September 11th Transparency Act to ensure that the U.S. Department of Justice (DOJ), the Central Intelligence Agency (CIA) and the Director of National Intelligence (DNI) declassify, as appropriate, the documents that could identify additional co-conspirators.

“For nearly 20 years, the U.S. government deprived 9/11 families and survivors of critical information that could shine a light on who is responsible for the death of their loved ones,” said Sen. Menendez in a press statement. “This is long overdue and I appreciate President Biden taking the steps to provide 9/11 families the transparency they deserve, and that my September 11th Transparency Act calls for.”

Menendez added that “there is still a long way to go to ensure that all those responsible for the attacks are held accountable.”

The executive order requires Attorney General Merrick Garland to release the declassified documents publicly over the next six months. The order states information should remain classified only if disclosure “reasonably could be expected to result in damage to the national security” and not to “conceal violations of law, inefficiency, or administrative error or to prevent embarrassment to a person, organization, or agency.”

“The families of those murdered on 9/11 have waited far too long for these documents to be declassified by the federal government,” said Senate Majority Leader Chuck Schumer (D-NY). “Keeping those documents under lock and key has been a disservice to the families of so many brave and innocent men and women who lost their lives on that horrific day. Today’s executive action…is a step in the right direction to ensuring any remaining documents be released once and for all.”

Sen. Chuck Grassley (R-IA) added, “The public has waited nearly 20 years for a full picture of everything that led up to the attacks on Sept. 11, 2001, including everyone involved in funding, planning and perpetrating these horrific acts of terrorism. (The) executive order will begin to pull back the curtain on the 9/11 records so that victims’ families, survivors and all Americans can expeditiously get the answers and justice they deserve.”

Senators from the tri-state area have championed greater transparency regarding federal 9/11 investigations, advocating on behalf of the survivors and victims families to ensure they get the answers they believe they deserve.

Among the actions was a letter sent by Sens. Menendez and Richard Blumenthal (D-CT) to U.S. Attorney General Garland and FBI Director Christopher Wray to review past decisions to invoke the state secrets privilege. Similarly, the senators co-led a letter with Rep. Jerry Nadler (D-NY) to the AG urging him to reassess the DOJ’s decision to assert the state secrets privilege in litigation brought by 9/11 victims and family members.

“The victims and survivors of 9/11 and their families have struggled for years to achieve some measure of transparency and accountability from our government, which has shrouded documents and evidence in secrecy and failed to provide any explanation or justification for continuing to withhold them,” said Sen. Blumenthal. “The American people deserve to know what their government knows about these attacks and the survivors and victims’ families deserve their fair day in court.”

In May 2020, Sen. Cory Booker joined with Sens. Menendez and Blumenthal released a statement in support of 9/11 families’ efforts to obtain relevant documents from the FBI.

“After two decades of waiting, the U.S. government has finally taken an important step to provide access to information that will help families in New Jersey and across our nation pursue justice for those they tragically lost in the 9/11 terrorist attacks,” said  Booker.

“My heart continues to be with the 9/11 families who are suffering, and my Administration will continue to engage respectfully with members of this community. I welcome their voices and insight as we chart a way forward,” stated the President.