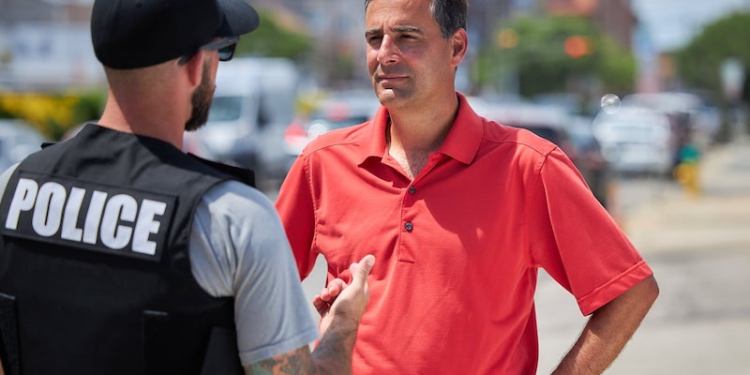 Is Vince Polistina a New Jersey State Senator, or isn’t he?

As with so many questions in politics, the answer depends on whether you ask a Democrat or a Republican. And even then, the answer is murky. Gov. Phil Murphy (D) himself couldn’t answer the question at a Sept. 1 press briefing.

“The question about the Senator—is he a Senator or not?— is above my pay grade,” Murphy said, responding to a reporter who noted that Murphy’s own Secretary of State, Tahesha Way, had certified Polistina’s selection.

Murphy then referred reporters to his chief counsel, Parimal Garg, who told reporters: “When Mr. Polistina’s sworn in, it’s a matter for the Legislature, and we don’t have any comment on that.”

Dems Not Recognizing Polistina as Senator

The stage was set in July for political drama when Republican State Sen. Chris Brown vacated his 2nd Legislative District State Senate seat to join Murphy’s administration. The Democratic governor tapped Brown as a senior adviser for issues related to Atlantic City, working out of New Jersey’s Department of Community of Affairs.

It now has been more than a month since Atlantic County Republicans chose Polistina Aug. 4 to complete the remainder of Brown’s Senate term, which ends in January.

But State Senate President Steve Sweeney (D-3) gaveled the Senate out on recess in June and lawmakers aren’t slated to return to the chamber until after the November elections. Republicans requested that Sweeney swear in Polistina, but the Senate President seems to be in no rush to do so and so far, Senate Democrats are not recognizing Polistina as a state senator. The State Legislature’s website listed the post as vacant as of Sept. 7.

Polistina (R-2) took the oath of office on Aug. 23. It was administered by retired Superior Court Judge Joseph E. Kane, instead of Sweeney, as would be customary. Polistina isn’t missing an opportunity to vote on legislation. No Senate votes are occurring right now since the body is out until November.

Polistina additionally is the GOP nominee running against Democratic Assemblyman Vince Mazzeo in the Nov. 2 general election to fill the Senate post. Seating him now would make him the incumbent in the upcoming contest.

Kean: ‘Imperative’ That District Have a Sitting Senator

Republicans are urging Sweeney to recognize Polistina as the 2nd legislative district’s senator.

“It’s imperative that the residents of Atlantic County and the 2nd Legislative District have a sitting senator who is actively fighting to resolve their problems with Gov. Murphy’s broken unemployment system, motor vehicles, and the many other important challenges that have arisen during the pandemic,” Senate Republican Leader Tom Kean (R-21) said in an Aug. 25 statement.

Kean urged that Democrats either recognize Polistina as a State Senator, or conduct a remote quorum call so that Sweeney can swear in Polistina.

“I understand there is some dispute as to the validity of the swearing-in,” Kean said. “To the extent legislative leaders believe a quorum is required or for the oath of office to be administered by the Senate President, they have simple remedies available to alleviate their concerns. Our rules allow for quorum calls to be conducted remotely and on short notice, which we have done many times during the pandemic. I’m sure Vince would be happy to travel anywhere for the oath to be re-administered by the Senate President at his convenience.”

“We are deeply concerned that Senate President Sweeney will not recognize the swearing-in of Senator Polistina. We believe the families of the 2nd Legislative District deserve the representation and support that a sitting senator can provide during this extremely difficult time,” Kean said, along with Deputy Leader Bob Singer (R-30), Conference Leader Kristin Corrado (R-40), Whip Joe Pennacchio (R-26), Deputy Whip Kip Bateman (R-16), and Budget Officer Steven Oroho (R-24).

“Republican and Democratic legislators alike have experienced a significant increase in requests for assistance from constituents who are facing a variety of challenges during the pandemic, including the well-documented issues with Governor Murphy’s broken unemployment system and the MVC,” the Republican senators said.

Polistina, an Egg Harbor resident, is a former assemblyman, serving from 2008 through 2011.