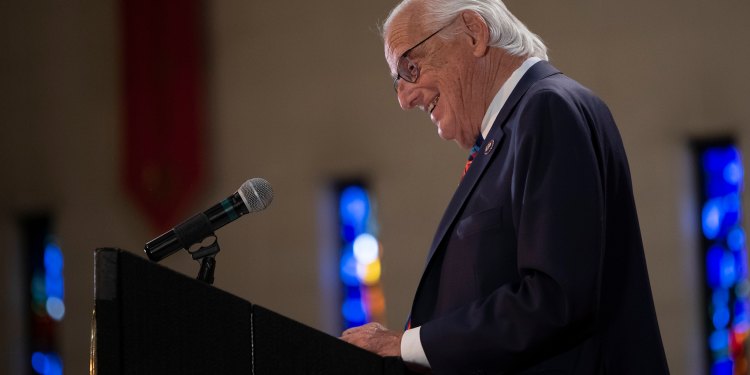 “Public servants should not be able to treat the federal government as a piggy bank to be pilfered from and pillaged,” said Pascrell in a press statement Aug. 25.

A Reaction to the Trump Administration

Pascrell positioned the law as a response to the Trump Administration and what he saw as blatant violations of the Hatch Act. He argued Trump appointees including Kellyanne Conway and Kayleigh McEnany and Trump family members like Ivanka Trump and Jared Kushner violated the Hatch Act with little to no consequences.

“In a perverse blessing, the Trump years exposed weaknesses in our legal guardrails. We can’t lose any more time in fixing them,” he said.

The three sponsors said the proposed law would “put teeth” into the Hatch Act, as the Political CRIMES Act would provide more legal tools to stop self-enrichment by government officials. Pascrell noted such actions were “rampant in the Trump regime.”

Actions to Be Taken Under the Law

The Political CRIMES Act would establish an independent counsel to probe all Hatch Act violations over the past ten years, and create an Inspector General in the Office of Special Counsel to ensure future investigations were conducted within the boundaries of current law.

The bill seeks to remove political interference in violation referral processes, and expand the number of individuals covered by the act. A criminal penalty for Hatch Act violations would be established for first offenses, and would increase the fine for a Hatch Act violation to $5,000. Of note, the fine would double for every subsequent violation.

Finally, the bill would request a Government Accountability Office review of any political events to be held on the White House grounds.

“Recognizing the current gaps in the law, this bill would expand the scope of the Hatch Act to apply to all executive branch public servants and impose significant financial and criminal penalties on crooked government officials,” said Pascrell.

Warren shared the view, calling Trump “the most corrupt President in history” and that his administration ignored ethics rules regularly.

“We have to rebuild the public’s faith that government officials will follow basic ethics rules, and that’s why I’m glad to introduce this bill with Rep. Pascrell to strengthen the Hatch Act and punish those who break the law,” said Warren.