Twenty Years After 9/11, Terrorism Still on the Mind of North Jersey Residents

Eighteen percent of New Jerseyans still think about what happened on Sept. 11, 2001, on a regular basis 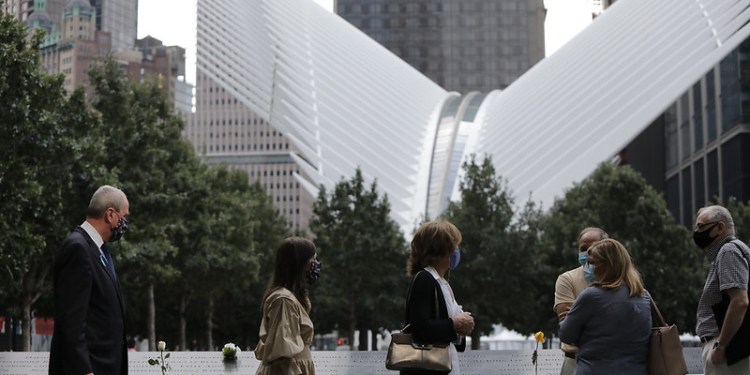 With the 20th anniversary of 9/11 coming this weekend, it should surprise no one that terrorism remains top of mind for many New Jerseyans.

That’s according to the Monmouth University Poll, which found 18% of New Jersey voters still think about what happened that day on a regular basis.

“The memory may be fading, but not entirely. The 9/11 attacks left an indelible imprint on the Garden State that will never entirely disappear,” said Patrick Murray, director of the independent Monmouth University Polling Institute in a press statement.

One in five Garden State voters said they planned to do something to mark the 20th anniversary of the attacks. Seven percent will attend a public ceremony while 12% will plan a private observance.

In general, the poll found the number who think about the attacks on a regular basis had decline among all demographic groups and regions of the state.

Domestic Terrorism Concerns on the Rise

The poll found a new form of terrorism was dominating New Jersey voters’ minds: domestic terrorism outranked foreign terrorism by a 4-to-1 margin.

“We don’t have trend numbers on this particular question, but it is likely that events of the last few years, including the attack on the U.S. Capitol in January, have focused terrorism concerns on threats emerging from within our borders,” said Murray.

The pollsters note the survey was conducted just before the U.S. withdrawal from Afghanistan, so it was unclear whether the development had a significant impact on public opinion regarding the questions asked on the poll.