OPINION: What Happened to the Spirit of Sept. 12? 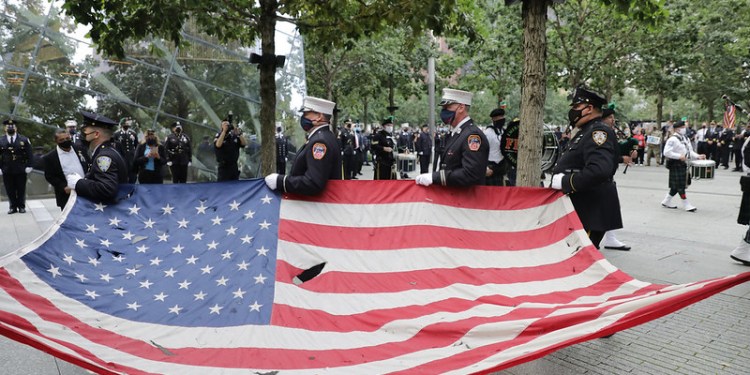 There is a generation of Americans that were not alive when terrorists took control of four planes the morning of Sept. 11 twenty years ago, flying two into the World Trade Center, one into the Pentagon and a fourth that crashed into a field in Pennsylvania after passengers on the plane heroically thwarted plans to hit another target in Washington.

While most no longer think about the attacks on a daily basis, it still has imprints on our daily lives. There is not a town in North Jersey that does not have a field or a street named after someone lost on that day or a monument listing the names of neighbors and friends that did not come home from work that second Tuesday in September.

Those under 20 did not experience the unity of the country coming together the day after. Instead, they have been raised in a country that has grown increasingly divided over the last two decades.

It makes us wonder: Can we ever be united like that again?

Just look at the past 18 months at events that are arguable of the same magnitude as Sept. 11—a pandemic that has killed over 650,000 Americans and an insurrection attempt to overthrow an election. Sadly, we now argue over basic facts resulting in an inability to find common ground.

Do not get us wrong, the spirit of wanting to take care of each other at the local level is still there. Neighbors helping neighbors after losing their homes and possessions to Tropical Storm Ida or communities holding drives to make sure Afghan refugees have clothes and blankets remind us that the helping hand of Americans is always extended.

It’s hard to explain to people 25 and under that the relationships between Republicans and Democrats politicians was not always a zero sum game. The majority of lawmakers used to work together, coming from different viewpoints but operating in good faith to find solutions to problems both big and small. Their top priority was not about trending on social media but rather working to better the lives of those living in their communities they represent. The amplified voices they hear now are too often playing to a base instead of a majority.

Do not get us wrong—debate and standing on principles go back to the founding of the United States and are needed. But there is a reason that a recent Monmouth poll found that New Jerseyans are more worried about domestic terrorists than foreign ones by a four-to-one margin. Somewhere along the way, violence and intimidation has become the preferred way for a vocal minority to get their way instead of persuasion.

We all love this country. It is the greatest country in the world. But it has been and continues to be a work in progress. We have lost faith in our institutions and those that lead them in the last 20 years and they need to work to regain our trust. The leaders of the institutions need to be willing to acknowledge past mistakes and, of equal importance, the public needs to be willing to forgive in order to continue to fight for that more perfect union we all strive for. No one party, no one person has all the answers. Arguing about problems does not fix them; working together to find solutions does.

That is what the Sept. 12 spirit was about: making sure the needs of the country to move us forward was the top priority of everyone. Unfortunately, we need that today more than we did 20 years ago.