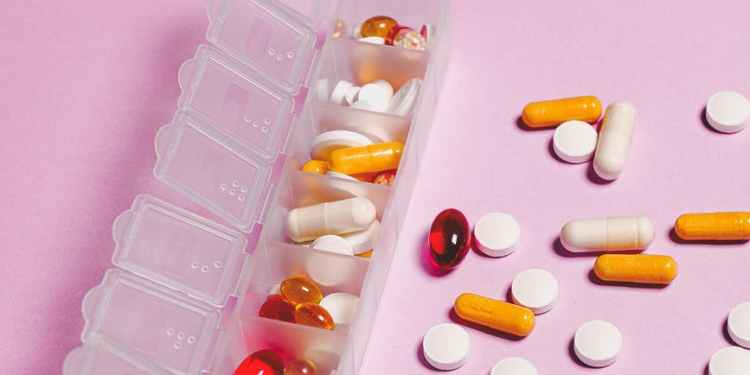 Ideas to tame the ever-rising cost of prescription drugs are a key factor in talks in the U.S. Congress over President Biden’s $3.5 trillion spending package and Sen. Bob Menendez  has offered a proposal aimed at influencing the debate.

Menendez, New Jersey’s senior senator, has joined with Louisiana Republican Sen. Bill Cassidy, a physician, to reintroduce their “Seniors Prescription Drug Relief Act.” The measure (S. 2327) would create a new out-of-pocket cap on catastrophic coverage for prescription drugs so Medicare beneficiaries would have no costs after they spend $3,100 out of pocket.

Under the bill, seniors who hit the cap early in the calendar year “could spread their payments over the course of the year, to help those on fixed incomes or who would otherwise struggle to pay their entire obligation in a lump sum.”

Additionally, the bill would reduce coinsurance from 25 to 20 percent in the initial coverage period, after patients meet their deductible but before they reach the catastrophic cap, Menendez and Cassidy said.

Menendez offered his proposal as Senate talks over President Biden’s $3.5 trillion “American Families plan,” heated up. The spending blueprint includes a mix of social policies in areas like health care and education. Among them is a plan to let Medicare use its clout to negotiate with pharmaceutical companies to bring down prescription drug costs.

Democrats who narrowly control both the U.S. Senate and House coalesce around the goal of helping Americans as they grapple with rising prescription drug costs, but talks around President Biden’s social proposals included in his “American Families Plan” show some disparity within the party over the details of how best to proceed.

Menendez and Cassidy’s bill, which they offered in 2019 as well, seeks to insulate seniors from rising drug costs, but other proposals take aim at reducing the actual costs of medications. Among these plans are proposals, like that of the White House, to remove the existing ban on Medicare negotiating for lower prescription drug prices.

President Biden delivered an Aug. 12 speech from the White House, detailing his concerns over rising prescription drug costs. While he credited pharmaceutical companies for creating life-saving vaccines to combat COVID-19, he also took aim at the industry, saying that prescription drug prices are “outrageously expensive in America.”

Additionally, Biden said his plan would allow Medicare to negotiate for lower drug prices the way it does with costs in other areas. “The only thing Medicare is not allowed to negotiate are prices for prescription drugs. My plan gets rid of that prohibition,” the president said.

President Biden added: “The proposal I made while I was running for president is that Medicare should negotiate drug prices across the board. Congress is currently debating a more narrow vision, letting Medicare negotiate some of the most expensive drugs particularly from those companies that don’t face competition for that drug. … We’re going to provide that competition through Medicare.”

Pharmaceutical Research and Manufacturers of America president and CEO Stephen J. Ubl issued an Aug. 12 statement saying the group is “ready to work with lawmakers” so patients can see lower drug costs.

“Unfortunately, the policies the president outlined today would undermine access to life-saving medicines and fail to address an insurance system that shifts the cost of treatments onto vulnerable patients,” Ubl added. “Many in Congress know that access to medicine is critical for millions of patients and Medicare is not a piggy bank to be raided to fund other, unrelated government programs. This is a misguided approach.”

The question of how to address rising drug prices hits close to home for Sen. Menendez. New Jersey is home to a large number of pharmaceutical and biotech firms like Merck & Co., Johnson & Johnson, and Bristol-Myers Squibb.

In 2019, Menendez voted against allowing Medicare to negotiate for lower prescription drug prices. In a July 2021 press statement promoting his Seniors Prescription Drug Relief Act, he said his measure is bipartisan and “would put patients and consumers first by providing seniors with real financial relief at the pharmacy counter to ensure that those who rely on expensive medications aren’t saddled with insurmountable prescription drug bills at the start of every year,”

“Setting a cap on out-of-pocket expenses allows seniors to prorate their share over the year into set monthly payments, giving them more flexibility to cover their health care expenses. Policies like this, that deliver savings to the consumers, must be central to our continued work on making drugs more affordable for the American people,” Menendez said.

“In the last year, 2 million New Jersey families could not pay for medicine or drugs prescribed by their doctor,” said David Mitchell, a cancer patient and founder of Patients For Affordable Drugs Now. “New Jerseyans are depending on Senator Menendez to help by ensuring Medicare can negotiate lower drug prices and that the savings go towards reducing costs for patients and consumers.”

Biotechnology Innovation Organization, a group that lobbies on behalf of biotech companies, said in a July 16 newsletter on its website that Menendez and Cassidy’s proposal was “promising bipartisan legislation” that would reduce out-of-pocket prescription drug costs for seniors.

The same group panned Biden’s approach Aug. 12. Rich Masters, BIO’s chief public affairs and advocacy officer, said in a press statement: “By allowing government bureaucrats to set prices with no regard for the long-term impact on patients waiting for cures, the new plan will create massive barriers to medical innovation.”

Public opinion on allowing the federal government to negotiate drug prices seems to depend on how the question is asked.

KFF, a national, nonpartisan group that provides information on health policy issues, in May 2021 released polling saying that support “starts high and remains high” at 90% when respondents hear that people can save money on their prescription drugs if the policy were implemented. KFF said 81% favor the proposal “after hearing that the federal government could save money if they were allowed to negotiate for lower drug prices for people on Medicare. However, opposition to this policy proposal rises to about two-thirds when the public hears assertions that this proposal could lead to less research and development for new drugs, or that access to newer prescriptions could be limited.”

Zeroing in on New Jersey, an advocacy group created to protect the Affordable Care Act, “Protect Our Care,” commissioned a poll in Rep. Josh Gottheimer’s (D) 5th congressional district. The group said that 86% of voters there think prescription drug prices in the United States are too high and 75% want to allow Medicare to negotiate lower prices. The survey was conducted by Public Policy Polling and results were released Aug. 31 and reported on in the New Jersey Globe.

Sens. Menendez and Cassidy, the fellow sponsor of his Medicare drug benefit bill, sit on the powerful Senate Finance Committee, and likely will play a large role in crafting the $3.5 trillion broader spending bill and any approach it takes on prescription drug costs. Democratic leaders plan to move the measure through Congress using the fast-track, budget reconciliation process. This expedited process would require just 51 votes for passage, rather than the customary 60 votes needed to stave off a filibuster.