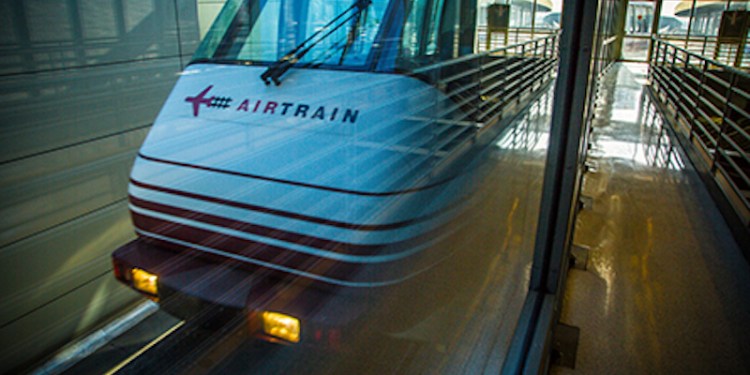 While the nation continues to wait for the passage of a federal infrastructure package, mass transit officials in New Jersey aren’t resting on their laurels.

Instead, two mass transit projects are moving ahead, with one focused on the Meadowlands, and another on mass rail transit at Newark Liberty International Airport (EWR).

Meanwhile, the Port Authority won a key federal environmental approval to develop a world-class mass rail transit at EWR as part of a larger overall plan to do the same at all of the airports under its jurisdiction.

HNTB will be responsible for conceptual development of an environmentally-friendly transit access option linking Secaucus Junction and the Meadowlands Sports and Entertainment Complex.

“The Meadowlands Complex is home to many of our state’s premier attractions, including MetLife Stadium and American Dream,” said Gov. Murphy in a press statement. “This forward-thinking initiative by NJ Transit will explore ways to get more people to and from the many sporting and entertainment events and venues in the Meadowlands.”

In February, NJT advertised the “Innovation Challenge” and picked HNTB Corp. from a list of four interested firms. The transit agency noted the Meadowlands had a distinct set of challenges concerning mass transit, including densely-populated towns, congested roadways, existing rail infrastructure, and its delicate environment.

“This innovative partnership with the industry will generate environmentally friendly transportation solutions that meet both present and future needs,” said New Jersey Department of Transportation Commissioner and NJT Board Chair Diane Gutierrez-Scaccetti.

But before that, the Federal Aviation Administration (FAA) issued a Final Environmental Assessment (EA) for the proposed AirTrain replacement at EWR Aug. 17, representing a key approval for the more than $2 billion project.

“This decision is a key step in replacing the long-outdated AirTrain,” said Murphy. “New Jerseyans and travelers deserve a world-class transit system at Newark Airport, and we are much closer to attaining that reality with the FAA’s latest action.”

The plan was provided for public comment for 30 days, and with the decision, the Port Authority plans to continue work on a $2.7 billion air terminal and a new car rental facility.

“The current AirTrain Newark has outlived its usefulness,” said Port Authority Chairman Kevin O’Toole. “Its replacement will create a new rail system that offers a 21st-century customer experience for airport visitors and employees, as we continue to reimagine and redevelop Newark Liberty Airport.”

Over 95% of New COVID-19 Patients are Unvaccinated in NJ

Over 95% of New COVID-19 Patients are Unvaccinated in NJ