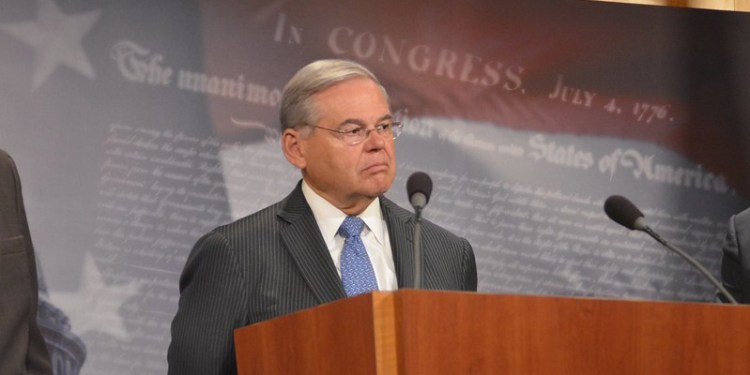 Sen. Bob Menendez blasted the U.S. withdrawal from Afghanistan as being “fatally flawed” and threatened to subpoena the Secretary of Defense as well as hold up nominees until his questions were answered.

Menendez, chair of the Senate Foreign Relations Committee, did not waste much time after gaveling in the meeting in criticizing President Joe Biden actions in Afghanistan. The Senator told Secretary of State Antony J. Blinken in opening remarks on Sept. 14 that “the execution of the U.S. withdrawal was clearly and fatally flawed. This Committee expects to receive a full explanation of this Administration’s decisions on Afghanistan since coming into office last January. There has to be accountability.”

However, New Jersey’s Senior Senator did not lay all the blame on the Biden Administration.

Menendez promised to hold other hearings to insure the “many” mistakes made over the course of 20 years are examined, including the diversion of attention and resources when the Bush administration decided to invade Iraq despite its irrelevance to the 9/11 attacks to the double dealing by Pakistan in providing a safe haven to the Taliban.

The Senator continued that “the chaos of August is due in large part to the February 2020 surrender deal negotiated by Donald Trump, a deal that was clearly built on a set of lies. A deal that led to the release of 5,000 hardened Taliban fighters…We know now that the Taliban had no intention of pursuing a political path and peace deal with the Afghan government.”

Menendez agreed with the Biden Administration that the U.S. and its allies should judge the Taliban by their actions, which he characterized as “horrifying” before listing a series of atrocities that have been reported since the U.S. left Afghanistan Aug. 31.

While he supported the decision to withdraw the U.S. military from Afghanistan, “I have long maintained…that how the United States left mattered. Doing the right thing in the wrong way can end up being the wrong thing.”

The Senator opined that the Biden Administration needed to make sure the withdrawal left a durable political arrangement in its wake and allow the U.S.to maintain an ability to conduct counterterrorism operations.

“I believe the U.S. clearly fell short on the first measure. Time will tell on the second, but the prospects do not look promising,” stated Menendez.

The Senator did applauded the efforts of the personnel on the ground from the Departments of State and Defense who “worked under horrific circumstances. Their actions in evacuating over 120,000 individuals were nothing short of heroic.”

But Menendez ended his remarks making sure that while communication from Biden officials has been frequent throughout this crisis, “information from State, the Pentagon, and the White House has often been vague or contradictory….this has to improve. And to put this in context, member frustration came on top of years of stonewalling by the Trump administration and its refusal to engage the Senate on the Taliban negotiations.”

The committee chair had some of his sharpest words for Secretary of the Defense Lloyd Austin, who declined a request to testify.  Menendez said a full accounting of the U.S. response to the crisis is not complete without the Pentagon, “especially when it comes to understanding the complete collapse of the U.S. trained and funded Afghan military.”

Menendez then warned that Austin’s decision would “affect my judgement on Department of Defense nominees. I expect that the Secretary will avail himself to the Committee in the near future. If he does not, I may consider the use of the Committee’s subpoena power to compel him and others over the course of these last twenty years to testify.”