The federal lawmaker noted the legislation would have an impact on tax fairness in the U.S. 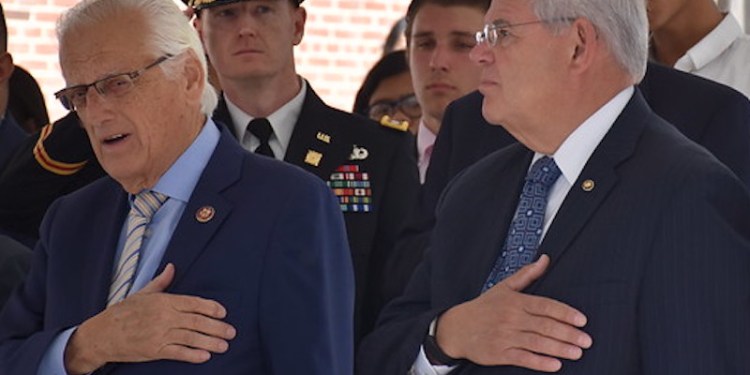 Rep. Bill Pascrell Jr. celebrated the passage of President Joe Biden’s Build Back Better agenda through the House Ways and Means Committee, calling it a “historic plan to rebuild and reinvigorate America.”

“A successful nation in the 21st Century makes a down payment on its future. Our legislation will make that deposit with gigantic investments in healthcare, infrastructure, family support, and environmental protections to fight climate change,” Pascrell said.

The federal lawmaker noted the legislation would have an impact on tax fairness in the U.S., and that it would fill a generations-long gap since a piece of congressional action leveled the playing field within the country by “making the rich pay their fair share.”

“Simply put: this bill, once law, will remake America for the better,” he said.

Major Provisions of the Law

Pascrell highlighted the benefits under the Build Back Better plan, including the Child Tax Credit being extended through 2025, retaining full refundability permanently, and adds 17 year olds to the program. The Earned Income Tax Credit for childless workers, which was improved under the American Rescue Plan, would be made whole.

Additionally, caregiver tax credits would be established and a new Federal paid family leave program of 12 weeks would be enacted under the plan.

The Superfund Tax on crude oil and imported petroleum products would be reinstated in order to ensure corporate polluters are responsible for cleaning up hazardous sites. This would be in addition to what the Congressman called “the single largest Federal investment in the green economy and infrastructure.”

In order to enforce some of the tax requirements, the IRS would receive an $80 billion investment. It would increase voluntary compliance to ensure wealthy tax cheats had to pay their share.

Pascrell noted that state and local tax (SALT) deductions remained a sticking point for negotiations, but that he would not budge on any proposal that did not include reform for this aspect of the tax code.

“The process to passage is long. What the committee approved today is a major step forward, but not the final step,” explained Pascrell. “Our negotiations over the SALT cap are ongoing… I only speak for myself, but any bill on the floor without needed SALT cap relief will not earn my vote.”

House Ways and Means Chairman Richard E. Neal (D-MA), Pascrell, and Congressman Tom Suozzi (D-NY) issued a joint statement on the matter, noting the plan was one of the most significant to ever be considered in the halls of Congress.

“So what we consider now is an important step in the process, but not the final step. With Speaker (of the House Nancy) Pelosi, we continue to work among our colleagues and the Senate to undo the short-sighted capping of SALT by Republicans. We are committed to enacting a law that will include meaningful SALT relief that is so essential to our middle-class communities, and we are working daily toward that goal,” the wrote.