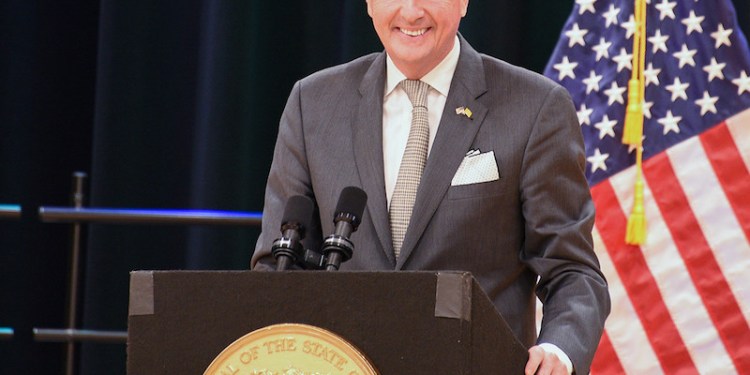 “Relatively unchanged” is the term to best describe the race for governor between incumbent Democrat Phil Murphy and GOP challenger Jack Ciattarelli.

In a Monmouth University Poll released Sept. 22, Murphy maintains a slightly smaller double-digit lead over Ciattarelli. Just over half (51%) of registered voters polled currently support Murphy while 38% back Ciattarelli. In August, the polling outfit found Murphy with a 52% to 36% lead.

According to the Jersey Shore polling outfit, the small shift comes mainly from self-identified Republicans galvanizing behind Ciattarelli, up six percentage points to 91%. Murphy gained three percentage points in his party to reach the 90% mark.

“September shifts are not unheard of in New Jersey elections and we see some potential for a single-digit race in these results,” said Patrick Murray, director of the Monmouth University Polling Institute. “But we don’t really see movement in the underlying dynamics of this campaign, despite a stream of advertising from both sides.”

A range of potential electorate models from Monmouth show Murphy with a lead from 9 to 14 points—down from a range of 11 to 19 points last month—depending on the scenario. Murphy’s lead is the most narrow among voters who have cast ballots in every general election since 2016, 50% to 43%. This is smaller than his lead among these consistent voters last month (53% to 38%), but this group represents only one-third of the potential electorate.

The pollsters projected turnout will likely be higher than the 39% in 2017 and Murphy holds a double-digit lead among less consistent voters, including a 51% to 40% lead specifically among those who voted in the 2017 gubernatorial contest.

On the issues, Garden State voters give Murphy a clear advantage on the pandemic (50% to 23%), but only a 7% edge on jobs and the economy. Ciattarelli’s position on taxes is favored by the electorate, 39%-33%. Compared to Monmouth’s August poll, Murphy has gained a few points on handling Covid while Ciattarelli has gained a few points on jobs and taxes.

Voters are divided on who can better help small businesses, with Ciattarelli up 36%-34%, while Murphy has the edge on dealing with issues related to law and order, 32% Murphy and 30% Ciattarelli.

“Ciattarelli’s ads have hit Murphy on taxes, small businesses, and even on the incumbent’s treatment of women, but the needle has not moved that much,” said Murray. “There have been some small shifts on issue advantages but nothing that has upset the underlying dynamic.”

Voters trust Murphy (40%) more than Ciattarelli (17%) on who will make sure women are treated with respect. The challenger ran ads trying to undercut the incumbent’s standing by using footage of a former Murphy aide accusing his campaign of ignoring her sexual assault allegations.

As the Monmouth Poll notes, half the New Jersey electorate has no opinion of Ciattarelli. In terms of overall impressions, Ciattarelli registers a net positive opinion of 31% favorable and 19% unfavorable, up from 26% and 12%, respectively, in the last month. Forty-eight of the state’s voters have a favorable view of Murphy while 37% have an unfavorable opinion. The governor’s unfavorable rating rose from was 33% in August; his favorable was unchanged.

While both parties have gone across the state campaigning and filled the airwaves with ads, the next two and half weeks are seen as critical for Ciattarelli. The two candidates will debate on Sept. 28 at the Performing Arts Center in Newark and again at 8 p.m. on Oct. 12 at Rowan University in Glassboro.

“This is typical New Jersey voter inattentiveness. Ciattarelli has not been able to introduce himself yet, but these results also mean the Murphy campaign’s attempts to paint their opponent as an extremist have not penetrated either,” said Murray.

The poll aligns with previous polls of the race. Days after the June 8 primary, an FDU Poll found Murphy leading his GOP challenger by 48% to 32% margin with a Rutgers-Eagleton poll during the same time showed 52% of registered voters say they would vote for Murphy in his race with Ciattarelli in a  who received support of 26% respondents. And a May Monmouth poll found 48% say they would vote to reelect Murphy compared with 43% wanting to vote for another candidate.