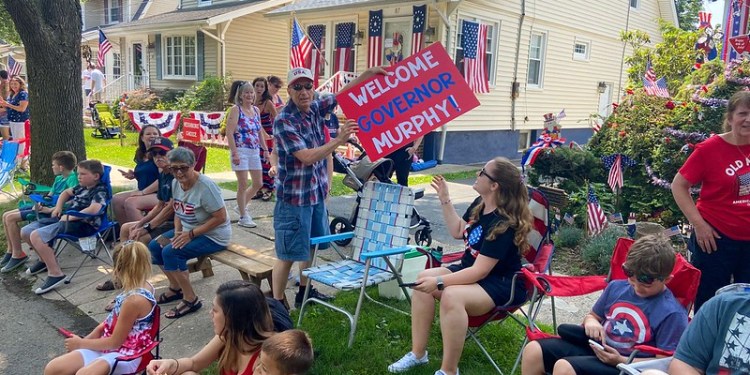 While Gov. Phil Murphy continues to put off a review of his administration’s performance during the pandemic, more than 50% of New Jersey voters support the state’s actions in handling the pandemic.

Respondents to a recent Monmouth University Poll largely gave positive reviews to Murphy-led action over the last year and a half, despite a majority believing his administration bears some responsibility for the pain experienced by small businesses and the number of coronavirus-related deaths in nursing homes at the beginning of the pandemic. Additionally, the poll found a majority of voters support reinstating stricter COVID safety protocols, including a majority of those who remain undecided in this year’s election for governor.

“Murphy’s handling of the pandemic continues to be his strongest asset,” said Patrick Murray, director of the independent Monmouth University Polling Institute. ”New Jerseyans acknowledge there have been missteps over the past eighteen months, some of them very serious, but that has not noticeably weakened their overall view of his COVID performance.”

The first term governor’s overall job performance rating among New Jersey voters stands at 52% approve and 38% disapprove, down from his May rating of 57%/36% but in line with his rating last month 54%/36%. The governor continues to get broadly positive reviews for his handling of the coronavirus pandemic, with 62% saying he has done a good job compared to just 27% who say he has done a bad job. His pandemic rating was similar in August (61% to 28%) and May (65% to 28%).

But not all of Murphy’s moves were met with agreement. Eighty two percent responded strict restrictions and lockdowns imposed by the state during the pandemic hurt New Jersey small businesses a lot. A plurality of New Jersey residents polled felt it was possible to have managed the pandemic in a way that small businesses did not get hurt—24% say this was definitely possible and 29% say it was probably possible.

Critics of Murphy have pointed to his decision to have residents of long-term care facilities readmitted to nursing homes after being discharged by hospitals in the early days of the pandemic. Nearly all voters have heard either a lot (61%) or a little (33%) about COVID deaths that occurred in New Jersey nursing homes. Twenty three percent of respondents believe the Murphy administration bears either a great deal of responsibility for these deaths along with 30% answering some.

While Monmouth’s Murray noted the governor’s opponents have been trying to focus voters’ attention on what they see as major failings in his handling of the pandemic, “we don’t see evidence in the poll, though, that knowing about these issues is putting a major dent in Murphy’s numbers.”

At both of his press briefings this week, Murphy was pressed when a post mortem he promised would be started and if voters deserve to know the results before election day.

“No update on the post-mortem, but we’re committed to that. That hasn’t changed,” said Murphy, who reiterated he is committed to an independent examination of the administration’s action. “There’s clearly going to be a point—I want to be unequivocal about this—that we’re going to feel like we can finally say you know what? We’re not in hand-to-hand combat as we remain, unfortunately, today.”

Despite no report forthcoming on any missteps the Murphy Administration has made in the past 18 months in regards to the pandemic, the public is still backing the health protocols Murphy and his health officials have pushed. In fact, the Monmouth Poll found they are looking for more.

“This is due in part to a sense that he was right about the broader policies on masking and social distancing. In fact, many would like to see him reinstate these protocols,” said Murray.

About 6 in 10 voters (61%) support reinstituting general face mask and social distancing guidelines in New Jersey. This comes as 43% are very concerned about a family member becoming seriously ill from COVID. Just over half (51%) of all New Jersey voters say measures taken by the state government to slow the spread of the virus have been appropriate.

Currently, 17% surveyed feel the state has, in fact, not gone far enough, lower than 24% in August, but still slightly higher than 13% in May. That is in contrast to the 28% who responded to New Jersey’s COVID measures have gone too far, which is similar to prior results in August (25%).

No Path for Ciattarelli

With an eye towards November, Murray said the poll shows backers of Murphy are decidedly in favor of safety protocols and less likely to put the blame for small business problems and nursing home deaths on the governor. Conversely, supporters of GOP nominee Jack Ciattarelli feel quite differently about it.

The bad news for Ciattarelli is that undecided voters would berak to Murphy on this issue. With a quarter of voters still only leaning toward a candidate, 60% say the pandemic could have been handled with less pain for small businesses and 52% believe the Murphy administration bears at least some responsibility for the number of nursing home COVID deaths. However, 57% of this cohort feels Murphy has done a good job with the pandemic overall and 61% support reinstating face mask and social distancing guidelines.

“There are probably very few truly persuadable voters left in New Jersey right now, but if anyone can be swayed it should be this group of undecideds. Their views on COVID, though, tend to align more with Murphy’s approach than Ciattarelli’s,” said Murray.

As for those that have passed, the state reported 20 confirmed deaths, bringing that total to 24,534. The state listed probable deaths at 2,773, bringing the overall total to 27,307. State officials noted 10 deaths occurred in the last 24 hours of reporting that have not yet been lab confirmed.

The state reported 1,108 patients were hospitalized; by region, there were 368 in the North, 351 in the Central and 389 in the South. Of those hospitalized, 249 are in intensive care units and 132 on ventilators. A total of 145 patients were discharged in the last 24 hour reporting period.

In regards to cases related to in-school transmissions, the state has tracked 23 school outbreaks and 102 cases linked to those outbreaks since the 2021/2022 school year starting Aug. 7. Outbreaks are defined as three or more laboratory confirmed COVID-19 cases among students or staff with onsets within a 14 day period, linked within the school setting, do not share a household, and were not identified as close contacts of each other in another setting during standard case investigation or contact tracing.

Health officials noted 153 long-term care facilities are currently reporting at least one case of COVID-19, accounting for a total of 1,186 of the cases, broken down between 660 residents and 526 staff.

The state’s official death total will now be reported as those that are lab confirmed, sits at 8,528 on Sept. 24. The facilities are reporting to the state 7,950 residents deaths and 145 staff deaths.