Congresswoman high childcare cost ‘a big problem for our economy’ 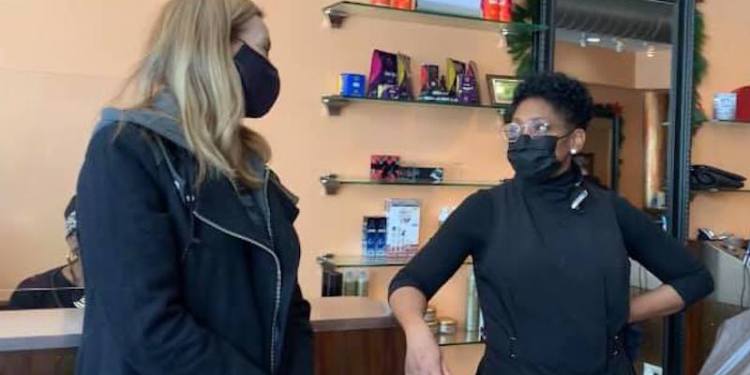 The Democratic spending bill in question seeks to tackle a wide range of priorities outlined by President Biden in areas that include the economy, social welfare, the environment, education, and foreign policy.

Sherrill’s letter to congressional Democratic leaders comes on the heels of House Democratic leaders signaling that they may scale back the House bill’s $3.5 trillion price tag. Democrats in both chambers are struggling to keep their own caucuses together, given the very narrow margins by which they control both the House and Senate, widespread Republican opposition to the bill, and the sometimes divergent priorities of Democratic moderates and progressives.

Additionally, the legislation suffered a blow on Sept. 19 when the Senate’s parliamentarian ruled out the inclusion of immigration provisions that would have provided a path to U.S. citizenship to millions of undocumented immigrants.

“Millions of Americans, particularly women, are continuing to leave the workforce, hesitating to form small businesses, and forgoing promotions because child care is unaffordable for most families,” Sherrill wrote in the letter, which she co-authored with Reps. Katie Porter (D-CA), Mondaire Jones (D-NY), and Jahana Hayes (D-CT). A total of 102 House lawmakers signed the letter.

“Our entire economy continues to suffer as a result. Businesses cannot effectively recruit because child care accounts for nearly all of an entry-level employee’s pay. Women have stagnated in achieving leadership positions, and women’s workforce participation is at a 30-year low. Jobs during non-traditional hours are dominated by men. These realities are a big problem for our economy,” the letter continued.

Earlier this month, Sherrill and Porter led more than 100 colleagues in drafting another letter to Pelosi and House Education and Labor Committee Chairman Bobby Scott (D-VA) seeking to ensure a place for child care provisions in the spending bill as Scott’s committee prepared to mark up bill provisions in its jurisdiction.

In their Sept. 21 letter to Pelosi and Schumer, Sherrill and the others sought to preserve “the necessary investment in child care” provisions that Scott’s committee approved.

“Specifically, the Committee’s vote to ensure that no family pays more than 7 percent of its household income on care for young children recognizes the economic benefits of protecting our economy from the financial instability and workforce reduction caused by unaffordable child care. We urge you to preserve this provision in the final passage of this bill,” Sherrill and the others wrote.

Additionally, Sherrill and the other lawmakers urged Pelosi and Schumer to avoid bill language that would limit child care assistance solely to low-income families, and to instead “create a universally affordable child care program.”

Sherrill and her colleagues wrote: “we must give every American access to child care by maintaining the provision to cap out-of-pocket child care costs as a percentage of income. Abruptly cutting off eligibility at specific income levels fails to recognize that the costs of child care disrupt the financial security of nearly all parents with young children, particularly single mothers who need more care, people living in states with high costs of child care, and people with more than one young child. It is important to underscore that more families will be served by the current 7 percent formula, as passed by the House Committee on Education and Labor.”

The average American family spends nearly $10,000 a year per child on child care, they wrote. Additionally, in more than half of states they said child care tuition can exceed the cost of in-state college tuition.

“To make matters worse, about half of all parents planning to enroll their children in child care say they are planning to accumulate credit card debt to pay for the expense. This is unacceptable. No parent should go into debt to provide quality care for their child while working a full-time job,” they wrote.

According to a Sept. 10 fact sheet on the House Education and Labor Committee’s approved provisions in the bill, the measure included provisions ensuring that “the vast majority of families would not pay more than seven percent of their income on child care.

The measure also would provide for “universal pre-K” for three and four year olds. Additionally, the measure includes provisions to raise wages for child care workers.

Overall, the fact sheet from committee Democrats said provisions to reduce the cost of child care and provide for universal pre-K carried a total price tag of $450 billion.

Sherrill, a mother of four and a member of the Education and Labor Committee, has urged inclusion of universal pre-K provisions in the measure as well.