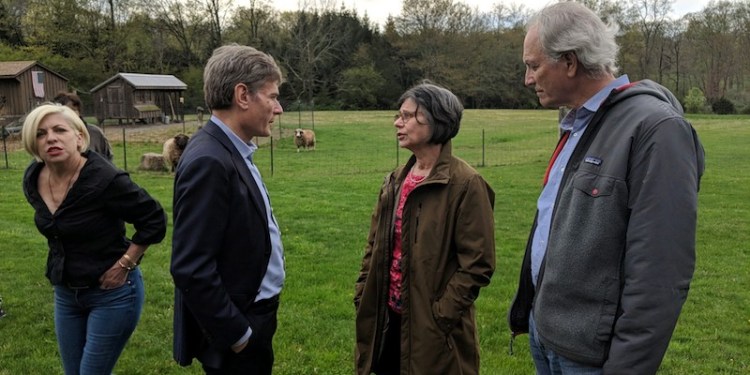 The controversial PennEast Pipeline will not move forward, with the company saying it was awaiting permits including a water quality certification in New Jersey.

That’s according to a Sept. 27 company release which noted it was one of the last remaining projects seeking to pull gas from the Marcellus/Utica formation.

Gov. Phil Murphy positioned the news as a positive for the Garden State, saying he had fought against the project for four years and calling it “unnecessary.”

“[The PennEast Pipeline] was wrong for New Jersey and would have destroyed acres of New Jersey’s conserved land and threatened species,” he argued.

Rep. Tom Malinowski celebrated the news, calling it a historic win for the state.

“Today we celebrate a major victory for landowners, for the environment, and for the dedicated advocates who have spent years fighting the destructive and unnecessary PennEast pipeline—our hard work paid off,” he said.

Malinowski said he had met with landowners near the proposed route, noting damage would be done to their homes and crops if the pipeline was created.

“I worked in Congress to pass legislation that would protect these landowners and prevent pipeline companies from using eminent domain to steal or irrevocably alter their land. I used every opportunity I had to push federal and state regulators to reject this project,” he said.

The project was one of several started in recent years to draw gas from the fast-growing Appalachian region, only to run into local or environmental opposition to more fossil-fuel infrastructure.

PennEast decided to stop development even though the U.S. Supreme Court in June ruled in its favor in a lawsuit allowing the line to seize state-owned or controlled land in New Jersey. The 120-mile pipe was designed to deliver 1.1 billion cubic feet per day of gas from the Marcellus shale to customers in Pennsylvania and New Jersey. One billion cubic feet is enough gas for about five million U.S. homes for a day.

New Jersey’s Acting Attorney General Andrew J. Bruck noted the Murphy Administration has fought the construction of the PennEast pipeline from the first day they took office do to the harm it would have caused New Jersey’s residents, businesses, and fragile natural resources.

“We have always said that this pipeline was dangerous and unnecessary, and our office was proud to fight PennEast all the way to the U.S. Supreme Court in an effort to block the construction,” said Bruck.  “(The) decision is a tremendous victory for the people of the Garden State.”

The Fight Will Continue

Malinowski was careful to note that although they celebrated a historic win, the fight was far from over.

“Today is a day of celebration, but I am not done yet. This process has uncovered a broken system for approving natural gas pipelines in the United States,” stated the Congressman. “It should not be this easy for corporations to get a government-guaranteed profit for building natural gas pipeline that states do not want or need, simply by promising to purchase the gas from themselves.”

“We must reform the system that allowed a pipeline like PennEast to be approved in the first place.”

Murphy echoed those sentiments, stating “I am committed to protecting our state’s natural resources and building a clean energy future that works for all New Jerseyans. I will never back down from a fight to protect New Jersey’s best interests.”