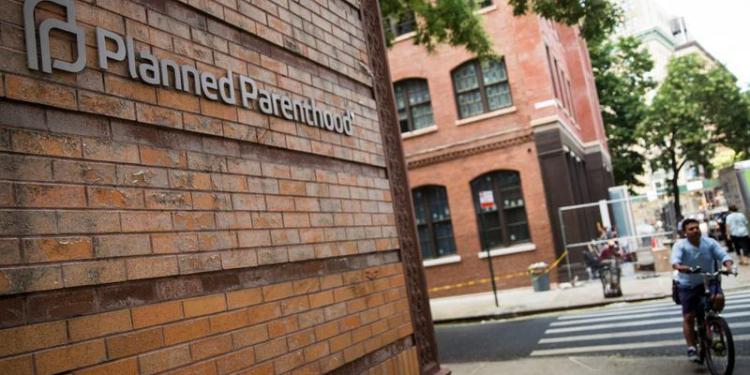 Gov. Phil Murphy expects a New Jersey bill to ensure passage of a woman’s right to choose will pass by the end of the year.

Murphy made the statement days before a march will be held Oct. 2 in Montclair as part of a national day of action. Meanwhile, federal lawmakers from New Jersey voted for the Women’s Health Protection Act, which creates statutory protection for reproductive health care for both providers and patients.

Murphy on Samantha Bee’s show Sept. 29 said he expects New Jersey lawmakers when the reconvene after the November election to pass the Reproductive Freedom Act that would enshrine a woman’s right to choose in the Garden State

“This is real, this is an urgent threat that we have to act on,” said Murphy. “If Roe v Wade is impaired, all the case law (allowing abortions) it is based on comes down like a house of cards.”

The governor, who battled with GOP nominee Jack Ciattarelli about the bill in their debate Sept. 18, said the legislation is necessary in the aftermath of the U.S. Supreme Court decision to not intercede in the Texas Heartbeat Act that all but bans abortion in the state.

“I do think sadly because of this Texas decision, that it’s becoming more real,” said Murphy. “I would hope the Legislature comes back into session in November, and I fully expect this in place before the end of this year.”

Ciattarelli characterized the the Texas law and the state’s Reproductive Freedom Act as forms of “extremism,” arguing the Garden State law would allow women to have an abortion after seven months.

Murphy responded by criticizing his opponent for voting against funding for Planned Parenthood and declaring that “reproductive freedom needs to be protected at all cost and that is a decision between a woman and her doctor. Period.”

On the federal level, the Women’s Health Protection Act (WHPA) that passed the House would creates statutory protection for reproductive health care for both providers and patients. Rep. Mikie Sherrill said the proposed law would effectively push back on draconian state based laws, like Texas’ SB8, by better codifying a woman’s rights enshrined in Roe v. Wade.

“Nearly fifty years ago, a woman’s constitutional rights were enshrined in Roe v. Wade. Since then, that right has been consistently attacked and restricted in state legislatures and federal court cases,” said Sherrill. “Today, a woman’s right to choose is under more threat than ever before, and for millions of women in states like Texas and Mississippi, their rights, freedom, and bodily autonomy have been effectively stripped from them.”

The congresswoman claimed the Texas law would deputize neighbors against each other to police women’s personal choices. While the bill passed the House, Sherrill said it alone may not fully reverse the damage done by Texas’ unacceptable attacks on women.

“Our efforts to stand strong for a woman’s right to reproductive freedom are more important than ever,” she said. “But by passing this bill today, we’re sending a message that we will never give up the fight to protect the rights and freedom of every single woman.”

Sherrill recently tweeted out that she would be part of the march in Montclair. On their website, womensmarch.com, the group said the protest is in response to the Supreme Court’s decision in the Texas cases.

“Simply put: We are witnessing the most dire threat to abortion access in our lifetime…We need to send an unmistakable message about our fierce opposition to restricting abortion access and overturning Roe v. Wade before it’s too late,” the website stated.

In addition to the Montclair march, a main rally will take place in Washington D.C., along with other towns and cities across the U.S.