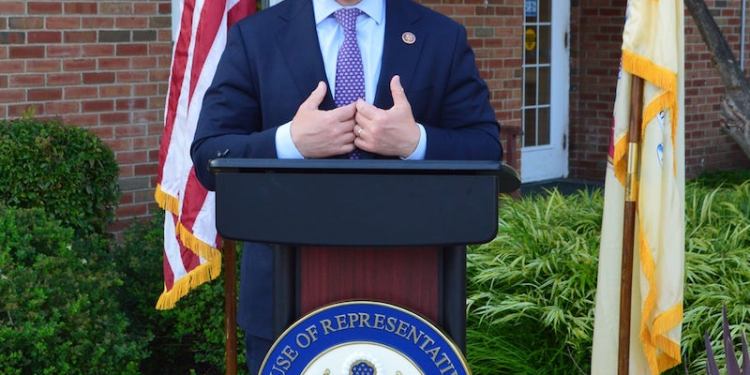 Rep. Josh Gottheimer late Friday night placed the blame for the failure to bring the Infrastructure Investment and Jobs Act to a vote on the shoulders of Speaker of House Nancy Pelosi (D-CA) and a “small faction on the far left.”

In a press release Oct. 1, Gottheimer stated “It’s deeply regrettable that Speaker Pelosi breached her firm, public commitment to Members of Congress and the American people to hold a vote and to pass the once-in-a-century bipartisan infrastructure bill on or before September 27.”

The congressman later condemned a “small faction on the far left—who employ Freedom Caucus tactics, as described by the New York Times—(to) destroy the President’s agenda.”

No Deal on Budget

Gottheimer’s words come after a week that saw Democrats unable to reach an agreement on a $3.5 trillion reconciliation budget bill. Moderates in the party, led by Sens. Joe Manchin (D-WV) and Kyrsten Sinema (D-AZ) in the Senate, have balked at the price tag for a bill that would pay for top Democratic priorities such as healthcare, childcare, tax fairness and climate change. They have expressed concern about spending and debt in the wake of monies approved for the $900 billion coronavirus pandemic aid in December 2020 and $1.9 trillion American Rescue Act earlier this year.

The New Jersey lawmaker, with eight colleagues in the House, had sought and received assurances from House leadership that decoupled the $1 trillion infrastructure bill from the larger budget bill. He noted that agreement was sealed with the vote of every Democrat in the House on Aug. 24.

But even at the time, the Progressive Congressional Caucus were insistent that their members would vote ‘no’ on the measure unless a deal had been reached about the budget. As the progressive caucus held firm this week with Rep. Pramila Jayapal (D-WA) stating she had 40 votes that would vote against the infrastructure bill, the vote was pushed back. That led to party leaders to push back the vote to Sept. 30 for a vote that was never held.

The inability to agree to a budget deal resulted in President Joe Biden meeting with the full Democratic Caucus on the afternoon of Oct. 1. Numerous media reports stated President Biden told those assembled that a vote on the infrastructure bill must wait until Democrats reach agreement on the social policy and climate change legislation.

After the  closed-door meeting, President Biden said to reporters the timing of securing a deal “doesn’t matter…It doesn’t matter whether it’s in six minutes, six days or six weeks. We’re going to get it done.”

It was this scenario that led Gottheimer to push for a firm date on a vote for the infrastructure bill in the first place and had made public proclamations this week that a vote would be held on the House floor. He did not address the statements of the President but his ire was more focused on the actions of Pelosi and the progressive members of the party.

“Specifically, the Speaker said, ‘I am committing to pass the bipartisan infrastructure bill by September 27. I do so with a commitment to rally House Democratic support for its passage’,” noted the 5th Congressional District Representative. “But a small far left faction of the House of Representatives undermined that agreement and blocked a critical vote on the President’s historic bipartisan infrastructure bill.”

“Along with a group of Members, I’ve been working around-the-clock to pass the bipartisan infrastructure bill, legislation we helped craft back in April with my Senate colleagues,” he said.

But the Congressman had his strongest words for those he considers on the far left of the party that he sees as the main contributors to blockage the passage of the bill.

“We were elected to achieve reasonable, commonsense solutions for the American people—not to obstruct from the far wings,” he said. “This far left faction is willing to put the President’s entire agenda, including this historic bipartisan infrastructure package, at risk. They’ve put civility and bipartisan governing at risk.”

Gottheimer ended by pledging to “not stop fighting to get the historic, bipartisan infrastructure bill across the finish line—to support the communities, families, and workers of New Jersey.”