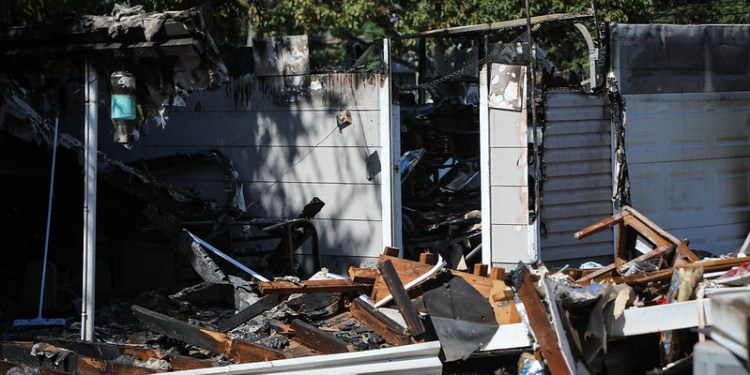 Three northern New Jersey Democrats said they are pleased that Congress passed a continuing resolution that funds the federal government through Dec. 3 and provides disaster relief funds for New Jersey and other areas.

Still, they said Congress needs to move swiftly to increase the federal debt ceiling to guard against defaulting on the national debt.

“Today we did the responsible thing and averted a government shutdown to continue basic services for the American people, and to provide emergency help for New Jerseyans recovering from Ida. But Congress still must prevent an impending economic catastrophe by raising the debt ceiling,” Rep. Tom Malinowski (D-7) said in a statement.

President Joe Biden on Sept. 30 signed the continuing resolution, which funds the federal government through Dec. 3 after both chambers passed the measure that same day.

Rep. Mikie Sherrill (D-11) praised the disaster relief components of the bill and lauded fellow policymakers for avoiding a shutdown of federal agencies and offices.

“Today, the House passed an important Continuing Resolution to ensure we keep our government open and ensure we continue delivering for the American people. This funding package also includes crucial emergency funding for our communities that are still reeling from the devastating floods that hit northern New Jersey earlier this month,” Sherrill said in a statement.

“We know that government shutdowns impact the entire economy and families across New Jersey and the country,” Sherrill said. “When I was sworn into Congress in 2019, we were in the midst of the longest government shutdown in history which is estimated to have cost the economy $11 billion due to reduced economic activity.”

“With this vote, we avoided a similar fate and I will always fight against using government shutdowns as a partisan, political tool. I’m also proud to have provided critical emergency funds for disaster relief in my state.”

To pass the continuing resolution, Democrats who narrowly control both the House and Senate, had to remove provisions to increase the debt ceiling, leaving this issue unresolved. The debate over how to raise the debt ceiling is tied up in Republican objections to President Biden’s broader agenda items, including a $1 trillion infrastructure bill and a broader bill targeting many of President Biden’s domestic agenda priorities.

Treasury Secretary Janet Yellen warned lawmakers in Sept. 28 congressional testimony that it would be “catastrophic” to the U.S. economy if Congress did not raise the debt ceiling. Without Congressional action, the United States could run out of cash reserves by Oct. 18, Yellen said.

“It is imperative that Congress swiftly addresses the debt limit. If it does not, America would default for the first time in history. The full faith and credit of the United States would be impaired, and our country would likely face a financial crisis and economic recession,” Yellen told the Senate Committee on Banking, Housing and Urban Affairs.

Rep. Bill Pascrell (D-9) had harsh words for the GOP, calling the Republican party “unfit to govern” in his Sept. 30 statement. He pointed to the House’s 254-175 vote to pass the continuing resolution and said that 81% of House Republicans voted against the measure. The Senate passed the measure in a 65-35 vote in which a majority of Republicans voted “no.”

“Today we witnessed over half the Republicans in the Senate and most House Republicans try to shut down the government,” Pascrell said. “They also voted to deny $7.5 billion in disaster relief we are providing for our neighbors devastated by Hurricane Ida and other natural disasters.”

“Too many Republicans in federal office are seeking to crush the government, pulverize the economy, and start a national depression for the sole reason that the President is a Democrat.”

In her Sept. 28 testimony, Yellen said Congress has raised or suspended the debt ceiling 78 times since 1960, “almost always on a bipartisan basis.”

Malinowski said three of those debt ceiling increases happened during the previous Republican administration of President Donald Trump “even while Republicans used streamlined budget reconciliation procedures to add $2 trillion to the debt with their 2017 tax bill.”

“Yet this time, Republicans have chosen to vote against paying our nation’s bills to intentionally trigger the first ever default on our nation’s debt in United States history, simply because a Democrat is in the White House,” he said. His statement went on: “This toxic partisanship is reckless, dangerous, and unacceptable.”

“Since mid-July, Republicans have clearly stated that Democrats will need to raise the debt limit on their own,” McConnell wrote in an Oct. 4 letter to President Biden. “All year, your party has chosen to pursue staggering, ‘transformational’ spending through unprecedented use of the party-line reconciliation process. Democrats inherited bipartisan trends from COVID relief to appropriations but have chosen to govern alone. Even now, with Americans already facing painful inflation, Democrats are preparing another staggering taxing and spending spree without any Republican input or support.”

McConnell added that “bipartisanship is not a light switch” that House Speaker Nancy Pelosi (D-CA) and Senate Majority Leader Chuck Schumer (D-NY) “may flip on to borrow money and flip off to spend it.

“Republicans’ position is simple. We have no list of demands. For two and a half months, we have simply warned that since your party wishes to govern alone, it must handle the debt limit alone as well,” McConnell wrote.

The Republican Senate leader’s letter to President Biden recalled the president’s time as a Delaware senator.

“In 2003, 2004, and 2006, Mr. President, you joined Senate Democrats in opposing debt limit increases and made Republicans do it ourselves. You explained on the Senate floor that your ‘no’ votes did not mean you wanted the majority to let the country default, but rather that the President’s party had to take responsibility for a policy agenda which you opposed. Your view then is our view now,” McConnell wrote.

Biden: ‘So Much More to Do’

President Biden said in a Sept. 30 statement that the continuing resolution “meets critical and urgent needs of the nation, including disaster relief for both red and blue states hit hard by Hurricane Ida and other devastating natural disasters.”

The President added: “There’s so much more to do. But the passage of this bill reminds us that bipartisan work is possible, and it gives us time to pass longer-term funding to keep our government running and delivering for the American people.”