Holiday Currently Facing Challenges in a Number of States 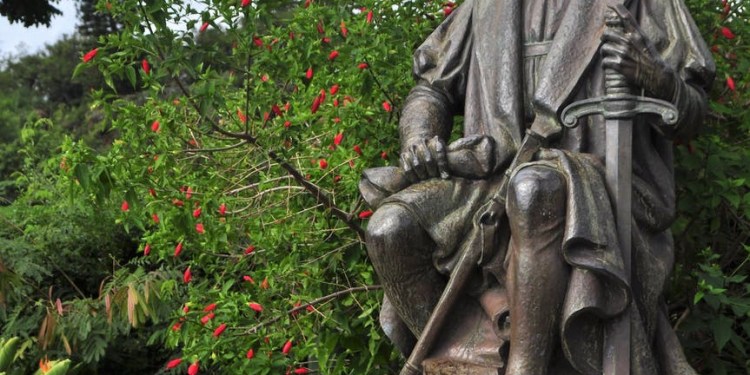 With some municipalities calling for Columbus Day to be abolished, State Sens. Anthony Bucco (R-25) and Joe Pennacchio (R-26) want to preserve the legacy of the day.

Set for Oct. 11 this year, the federal and state is seen as an annual celebration of Italian-American heritage. However, in recent years, some have argued the day celebrates harm to Indigenous peoples under American colonialism and expansionism.

Recently, statues of Columbus had been removed in cities across the nation, from Chicago to Chester, PA.

Bucco Calls on His Own Italian-American History

State Sen. Bucco noted the day is important for Italian-Americans, and was cherished by many who traced their roots back to Italy. He noted the day had morphed from just a celebration of Columbus.

“The Columbus holiday and the granite busts are as much or more tributes to the contribution of Italian immigrants to American society as to Christopher Columbus the man,” he said.

Bucco spearheaded an effort to prevent a local school district from replacing Columbus Day with Indigenous People’s Day earlier this year in Randolph. He spoke at a school board meeting after the school reactively decided to remove all holiday names from the calendar.

“Their attempt to address diversity backfired, and instead created division,” said Bucco. “By trying to make everything vanilla, you lose that sense of diversity. Nobody benefits by destroying a legacy. Progress is made only when we all advance together.”

Bucco noted his later father, during his time as a State Senator, worked to promote Italian-American heritage in the Garden State.

“I am humbled to continue the work of my father, the late Senator Bucco, who sponsored the bill designating every October as Italian-American Heritage Month and fought to fund Italian American heritage cultural and education programs for the state’s school children,” Bucco concluded.

State Sen. Pennacchio positioned his argument as a way to prevent the rewriting of history, arguing efforts to remove the holiday equated to an attempt to “bleach it out of the nation’s fabric.”

“The fact is that the second Christopher Columbus stepped on to our shores, it was an existential moment in human history. It marked the end of the old world and the beginning of the new,” he said.

Pennacchio said the holiday was very important to his Italian-American constituents, and that his colleagues in Congress were pandering beyond this group.

“My colleagues march in Columbus Day parades, they pursue the Italian American vote, but they have been unwilling to defend this holiday. I don’t see any reason why this resolution has not received enthusiastic support from the Legislature.,” he said.

Pennacchio argued that history should not be re-written, but addressed.

“Instead of trying to erase and rewrite history, we should focus on challenging ourselves to create a better history for ourselves and our future generations,” Pennacchio emphasized.

OPINION: Lack of Details on $3.5 Trillion Budget Should Concern All Americans