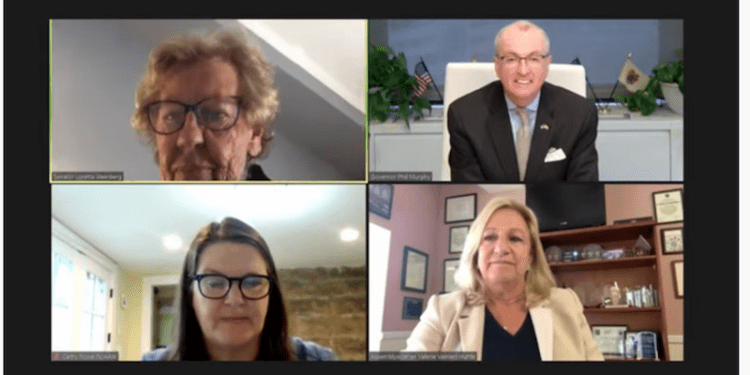 New Jersey’s older workers will receive new protections from age discrimination both on the job and in hiring under bipartisan legislation that Gov. Phil Murphy signed Oct. 5.

The legislation (A681), which passed unanimously in both the state Senate and Assembly earlier this year, expands and amends New Jersey’s Law Against Discrimination.

“I am honored to be signing legislation to end discrimination in the hiring, promoting and forced retirement of employees based on their age,” Murphy said moments before signing the bill whose sponsors included north Jersey lawmakers, Senate Majority Leader Loretta Weinberg (D-37) and Assemblywoman Valerie Vainieri Huttle (D-37).

“Age discrimination like every other form of discrimination undermines the principles that we hold in the highest regard—equality of opportunity, autonomy, and respect,” the governor said.

Additional language expands remedies available to any employee in New Jersey who is “unlawfully required to retire due to age,” Murphy said. He explained that previous law only provided for the remedy of reinstatement of employment with backpay. The new law allows aggrieved workers to seek “all remedies provided by the law, including punitive damages,” the governor said.

The legislative changes are important as people stay in the workforce longer and with 35% of the workforce projected to be age 50 and older by next year, according to Assemblywoman Huttle. She and State Sen. Weinberg appeared from different locations and remarked on the legislation at Gov. Murphy’s virtual bill signing.

“There’s certainly a critical need to prevent age discrimination,” Huttle said. “While New Jersey has made great strides to protect individuals from workplace harassment for their gender and sexual orientation, I was really surprised that adults over the age of 70 could still be discriminated against because of their age.”

Both Murphy and Weinberg pointed to the example of older college professors who have much wisdom to offer their students. Murphy made note of Syukuro Manabe, a 90-year-old Princeton University professor, who just won the Nobel Prize in Physics days ago.

“This bill being signed into law will go a long way to improving society at any number of levels,” Weinberg said.

In her written statement, Weinberg noted that both New Jersey’s workforce and its laws on discrimination are aging.

“We need to be proactive in protecting those older workers against age discrimination. One way to do that is to bring these outdated laws into the 21st Century, in order to grant these valued employees the same protections enjoyed by younger colleagues,” she said.

Weinberg, who is 86 years old and has announced plans to retire in January 2022, said she was “particularly pleased” that one provision in the new law deletes language dating back to 1938 “that permitted an employer to force retirement on an individual if that employer can show that ‘age bears a manifest relationship to the employment in question’.”

The senator said: “This sort of vague, subjective wording has no place in any state that professes to care about all of its workers.”

AARP New Jersey Advocacy Director Evelyn Liebman praised the new legislation in an Oct. 5 statement. “Every worker deserves to be judged on how well they do their job, never on their age,” she said. “The reality is that our workforce is getting older, and people are working longer; yet, three in five older workers report seeing or experiencing age discrimination on the job.”