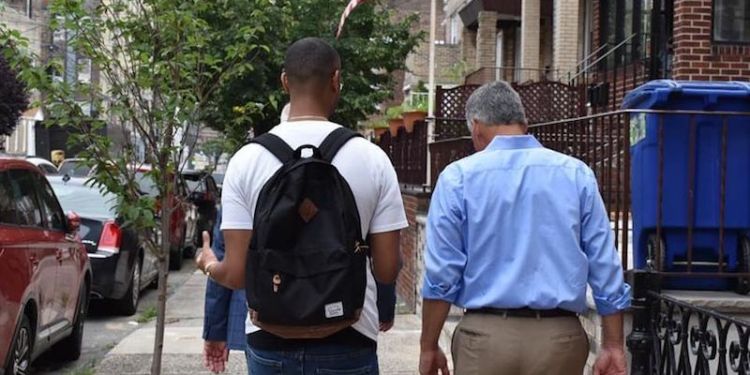 How to deal with racial inequality in New Jersey through its schools has emerged as a key issue in the race for governor in the Garden State.

The issue of teaching about racism and White privilege has been front and center in the U.S. after the death of George Floyd sparked last Summer’s Black Lives Matter protests. Moderators in the debate between Gov. Phil Murphy and GOP nominee Jack Ciattarelli, along with their respective running mates Lt. Gov. Sheila Oliver and Diane Allen, have queried the candidates on the subjects.

At the local school district level, progressives have pushed for more critical investigations of history and expanded choice of readings to include a larger minority representation. Conversely, conservatives have decried “critical race theory,” an all-encompassing term that has come to refer to racial issues being taught in schools, as portraying all White people as oppressors, even today.

At the Sept. 28 debate, Ciattarelli was asked about his criticisms of critical race theory being taught to students after raising the issue on the campaign trail. He said schools should teach students the Golden Rule—doing to others what you’d want done to you—and not suggesting White people are oppressing minorities.

Up until recently regulated to the domain of law studies, critical race theory argues that historical patterns of racism are ingrained in law and other modern institutions, and that the legacies of slavery, segregation and Jim Crow still create an uneven playing field for Black people and other people of color. The idea is that racism is not a matter of individual bigotry but is systemic in America.

The theory has become a catchall for critics, predominantly conservatives, that target opposition to equity efforts and affirmative action. As a result of increasing threats to teachers and school board members spurred by a conservative backlash against discussions of race in public schools, the Department of Justice this week directed the FBI to meet with local governments and law enforcement to discuss strategies for dealing with their safety.

“Threats against public servants are not only illegal, they run counter to our nation’s core values,” Attorney General Merrick Garland recently wrote in his memorandum to FBI Director Christopher Wray. “Those who dedicate their time and energy to ensuring that our children receive a proper education in a safe environment deserve to be able to do their work without fear for their safety.”

Ciattarelli has voiced his objection due to critical race theory in his eyes accusing all White Americans of being racist, further dividing people.

“Critical race theory has elements to it that suggest that the White student, the White person is the oppressor and the black and brown is the oppressed,” Ciattarelli said. “I don’t think that’s what we should be teaching our students, particularly at the younger ages.”

During the debate, Gov. Phil Murphy, who signed a law incorporating instruction on diversity and inclusion into the K-12 curriculum during his first term, argued that while the United States is the greatest nation on Earth, it is not perfect and it’s best to acknowledge that.

“I believe with all my heart we need to teach our kids the whole truth, nothing but the truth,” Murphy said. “You have to teach the whole truth…about slavery, oppression, racism in our country’s history.”

The day after the debate, Ciattarelli was dismissive of “White privilege” during a radio appearance that probed his views on race relations and income inequality.

When asked for his definition during the The Brian Lehrer Show on WNYC, Ciattarelli responded by asking for “the next question.”

“I don’t really understand the question,” the GOP nominee said. “So either he’ll have to go further in explaining the basis of his question, or we can move on.”

When Lehrer went back to the caller who pressed the candidate on the question again, Ciattarelli dismissed his question in its entirety in describing the man as having “a number of issues.”

Lehrer asked Ciattarelli what he would do to lessen racial inequality, the former Assemblyman stated “As governor, I will represent all nine million citizens of this state. Wherever it is they’re being marginalized or disadvantaged, those are things that my administration will certainly address.

But Allen, Ciattarelli’s running mate, was able to acknowledge and give an answer during her debate with Oliver. Both veteran lawmakers covered common ground in their answers.

Oliver, the first Black lieutenant governor, said “there are opportunities and the provision of assets that are afforded to one class and race of people that are not afforded to another” in defining White privilege.

Allen noted that “many people who are White, we are able to accomplish things and do things thinking we’re doing it on our own when in fact we’re doing it because we’re being given a little leeway because of our color. Most of us are probably not aware of that as it happens.”

Oliver added that privilege can manifest itself in the form of generational wealth, “which many white New Jerseyans have and which most New Jerseyans of color do not.”

Voters of Color Back Murphy

The issue comes as Murphy has a substantial lead when it comes to minority voters. A range of polls of all New Jersey voters show the incumbent with an overall lead between 9 to 14 percentage points.

A Monmouth University Poll in August found Murphy has a significant advantage among voters of color—85% to 5% among Black voters and 69% to 19% among Latinos, Asians, and multiracial voters.

Ciattarelli had a 49% to 40% lead among White voters, but there is a split based on education. His lead with this group is largely due to White voters without a bachelor’s degree (55% to 34%). White college graduates narrowly prefer Murphy by a 48% to 41% margin.