OPINION: Finding the Balance as History is Revised 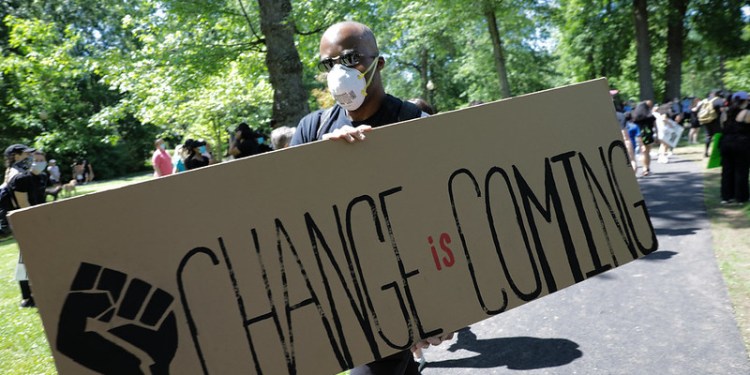 In the last week, we have followed three news stories on the local, state and national level that are linked by our nation’s continuing attempts on education and race.

Locally, State Sens. Joe Pennacchio and Anthony Bucco made the case that Columbus Day has grown to be a celebration of the Italian American experience rather than the exploits of one man. They rose to the defense after some municipalities have called for Columbus Day to be abolished and the removal of statutes celebrating the man.

Statewide, the issue of White privilege, critical race theory and education has been a flashpoint in the race for governor. Moderators in the debate between Gov. Phil Murphy and GOP nominee Jack Ciattarelli, along with their respective running mates Lt. Gov. Sheila Oliver and Diane Allen, have queried the candidates on the subjects.

Nationally, the U.S. Department of Justice directed the FBI to meet with local governments and law enforcement to discuss strategies for dealing with increasing threats to teachers and school board members. One such incident happened recently in Hackensack, Board of Education trustees Michael Oates and Scott James-Vickery received letters  including a photo of their faces in the crosshairs of a gun with apparent bullet wounds on their foreheads. Text on the image read, “You will be taken out by vote or by force” and “public enemies.”

“Threats against public servants are not only illegal, they run counter to our nation’s core values,” Attorney General Merrick Garland recently wrote in his memorandum to FBI Director Christopher Wray. “Those who dedicate their time and energy to ensuring that our children receive a proper education in a safe environment deserve to be able to do their work without fear for their safety.”

All three stories are connected by a cultural war that is raging across the U.S.

Progressives are attempting to push for the reforms they prioritized during the Black Lives Matter movement from last Summer, wanting a more critical investigation of history that features a larger pool of viewpoints from communities of color previously not included.

Conservatives have decried any revisions as promoting “critical race theory,” which argues historical patterns of racism are ingrained in law and that the legacies of slavery, segregation and Jim Crow still create an uneven playing field for Black people and other people of color. That has led Republicans, like Ciattarelli, to make the unfounded claims that racial issues being taught in schools include that all White people, even today, are oppressors.

The frontline for these combatants are school board meetings. Federal officials said their actions to deal with the threats are being spurred by Right Wing groups pushing confrontations when school agendas feature matters of race and mask mandates to help prevent the spread of COVID-19.

In order to restore sanity, we believe a good first step is finding common ground that was supplied by Allen during the Lieutenant Governor’s debate this week. When asked about White privilege, the GOP lawmaker stated “Many people who are White, we are able to accomplish things and do things thinking we’re doing it on our own when in fact we’re doing it because we’re being given a little leeway because of our color. Most of us are probably not aware of that as it happens.”

To some on the left, White privilege is their basis in their arguments about wanting to do away with celebrating Christopher Columbus. The issue illustrates the strengths and blindspots of both sides. Yes, in today’s norms, Columbus is a very flawed person and no, he didn’t “discover” America. But he didn’t live in today’s times. Judging him on that scale is untenable.

We have the same thoughts when we hear about efforts to remove names like Thomas Jefferson off of school buildings because he was a slave owner. Jefferson, for good and bad, was a man of his time who was a leading figure in forming this nation.

But that does not give the right to those who oppose these steps to take a new look of how we teach our history to act in a harassing and violent way. What has happened to civility in our society, in our politics? The radicals on both sides have gone way too far in attempting to obtain their objectives.

What Americans need to do more today is shut up and listen to the arguments presented by the other side, not their echo chambers promoting the latest meme they read on Facebook.

Here is where we stand: We are for the inclusion of more voices that give a true representation of the American experience. Don’t cancel Columbus, Jefferson or any of the other flawed humans that built this country because of their actions over 200 years ago, but give a more illuminating picture of the man and the times they lived in. We need to look to raise the understanding of how we became the nation we are now in a fuller picture so that we can move forward together in bigger and better ways for our future.