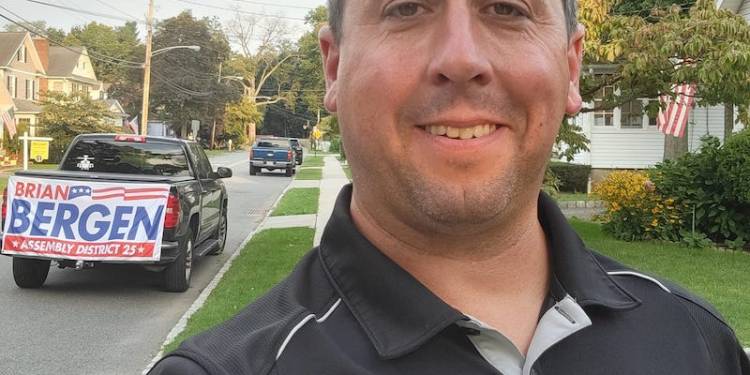 After Gov. Phil Murphy said during the September Gubernatorial debate that he would not raise taxes further if he wins this November and that actually wanted taxes to go down.

Assemblyman Brian Bergen (R-25) challenged Murphy not to wait but to take actions now to make it happen.

“If you believe that is the right thing to do, you should be doing it either way,” said the Assemblyman in an open letter addressed to Murphy.

Saying he was both “shocked” and “surprised” by the admission from Murphy, Bergen said specific taxes could be lowered whether or not he won the election.

Call Lawmakers back to Trenton

He called on Murphy to use his power to push Senate President Steve Sweeney (D-3) and Assembly Speaker Craig Coughlin (D-19) to bring bills that would lower taxes to the floor for a vote.

“Will you commit to pushing these through and making them law, or are you just lobbying empty promises for election sound bites?” Bergen said.

GOP nominee Jack Ciattarelli, a former state assemblyman, has focused his attacks on Murphy that the incumbent has made taxes too high and resulted in the New Jersey being unaffordable to resident and unattractive to businesses. Murphy reached an agreement with Sweeny and Coughlin in 2020 to increase the tax rate on annual income of at least $1 million to 10.75% to 8.97%. The money was used to provide $500 middle class rebate checks. North Jersey Republicans criticized the move as an election-year stunt and a bad economic move that will only dig the state a deeper financial hole.

Suite of Bills to Lower Taxes

Bergen did not simply lay into Gov. Murphy for the remarks, but instead offered up a list of five bills that could help New Jersey tax-payers. The bills were bipartisan sponsored, and would save residents money, according to Bergen.

“Please let me know if you intend to make good on your promises of the last few days by committing to passing these bills. Once I hear from you, I will contact the Speaker and ask that these bills be passed,” said Bergen in closing the letter.