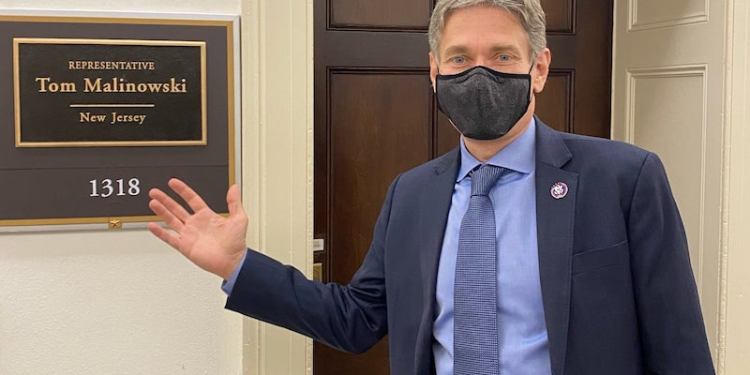 Rep. Tom Malinowski and a bipartisan group of House lawmakers have written legislation that would extend due diligence requirements for banks to others who enable foreign assets to flow into the United States.

Malinowski and the others say that their proposed legislation, “The ENABLERS Act” (H.R. 5525), responds to revelations in the recently released “Pandora Papers” by closing “loopholes that kleptocrats from around the world use to launder money in the United States.” They say their goal is to “stop the enablers of international corruption.”

The “Pandora Papers” probe, whose findings were published earlier this month, shed light on how the wealthy hide their wealth in tax havens, which the Washington Post said increasingly include the United States. Reports by the Post and the International Consortium of Investigative Journalists said that trust companies in Sioux Falls, S.D., for example, established nearly 30 accounts holding assets linked to people or companies accused of corruption, human rights abuses, or other wrongdoing throughout the world.

The probe unearthed the secret purchase by King Abdullah II of Jordan of three Malibu properties, which he bought using offshore companies. Moreover, journalists with the Post and the ICIJ discovered the use of two offshore trusts by a now-deceased art dealer who was accused by U.S. prosecutors of trafficking in stolen Cambodian artifacts.

“If we make banks report dirty money but allow law, real estate, and accounting firms to look the other way, that creates a loophole that crooks and kleptocrats can sail a yacht through,” Malinowski said in a press statement. “Our bill closes that loophole and encourages the administration to move in the same direction.”

Malinowski’s proposal, which he introduced on the House floor Oct. 8, would extend the law’s due diligence requirements for banks to other entities that facilitate the entry of foreign assets into the United States.

The United States has become “a destination of choice” for dictators, criminals and terrorists seeking to hide their “illicitly acquired wealth,” Malinowski and the other lawmakers said in a joint press statement.

“Because our laws require financial institutions to report suspicious transactions, corrupt actors increasingly rely on other enablers not obligated to conduct such due diligence, including law and public relations firms, investment and real estate advisors, and art dealers, to secure their wealth and disguise its origins, through shell companies, trusts, and other investment vehicles,” the group said in announcing their legislation.

Malinowski and the other lawmakers said expanding the reach of the Bank Secrecy Act to target these middlemen would protect Americans from inflated real estate prices, job loss, human trafficking, and influence peddling.

“American adversaries ranging from China to Iran to Russia have taken advantage of the U.S. enablers of kleptocracy—unscrupulous lawyers, accountants, and others, to push their dirty money into our system, attempting to undermine our republic from within,” said Rep. Wilson (R-SC). “If we are serious about fighting dictatorship, we need U.S. professionals to do the most basic due diligence—no American should be accepting money from Chinese Communist Party operatives, Iranian mullahs, Russian oligarchs or others. The ENABLERS Act is a critical national security measure.”

The federal lawmakers released a fact sheet explaining the details of their bill, which pointed to King Abdullah II of Jordan and the example of his real estate investments. They wrote that while the letter of the law may have been followed, the purchases and their lack of transparency “raise serious questions about dirty money in American real estate transactions.”

They contended that a lack of federal due diligence requirements in U.S. real estate help foreign rulers “hide questionably—acquired wealth from the eyes of their own poor and oppressed citizens—making the United States complicit in reinforcing the corruption and ineffectiveness of authoritarian regimes around the world.”

Reps. Abigail Spanberger (D-VA) and Richard Hudson (R-NC) also have signed on as cosponsors. The bill has been referred to the House Committee on Financial Services.