The contract is the largest in the agency’s history 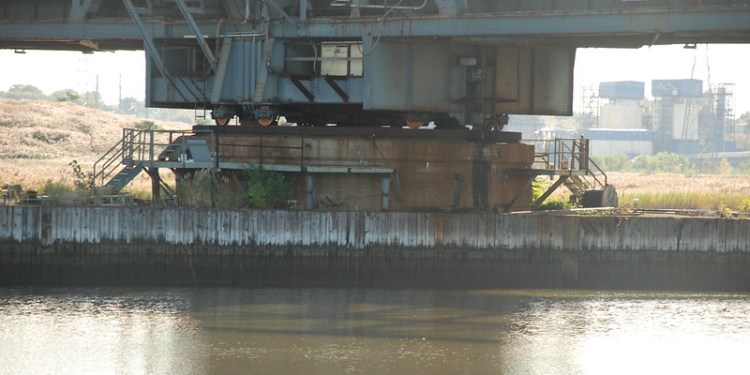 The momentum for the Gateway Project continues as the New Jersey Transit (NJT) Board of Directors recently approved the largest contract in the agency’s history for the construction of the new Portal North Bridge.

“This construction award, which is the single largest in our agency’s history, is the culmination of more than three years of hard work and determination by NJT and our project partners at Amtrak,” said NJT President & CEO Kevin S. Corbett in a press statement. “NJT will soon begin construction on the most important infrastructure project in the nation next to the Hudson Tunnel Project, creating jobs and spurring economic growth for our region, and restoring dependable rail service to the millions of customers who count on this critical rail link between New Jersey and New York every year.”

The Portal North Bridge in Kearny is more than 100 years old and as one official noted “is literally falling apart.” Issues that have plagued the bridge include not closing properly and regularly catching on fire, causing massive delays and stalling commuters trying to get to work on time in the morning or get home to their families at night.

Elected and government officials stressed that the Portal North Bridge project is an important initial element of the broader Gateway Program which will eventually double rail capacity between Newark and New York. The project will eliminate the existing 110-year-old swing bridge which has been a source of major service disruptions for customers traveling on the Northeast Corridor.

“Few infrastructure projects are as critical to the nation as replacing the aging Portal Bridge,” said Gov. Phil Murphy. “With today’s step, NJT is rapidly moving towards beginning the first phase of the largest infrastructure project in the United States. This award will not only bring a bridge that will resolve the long-standing bottlenecks plaguing New Jersey commuters, but will also create well-paying skilled labor jobs in the process.”

The new bridge is a modern two track, high level, fixed-span that rises 50-feet over the Hackensack River and will allow marine traffic to pass underneath without interrupting rail traffic. Once construction begins, the construction contract is anticipated to take approximately five and a half years.

“(This) announcement is another major milestone after we secured federal funding for the project earlier this year. It represents a critical step towards replacing the century-old Portal Bridge that has been riddled with failures and malfunctions for too long,” said Sen. Bob Menendez. “Together, we will build a new bridge, replace the Hudson tunnels, and move our nation forward.”

Getting financing for the projects has been at the top of the priority list for New Jersey lawmakers in the House. The House delegation has argued the Gateway Project will not only be beneficial to families and businesses across North Jersey, but to the nation’s economy as a whole.

“The Gateway Project is our nation’s most critical infrastructure project, it’s the lynchpin to 20% of our nation’s GDP, and something we’ve all been fighting for for years,” said Rep. Josh Gottheimer. “We’ve all been over the Portal North Bridge. It’s more than 100 years old and literally falling apart. That’s why I’ve been fighting around the clock for months on the bipartisan infrastructure bill, to get the funding needed to get shovels in the ground and Americans to work.”

Rep. Mikie Sherrill added “The inclusion of full funding for Gateway in the bipartisan infrastructure bill is a critical piece of this puzzle, which is why I’ll continue pushing to ensure that the bill gets passed as quickly as possible. Together, these steps will ensure that we finally get shovels in the ground on the entire Gateway Project.”

NJT advertised the Invitation for Bid for the construction contract in January 2021. The procurement was a two-step process, the initial step being the Special Pre-Qualification of Bidders. In May, the agency pre-qualified four bidders and conducted a pre-bid conference and Disadvantaged Business Enterprise outreach. Two of the pre-qualified bidders submitted proposals in early September with the Queens-based Skanska/Traylor Bros deemed the lowest responsible bidder.