Supply chain issues, inflation will be blamed on Dems if they do not act on budget, infrastructure 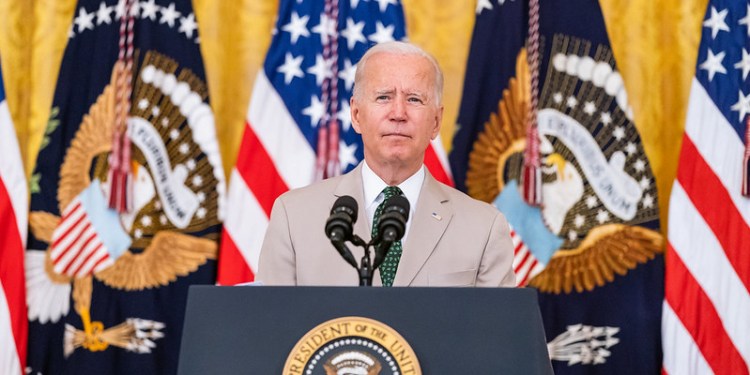 On Oct. 1, the average gas price in North Jersey was around $3.20 per gallon. On that date, the state’s gas tax that funds highway projects was reduced by just over eight cents per gallon.

But as you drive around today, the price of gas has not declined; instead it has climbed to $3.30 per gallon according to AAA, in line with the national average. Think about that—the price at the pump for New Jerseyans has in reality risen by 18 cents in two weeks and up over a dollar from a year ago.

And after you leave the gas station, you are not alone in noticing the empty rows in retail and grocery stores where goods are usually well stocked. If they are there, they are costing more. September’s consumer price index—a measurement of what consumers pay for products and services—increased by 5.4% from a year ago, the highest in 13 years.

To some degree the increase in prices and lack of choice is an outgrowth by the supply chain disruption hitting all industries. Rep. Donald Payne was “outraged” to hear that the cost to move a shipping container has risen from $1,800 before the pandemic to more than $22,000 today. The price for premium shippers such as Matson cost $40,000. Standing by his side in Port Newark, Rep. Josh Gottheimer rightfully described it as “a shipping and supply chain crisis” in calling for hearings on the continued spike in global shipping prices and potential collusion in the marketplace.

With costs rising in the supply chain since the start of COVID, companies in the U.S. are having trouble getting goods to America, from ventilators to shoes. It has resulted in the price of import material going “through the roof” as Gottheimer stated.

It is a de facto tax increase as these prices are being passed down to the consumer because companies are operating on such thin margins. It threatens our national economic recovery at a time when America is ramping up to leave the pandemic behind.

What frustrates us most is the inaction by the federal government, and specifically President Joe Biden. It’s an issue that the business community has been raising since Spring this year while ships were backlogged and sat outside the ports of Los Angeles and Savannah for months.

Belatedly, the Biden Administration just this week announced that two West Coast ports—the Ports of Los Angeles and Long Beach—were expanding to 24-7, round-the-clock operations to unload an estimated 500,000 containers sitting on cargo ships offshore. Expanded operations at Los Angeles would nearly double the hours that cargo can move and the extra shifts have been agreed to by the International Longshore and Warehouse Union, which represents dock workers, in a deal negotiated by the White House.

“These are incredibly tough times for us. We’re in supply chain hell almost every day and it’s really a fight. A lot of it really does stem from these ocean freight carriers charging exorbitant costs and what feels like price gouging to us,” said Matt Feiner, CEO of SG Companies.

Another issues that due to energy issues, China has recently had to cut back on production. Factories are only running at 40% of capacity due to a coal shortage. The slowdown in production will result in prices going up globally as well. Inflation will increase even higher because retail markups will go even higher in the Spring.

The expanded use of the ports is an issue that is directly addressed in the Infrastructure Investment and Jobs Act that still languishes in Congress due to President Biden’s ill-fated decision to back Progressives tying the bipartisan approved infrastructure bill to an  unwritten, price-to-be-determined reconciliation budget.

We have been very straight forward with our view that the far left needs to be more realistic in their goals. But a deal can’t be done when Sen. Kyrsten Sinema (D-AZ) is off in Europe looking for campaign funds in a race that is two election cycles away.

If the last 19 months have taught us anything, leadership matters. While opening the ports was a good start, President Biden needs to become much more engaged and bring more urgency in budget negotiation to get a deal done. While that is going on, he should insist on an infrastructure vote today.

Because the continuing budget saga is turning off the coalition that voted Dems into power in Washington. If you don’t think so, look at how bellwether governor races in Virginia and New Jersey have tightened in recent weeks. Instead of telling the story of all the new roads, bridges, tunnels, mass transit, tax breaks for middle class Americans, and monies for expanded childcare and climate change as a campaign issue, candidates are forced to beg for action in Congress.

Why do you think Sen. Mark Warner (D-VA) recently called for an infrastructure vote in the House on Thursday? The bill languishing is why Gottheimer fought for a firm date for a vote on infrastructure, only to be thwarted by the far left of his party.

In pure political terms, Americans more often than not vote with their pocketbooks. And those pocketbooks are tightening while lawmakers bicker and produce no results. The inaction in Washington by Democrats is pushing swing voters to once again consider their political options.

It is time for President Joe Biden to lead. Have Moderates (and by Moderates, we mean Sen. Joe Manchin) give a top line budget number and have Progressives actually write a budget that will pass both houses unlike the $3.5 trillion pie-in-the-sky offers they have put forth so far.

The budget, infrastructure and the economy must be a singular focus for lawmakers. Pocketbook issues must be front and center until a deal is done and the supply chain crisis has been dealt with.

If not, the old “Dems in Disarray” cliche will be in fact true.