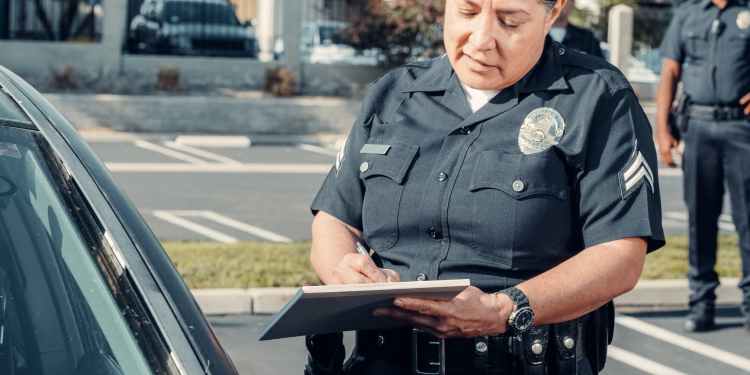 Police officers will no longer have to worry about how many tickets they write or do not write as part of their job performance reviews.

A bipartisan bill was recently signed into law by Gov. Phil Murphy that prohibits police departments from using the number of tickets issued or arrests made by officers in their performance evaluations.

“Not only is it unfair to factor the volume of citations and arrests into an officer’s performance evaluation when we did away with quotas decades ago, but there are much more effective performance measurements like decision-making abilities, response times and work ethic,” said Assemblyman Hal Wirths (R-24), a co-sponsor of the bill in the lower chamber said.

“This law allows our dedicated police officers to focus on protecting and serving the public.”

While state law bans police departments from establishing arrest and ticket quotas, agencies were permitted to use such data when evaluating an officer’s performance. The new law eliminates that practice.

“Our men and women in blue deserve to be promoted based on merit, not outdated and banned quotas,” said co-sponsor Assemblyman Parker Space (R-24). “Quotas are illegal because they harm communities and their relationships with law enforcement.”

“This measure will close a loophole that essentially permitted law enforcement agencies to embrace unlawful quotas.”

The bill had the backing of the New Jersey State Policemen’s Benevolent Association (PBA), who have lobbied against police bosses that have used the number of citations and arrests when deciding on who gets promoted, demoted, awarded or disciplined.

According to Rob Nixon, the PBA’s head of government affairs, some departments use internal quotas to dole out perks, including one that used data metrics to have officers compete for vacation and meal time slots as well as vehicle assignments.

“This issue is important to the PBA and to the public. The public impression is…it’s the end of the month and we have to meet a (ticket) quota,” said Nixon during public hearings earlier this year. “In an era when we’re trying to increase public trust, this bill will send the right message—the state won’t tolerate the use of ticket quotas.”

State Sen. Shirley Turner (D-15) augmented that argument, stating that for too long the way that perceived or real efforts by some officers to achieve ‘quotas’ in order to attain higher evaluations through the sheer number of arrests and citations can have a detrimental effect on communities they serve in.

“Officers are all too often pressured to write more tickets to increase revenue and help municipalities balance their budgets,” said Turner, a sponsor of the bill in the State Senate. “These policies, whether written or unwritten, have fallen hardest upon low-income individuals and people of color, who are arrested and ticketed at much higher proportions than others.”

“As we work to advance issues of social justice and create a more equitable criminal justice system, we hope this bill can put an end to these ill-conceived practices once and for all.”