Corrado: Gov. Murphy Failed to Live Up to His Promise 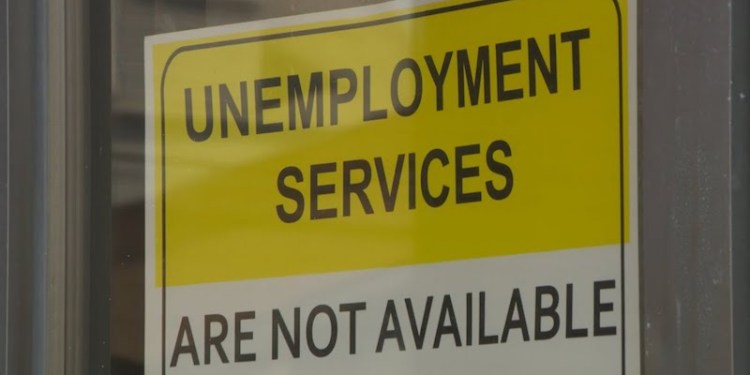 Corrado (R-40) expressed frustration Oct. 19 that the governor failed to meet his own timeline for reopening all state government offices. In particular, the GOP senator called it “absolutely outrageous” that the state likely would not provide in-person unemployment assistance until 2022.

“I’m disappointed but not surprised that Governor Murphy failed to live up to his promise to reopen all of the State government services that have been closed since the start of the pandemic,” Corrado said in a press statement.

“When everything in the private sector is open, the continuing closure of important State offices, including unemployment centers, sends a message that the Murphy administration doesn’t care that lots of people need help. There’s a clear disconnect between the governor’s priorities and what New Jerseyans actually need.”

Murphy announced on Aug. 23 that state workers along with teachers will be required to be fully vaccinated by Oct. 18. ​​He said at that time that all state employees—including those at state agencies, authorities, New Jersey State Police officers and public colleges and universities—are required to be fully vaccinated or undergo regular testing at a minimum of once to twice each week by the third Monday of October. In conjunction with the vaccine mandate, state employees were expected to return to their offices that day.

But Murphy revealed at a press briefing Oct. 18 the state opted for a more gradual roll out of returning employees to their offices. While workers returned to the office Oct. 18 in different departments, others will be phased in over the next month.

“Like all other big steps taken (during the pandemic), this is not a straight line,” said Murphy earlier this week. “We decided … to focus on (the bigger agencies) first, particularly on the ones that have a high customer-facing reality.”

“We think this is the most responsible way to do it,” Murphy said at a press briefing Oct. 20. “I would like a magic wand and we all get back in position in our offices. You see (this approach) being done in the private sector.”

Corrado had urged Murphy in an Oct. 13 press statement to reopen all state government offices, saying, “I hope the rumors aren’t true that some offices may have their reopenings pushed back beyond the date the governor set for his administration to get back to work.”

In her Oct. 19 statement, Corrado said she’d heard from angry constituents who went to the state’s one-stop career centers in Hackensack and Paterson on Oct. 18 for help with pending unemployment claims only to be told that the offices were closed.

“We had constituents whose unemployment claims were stuck in limbo for months who thought they finally may get some face-to-face help yesterday with the expected reopening of the one-stop career centers,” said Corrado. “Instead of getting help, they were told by security guards that the offices weren’t open and turned away.

“They were handed sheets of paper with phone numbers to call for unemployment assistance. The phone numbers, of course, didn’t work when they tried calling. It’s a real slap in the face.”

New Jersey’s labor commissioner announced in an Oct. 15 email to lawmakers that there would be no in-person unemployment insurance services at Department of Labor locations for now, according to Corrado.

She said he added that he hoped they would be able to provide in-person unemployment assistance “at some point in 2022.”

“It absolutely outrageous that Governor Murphy is going to make desperate people wait another year for help with unemployment claims,” added Corrado. “It shouldn’t take two years for the Murphy administration to get these offices open and working for New Jerseyans who are begging for help. It’s complete and total incompetence.”

As for those that have passed, the state reported 15 confirmed deaths, bringing that total to 24,973. The state listed probable deaths at 2,810, bringing the overall total to 27,783. State officials noted 14 deaths occurred in the last 24 hours of reporting that have not yet been lab confirmed.

The state reported 880 patients were hospitalized; by region, there were 268 in the North, 269 in the Central and 343 in the South. Of those hospitalized, 208 are in intensive care units and 123 on ventilators. A total of 125 patients were discharged in the last 24 hour reporting period.

In regards to cases related to in-school transmissions as of Oct. 19, the state has tracked 126 school outbreaks and 658 cases in 105 school districts linked to those outbreaks since the 2021/2022 school year starting Aug. 7, up 30 outbreaks and 137 cases from the week previous. According to state officials, the cases account for 564 students and 94 teachers across 19 counties.

Health officials noted 164 long-term care facilities are currently reporting at least one case of COVID-19, accounting for a total of 1,353 of the cases, broken down between 725 residents and 628 staff.

The state’s official death total will now be reported as those that are lab confirmed, sits at 8,601 on Oct. 20. The facilities are reporting to the state 7,989 residents deaths and 146 staff deaths.