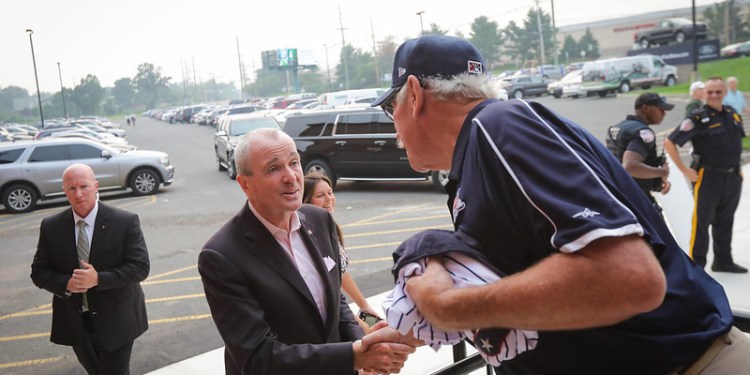 The race for governor continues to tighten with Phil Murphy now holding a six-point lead over Republican challenger Jack Ciattarelli, 50% to 44%, among likely voters in an Emerson College/PIX 11 poll released Oct . 21.

This is the first poll released after the two debates between the Democratic incumbent and his GOP challenger. Murphy has maintained a lead since both won their party’s primary in June.

Murphy in a Monmouth University Poll released Sept. 22 maintained a slightly smaller double-digit lead over Ciattarelli. Just over half (51%) of registered voters polled were backing Murphy while 38% back Ciattarelli at that time. In August, the polling outfit found Murphy with a 52% to 36% lead.

A Stockton poll released Sept. 29 showed Murphy still with a significant nine point percentage lead over Ciattarelli, 50%-41% including voters who lean toward one candidate or the other. Nine percent were undecided or not liking either candidate in the statewide poll of likely voters taken before the two squared off on the debate stage Sept. 29.

The Emerson poll found 7% of voters are still undecided, with 59% of this cohort leaning towards Ciattarelli and 41% considering Murphy. When these voters are allocated, the race tightens to four points, with Murphy at 52% and Ciattarelli at 48%.

The incumbent has a strong lead with voters who have already cast their ballots, up 76% to 24%. Murphy also leads among those who are somewhat likely to vote, 45% to 40%.

Among very likely voters, Ciattarelli leads 48% to 45% and Independents are leaning towards the former Assemblyman as well, 56% to 32%.

A majority of likely voters (56%) agree with the first term governor’s vaccine mandates for public school staff, childcare staff, and healthcare workers, while 38% disagree. Six percent were unsure or had no opinion.

Murphy backers are split between taxes (30%), jobs (23%) and healthcare (22%) as his top priority in a second term. An overwhelming majority, 74%, of Ciattarelli supporters say taxes should be the next Governor’s first priority.