Despite reservations on economy and social policy, Murphy is the best choice going forward for North Jersey

by North-JerseyNews.com
in Opinion
0 1
33 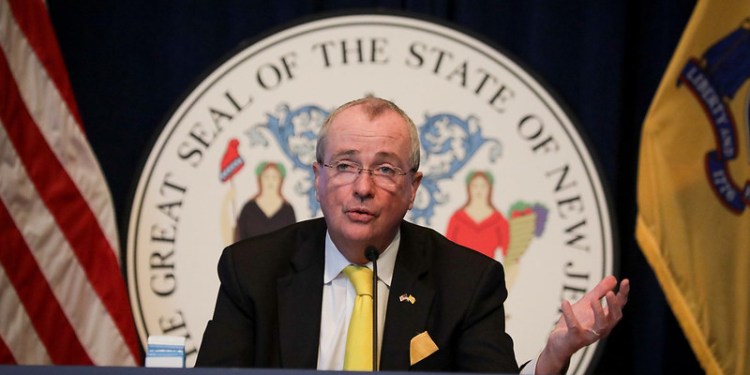 Residents of New Jersey often wonder why election for Governor is held on off-year cycles. The best reasoning we have heard is that it shifts the debate away from national issues to ones that are more local.

We believe Garden State residents should be thankful for that this year. Being in an off year has allowed the race for Governor to be front and center since June when the Democrats backed Gov. Phil Murphy to be their candidate and the GOP elected former Assemblyman Jack Ciattarelli as their standard bearer.

As we documented this week, the two issues garnering the most attention have been taxes and the coronavirus pandemic.

Looking to lower taxes and the economy has been a strength for Ciattarelli in statewide polling this year. After all, who doesn’t want to back somebody who wants to cut your taxes? But his proposals have been light on specifics in regards to how to make up for lost revenue besides budget cuts.

Ciattarelli has rightfully questioned how a budget that has increased 30% in four years can be sustainable. Add on top of that, the borrowing the Murphy Administration has taken on in the last year leads to a highly troublesome economic forecast as well.

Despite attempts by the Murphy campaign, it is unfair to portray Ciattarelli as just another extremist Trump Republican. Just this week, he admonished the former President for his distasteful missive after the passing of Gen. Colin Powell and we believe his demeanor would serve the state well if he were to reside in Drumthwacket for the next four years.

But he did attend a “Stop the Steal” event on Jan. 6 and his answers about that appearance have been less than assuring. And on the issue that most hangs over New Jersey, Ciattarelli has dipped too much into the Republican playbook to combat the coronavirus pandemic for us to endorse him as the 56th governor of New Jersey.

Please do not get us wrong—we have a lot of concerns about Phil Murphy. We start off with his delay of any sort of independent investigation into his administration’s actions during the pandemic. It should have been done before this year’s election so voters had a full picture of why decisions were made. It smacks more of CYA than being too busy because “we in the fight” as the Governor has claimed.

Two items atop our list of reservations are spending and drifting too far left on social reforms. The federal aid we receive has been largely bumped up due to the pandemic and at some point, that tap will be turned off. We fear the spending for programs being put in place now are not sustainable and will ultimately cost taxpayers in New Jersey.

As for social reforms, we feel too often he lets the more liberal wing of his party set the agenda then the Governor himself. The controversy around marijuana legalization and decriminalization is a cautionary tale that we hope Murphy has learned from. He deserves praise for making sure a mistake in a child’s youth should not ruin their entire lives and holding the line that legal cannabis usage should be 21. But the notion that parents should not be notified by police if their 16 year old is caught with a joint or can of beer should have been a non-starter.

For those voters who want to be a one-issue voter and cast your ballot because of the deaths at long-term care facilities and veterans homes, we feel that is as good as any reason to cast a vote against whomever ran against Murphy. But we look at the bigger picture in which large number of deaths at nursing homes were not an isolated incident in New Jersey, but one unfortunately seen time and time again nationwide. And we believe operators of the homes deserve much greater scrutiny. But overall, this is an issue where the buck stops with Murphy.

For the past 19 months, Murphy has been front and center leading the state during the pandemic. The bad—resident interactions with the unemployment agency and motor vehicle commission are the first that come to mind—however have been outweighed by the overwhelmingly correct decisions made during unprecedented times forcing officials to make choices as best they could on the fly.

With Health Commissioner Judith Persichilli by his side, his administration has spearheaded a vaccine program that now features the state having over 6 million Garden State residents full vaccinated. We have been and continue to be supportive of mask and COVID-19 vaccine mandates because that is the right playbook to getting us back to normal. Ciattarelli’s reluctance to fully embrace this with the word salad of “personal choice” favored by anti-vaxxers when it comes to medical decisions is what ultimately leads us to our endorsement.

Leadership matters. For nearly half of his four year term, Phil Murphy has held the ship steady in extremely choppy waters in comparison to others in his position.  Murphy is the best candidate for North Jersey voters to cast their ballot for starting this weekend, to continue that proven leadership that will be needed over the next four years.