Renews call from earlier this year regarding the driver shortage 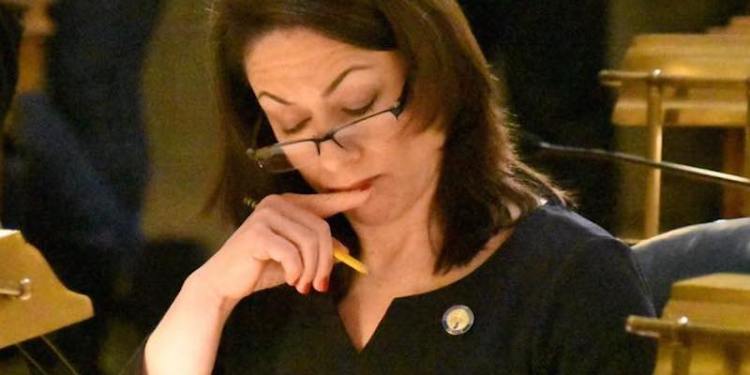 The officials, speaking during the State Legislature’s Joint Committee on the Public Schools, said certain bus routes were cancelled entirely, while others said children were being dropped off at home during dinnertime.

“None of this is sustainable. It’s nothing short of educational neglect,” Dunn said.

Dunn had previously slammed Gov. Phil Murphy for not taking action on the crisis, saying the state could step in instead of leaving parents out to dry.

The school officials lamented that children were heading to and from school at wildly different times when compared to pre-pandemic life. Some noted children were picked up 90 minutes early and dropped off more than two hours late every day.

In one dramatic example, a South Jersey school district was forced to alter the starting times for 25% of its public schools. Other schools were offering parents up to $1,000 to drive their children to school, while some students were turning to public transportation or ride-hailing services to make it to school.

“The state can make changes that would help get drivers in seats without compromising our children’s safety. But this administration instead ignores the issue, as if it will resolve itself,” said the Morris County lawmaker.

The Joint Committee on the Public Schools posited several solutions, including incentives to CDL license holders and recruiting National Guard members—which other states have done—to drive the vehicles.

The Motor Vehicle Commission could be told to prioritize CDL scheduling and testing to alleviate the backlogs started during COVID-19 lockdowns. Temporary CDL waivers could also be utilized to let drivers transport students in 15-passenger vans.

Dunn also met with key players in the New Jersey School Bus Contractors Association and plans to keep in close contact as new ideas are surfaced.

“I applaud the Joint Committee on the Public Schools for seeking solutions where Gov. Murphy and his administration has been silent,” Dunn said. “I hope he is finally listening and will act. Our children deserve better.”