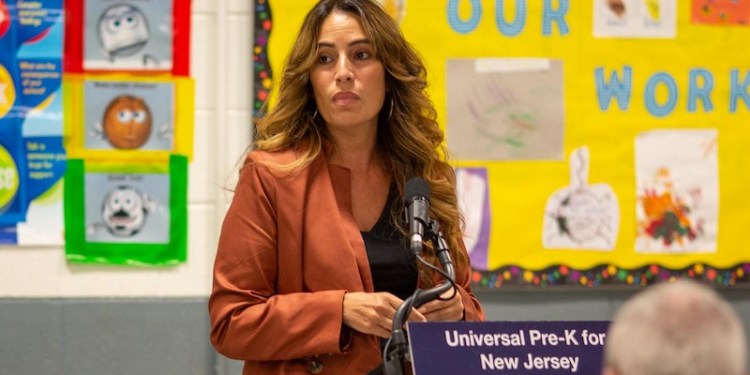 North Jersey lawmakers in both parties will be in key State Senate leadership positions when the gavel is brought down for the two year term starting in 2022.

And according to published reports, State Sen. Steve Oroho (R-24) has the votes to become the minority leader of the State Senate next year.

Ruiz’s profile has risen during the pandemic, being at the forefront of education issues with Gov. Phil Murphy as chair of the Senate Education Committee as well as member of the Senate Budget and Appropriations committee. A 47-year-old Newark resident, Ruiz has served as Senate president pro tempore since 2018 and assistant majority leader from 2010 to 2017.

“I want to thank Senator Weinberg for a distinguished career of accomplishments and for her decade-long partnership,” said Sweeney in a statement to PoliticoNJ. “I welcome Senator Ruiz as the new Majority Leader. She possesses the experience, the skills and the passion to excel as a leader of the Senate Majority. We face real challenges ahead, but I am confident in the abilities of this leadership team to move the state forward.”

Ruiz will be replaced by Assistant Majority Leader Sandra Cunningham (D-31) in the Pro Temp position. Cunningham, a Jersey City resident, had been viewed as a candidate for the leadership position.

While Ruiz will hold the No. 2 position for the majority party, Oroho (R-Franklin) has the votes to be the minority leader for the GOP according to a New Jersey Globe report. Two other Republican candidates for the position—Deputy Minority Leader Bob Singer (R-30) and Senate Minority Whip Joseph Pennacchio (R-26)—are expected to withdraw from the race in the coming days.

The current minority leader, Thomas Kean, Jr., (R-21) is not seeking re-election to the Senate in order to focus on a rematch against Rep. Tom Malinowski in New Jersey’s 7th congressional district.

Oroho, a 63-year old Franklin resident, sits on the Senate Budget and Appropriations Committee as well as the Senate Economic Growth Committee. He serves as the Senate Minority Budget Officer and has been a frequent critic of Gov. Murphy’s fiscal policies.

Singer and Pennacchio are expected to remain in a leadership position, according to the report. State Sen. Kristin Corrado (R-40) will remain as the Republican Conference Leader and State Sen. Anthony M. Bucco (R-25) is expected to be part of leadership, eyeing a seat on the Senate Judiciary Committee. State Sen. Declan O’Scanlon (R-13) is viewed as a leading candidate to replace Oroho as the Senate Republican Budget Officer.

With Kean moving on and Assembly Minority Leader Jon Bramnick (R-21) running for that State Senate seat, that leaves the GOP Assembly leadership up for grabs.

Assemblywoman Nancy Munoz (R-21) and Assemblyman Brian Bergen (R-25) are both vying for the lead spot. Munoz reached a deal with two other lawmakers who were considering the position, Assemblymen Ned Thomson (R-30) and John DiMaio (R-23), to back her candiancy.

But Bergen is being pushed by a coalition of opposition from conservative activists.

“For me, this race isn’t to hold some position, it is about taking back the majority,” said Bergen when he announced his candidacy. “Anybody can steer a ship in calm waters. I want to navigate Republicans through the storm. We have to be relentless in getting our message out, especially to new audiences and new generations.”

Leadership elections are scheduled for next Nov. 4, two days after Election Day. The full Senate will officially vote for Senate president and majority leader on Jan. 11, 2022, when the new session begins.