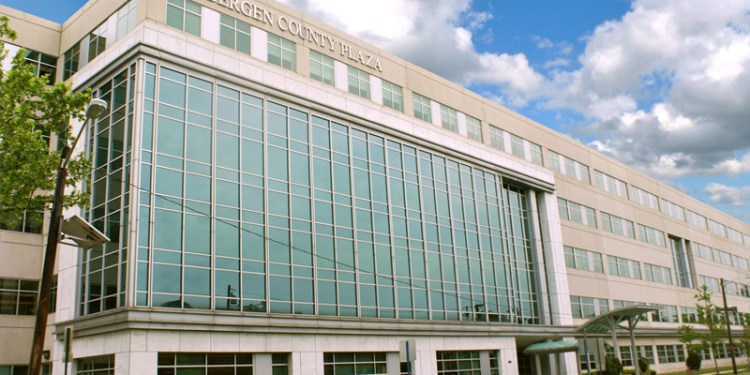 On Tuesday, voters across Bergen County will head to the polls to select their choice of candidate to serve as county clerk.

Of the county’s 650,000 registered voters, 39% are Democrats, 21% are Republicans and 38% are unaffiliated. Democrats have control of all county offices, including the Freeholder board and the positions of sheriff (Anthony Cureton), surrogate (Michael Dressler) and clerk (John Hogan).

This year, Hogan is seeking re-election to his third five-year term as county, a role that includes recording, filing and maintaining many public records, as well as assisting with administering elections.

Hogan be up against Republican Bridget Anne Kelly, a one-time aide to former Republican Gov. Chris Christie who became entangled in the Bridgegate scandal eight years ago.

This is the first-ever bid for public office for Kelly, who may be best known for her infamous “Time for some traffic problems in Fort Lee” e-mail that federal prosecutors say triggered the four-day shutdown of access lanes to the George Washington Bridge.

The scandal nearly landed her in prison for 13 months — until her conviction for fraud and conspiracy was overturned by the US Supreme Court last year. The court also reversed the convictions of former Port Authority deputy director Bill Baroni.

Kelly, who insists she was merely a scapegoat for more powerful officials, including Christie, has said she wants to move on with her life.

Hogan, meanwhile, will not let Bergen County forget the scandal. In March, he chose the foot of the George Washington Bridge to announce his reelection campaign and called Kelly “unfit to run for political office.”

The Democrat recently released digital ads attacking Kelly for the lane closures, which were part of a ploy enacted against Fort Lee Democratic Mayor Mark Sokolich because he did not endorse Christie’s re-election bid.

In response, Kelly has accused Hogan of trying to distract by seizing on “juvenile drama to distract from his own record of misappropriation of taxpayer dollars on promotional materials and patronage for his political friends.”

During an October debate sponsored by the Bergen County chapter of the NAACP, Hogan centered his attack on Bridgegate, claiming Kelly’s career was “not exactly a distinguished” one and that her public service work was “appointed political jobs.” He added that he is “not sure her past qualifies her” for the post of county clerk.

Kelly once again denied having any role “in closing or realigning lanes of the bridge” and pointed out that her conviction of nine federal charges was later overturned.

Bio:  A former two-term mayor and councilman in Northvale, Hogan served as a Bergen County Freeholder in 2010. The following year, he ousted interim Republican county clerk Elizabeth Randall in the 2011 general election. He was re-elected in 2016, defeating Hector Olmo. Hogan’s background also includes serving as vice chair of the Bergen County Planning Board, as well as Bergen County Election Commissioner. During his tenure as clerk, Hogan has modernized the offices, broadened its services to reach more residents and claims to have saved money on the cost of printing ballots

North-JerseyNews.com Fact:  The Hogan family’s involvement in local politics stretches back four generations. Earlier this year, Hogan’s son was sworn in as a Northvale councilman, following in the footsteps of his father, grandfather and great grandfather.

Bio: Former deputy chief of staff to Gov. Chris Christie and onetime aide to Assemblyman David Russo (R-40) for more than a decade. Prior to the COVID-19 pandemic, the single mother from Ramsey, was a part-time consultant briefly, but has not had a full-time job since 2013 because she has said it was challenging to find employment with a background that includes convictions.

North-JerseyNews.com Fact:  After the US Supreme Court overturned Kelly’s conviction in May 2020, friends and family planned to do a socially distanced, drive-by celebration of her home, but she asked them not to. During an interview with People magazine, Kelly said, “I live on a very busy road and we didn’t want the media there and there to be traffic issues. It wouldn’t be a funny joke.”