Bruck says aim is to ensure election ‘without fear of intimidation’ 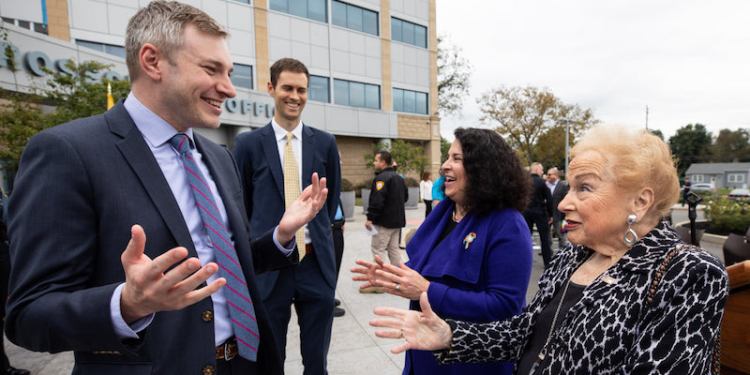 New Jersey’s acting attorney general recently updated written guidance for law enforcement in what he described as an effort to protect voters from intimidation at the polls.

The updated guidance from the acting AG does not make major changes to guidance that the AG’s office released in October 2020, following what the office described as “troubling reports of voter interference in other states” in the 2020 election. That guidance aimed to boost public confidence in the Garden State’s election process. The document outlined police officers’ role in protecting voters from intimidation and “the limited nature of their role under certain other election-related laws.”

“Free and fair elections are the cornerstone of our democracy,” Bruck said in a press statement. “We are committed to ensuring that all eligible New Jersey voters can vote without fear of intimidation or coercion – whether they vote in person or vote by mail, and whether they vote on Election Day or vote early.”

The 2020 election, held during the height of the coronavirus pandemic, presented unprecedented circumstances, but New Jersey managed to avoid problems at the polls that surfaced elsewhere “and experienced few reports of voter intimidation, Bruck’s office said.

Like the 2020 guidance, the newly updated guidance was addressed to New Jersey’s police chiefs, sheriffs, and county prosecutors. The document states that during both early voting and on Election Day, responsibility for preserving peace and maintaining order at the polls lies mainly with poll workers rather than law enforcement.

“At the county and local levels, civilian election officials—not law enforcement officers—are in charge of administering elections, just as at the state level, it is the Division of Elections within the New Jersey Department of State—not the Department of Law & Public Safety or the Office of the Attorney General—that are entrusted with election administration responsibilities,” Bruck wrote in the guidance, which was provided in the form of a roughly four-page memorandum.

Bruck added that New Jersey laws limit the role of both on- and off-duty law enforcement officers in elections “to activities necessary to maintain public safety, and to the enforcement of laws securing the right to vote and protecting voters from intimidation and harassment.”

He said that law enforcement officers assigned to early voting locations and polling sites throughout New Jersey “should familiarize themselves with the applicable rules” while remaining mindful that election officials are responsible for administering the rules.

The Attorney General’s Guidance is posted at https://www.nj.gov/oag/newsreleases21/Election-Guidance-to-NJ-Law-Enforcement-2021-1020.pdf.

Bruck’s office said anyone with concerns about voting and elections can call the Division of Elections’ Voting Information & Assistance Line: 877-NJVOTER (877-658-6837).

Additionally, Acting U.S. Attorney Rachael Honig announced an election hotline in advance of early voting. Honig said Oct. 22 that the hotline is available at 888-636-6596 to anyone wishing to report threats against voters, threats against election workers, or any other efforts to interfere with voting. The hotline is open and available now through Nov. 3.

“We are committed to ensuring free and fair elections in New Jersey by protecting the right of every voter to access polling places and cast a ballot and the right of every election worker to work without harassment, threats, or intimidation. We encourage the public to reach out to our Office to report any threats, discrimination, or other concerns,” Honig said.