New York is attempting to divert funds away from NJ Transit 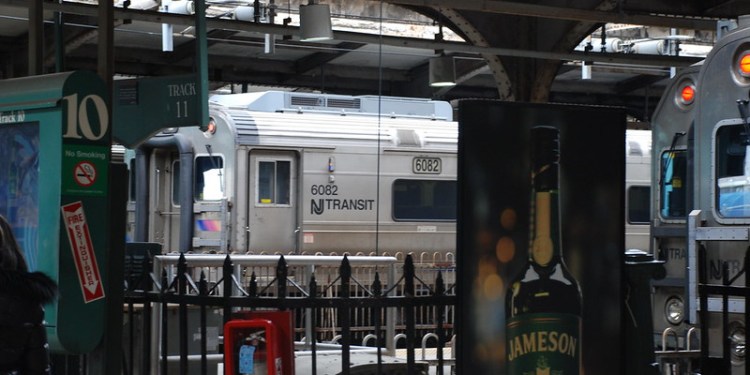 Gov. Phil Murphy is hopeful an agreement can be worked out with New Jersey’s tri-state neighbors when it comes to receiving federal aid for mass transit.

But the governor stood firm that it will be on the Garden State’s terms and New York’s.

At dispute is New York looking to change the federal formula that would take money away from New Jersey and Connecticut, diverting from how 47 other states used to divide COVID-19 funds as mass transit systems ridership struggles to get back to pre-pandemic levels. New York is looking for $637 million more in federal COVID-19 transit aid as it wants to block its neighbors from accessing all their funds.

NJ Transit officials have stated they have used up all of the two types of federal transit coronavirus aid it’s received and need the aid to keep trains and buses available at full strength.

“We’re going to make sure we get our fair share as we always do, whether it’s for our commuters or for the state’s budget and the resources that are rightfully due to us,” Murphy said during a press briefing Nov. 1.

According to the current federal standard, New Jersey would receive $3.6 billion in aid so that  NJ Transit can maintain current levels of train and bus service. At issue is New York officials arguing the Metropolitan Transportation Authority should receive an additional $637 million more in CRRSSA Act funds under a proposal New York officials came up with, based on its hardship calculations and a formula based on pre-pandemic operating expenses.

If the U.S. Department of Transportation sides with New York, the money would be diverted from New Jersey and Connecticut. The federal formula is based on population and has been used to distribute other federal transit funding, allocated to urban regions on the basis of population. The states already missed a September deadline to submit grant applications for federal officials to review to allow the funds to flow.

In August, Murphy formally asked U.S. Transportation Secretary Pete Buttigieg to step in to reach a settlement with all parties. New Jersey and Connecticut officials already agreed to use the federal formula to allocate the funds. But Buttigieg does not have the authority to force New York to accept that distribution of funds.

Murphy did not answer if he would invoke the “nuclear option” of vetoing the Port Authority of New York and New Jersey’s meeting minutes, which would stop any business the Authority’s board approved that month. Murphy has reportedly raised using this tactic with another transit dispute —New York City’s proposed congestion pricing plan. That plan would charge a toll for drivers coming into Manhattan south of 60th Street and fund capital projects for the cash-strapped MTA subway and bus system. North Jersey politicians have objected to this plan due to carve outs for New York residents and no plans to share the monies raised with the Garden State.

The governor noted he is scheduled to meet New York Gov. Kathy Hochul in a couple of weeks and is “optimistic we can get to a good result (but) we are going to stand our ground on getting what’s fair.”

As for those that have passed, the state reported 24 confirmed deaths, bringing that total to 25,188. The state listed probable deaths at 2,816, bringing the overall total to 28,004. State officials noted 11 deaths occurred in the last 24 hours of reporting that have not yet been lab confirmed.

The state reported 700 patients were hospitalized; by region, there were 242 in the North, 201 in the Central and 257 in the South. Of those hospitalized, 170 are in intensive care units and 92 on ventilators. A total of 63 patients were discharged in the last 24 hour reporting period.

In regards to cases related to in-school transmissions as of Oct. 27, the state has tracked 137 school outbreaks and 715 cases linked to those outbreaks since the 2021/2022 school year starting Aug. 7, up 11 outbreaks and 57 cases from the week previous. According to state officials, the cases account for 613 students and 102 teachers across 19 counties.

Health officials noted 142 long-term care facilities are currently reporting at least one case of COVID-19, accounting for a total of 1,327 of the cases, broken down between 705 residents and 622 staff.

The state’s official death total will now be reported as those that are lab confirmed, sits at 8,639 on Nov. 2. The facilities are reporting to the state 8,006 residents deaths and 145 staff deaths.