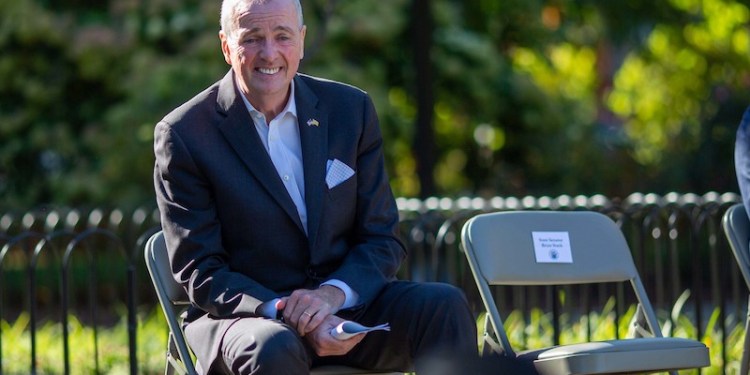 Gov. Phil Murphy edged ahead of Republican challenger Jack Ciattarelli overnight in a governor’s race that remained essentially deadlocked and might not be decided for days. Additional votes favoring Murphy were tallied very early this morning in Hudson County, and those have given the Democrat a lead of 1,667 votes, just 0.07% of the votes counted so far. There are 160 precincts statewide that haven’t yet reported results in nine counties. They include 56 precincts in Essex County, including 23 in Newark; 40 precincts in Camden County; and 21 precincts in Union County, including 10 in Elizabeth. NJ1015.com

Senate President Steve Sweeney, the longest-serving legislative leader in New Jersey history, is on the verge of losing his own State Senate seat in what could be a stunning political upset. Edward Durr, a conservative truck driver who reported spending just $153 on his campaign, leads Sweeney by 2,009 votes in the South Jersey-based 3rd legislative district. Democrats lost bids to flip two GOP Senate seats and appear to have lost two or three more, something that could reduce their majority to 22-18. New Jersey Globe

Republicans are projected to pick up eight seats in the Assembly, reducing the Democratic majority to 44-36. Six Democratic incumbents appear to have lost re-election, including John Burzichelli (D-3), a ten-term assemblyman. Other incumbents who will not return to Trenton include Adam Taliaferro (D-3), John Armato (D-2), Eric Houghtaling (D-11), Joanne Downey (D-11), and Roy Freiman (D-16). New Jersey Globe

New Jersey voters appeared split on changing the rules for some forms of legal gambling. Voters  rejected a ballot question asking them to expand sports gambling to allow people to wager on games involving New Jersey college teams and to bet on college sporting events taking place in New Jersey. The measure was being rejected by a margin of 56% to 43%. A second ballot question sought to allow nonprofits that conduct such games of chance as bingo or raffles to use the proceeds from those games of change to fund their operations. Voters appeared to favor that change by a margin of 63% to 36%. NJ Spotlight News

Democratic Jersey City Mayor Steven Fulop won re-election for a third term against Lewis Spears. Fulop, viewed as a potential gubernatorial candidate, was the strong favorite against Spears, who was registered as a Republican until recently. “You’d be hard pressed to say that over the last eight years we haven’t made a difference in Jersey City,” Fulop said in his victory speech. “In eight years, you make some tough decisions and along the way some people are happy for you and some people find those decisions challenging. But that’s a part of leadership, that’s a part of progress and that’s a part of change.” The Jersey Journal

With elections still too close to call, Bergen County Democrats said late Tuesday they felt confident that they would prevail across the board in races for sheriff, clerk and Board of Commissioners. Although early results on Tuesday night favored Republican challengers, the incumbents pointed to vote-by-mail ballots, where they said they had a distinct advantage. Among the most notable races, Bergen County Clerk John Hogan is trailing GOP challenger Bridget Anne Kelly by approximately 2,800 votes. The Record

Superior Court Judge William Anklowitz denied a request to extend voting hours until 9:30 PM, saying there was no evidence that any voter was disenfranchised. The American Civil Liberties Union and the League of Women Voters of New Jersey asked to extend voting hours after technical issues delayed the opening of some polling locations this morning. The bid for extended voting hours was opposed by attorneys for Republican gubernatorial candidate Jack Ciattarelli, while an attorney for the Democratic State Committee took no position. NJ.com

There were reports of network and connectivity issues at polling locations in at least eight counties that led to late openings, provisional ballots being cast and others who either waited or agreed to return later. But many of the issues are related to human error relating to a high tech election with a workforce dominated by older Election Day poll workers. Technology problems were reported in Atlantic, Hudson, Hunterdon, Middlesex, Monmouth, Passaic and Somerset counties. In some cases, polling locations did not open for at least two hours. New Jersey Globe

Senate Republican Budget Officer Steve Oroho (R- 24) says Gov. Phil Murphy is dragging his feet on retiring state debt that Murphy’s administration never should have taken on in the first place. Oroho called to task the Democratic governor on Oct. 29—the same day that state officials, including the state treasurer and the acting director of the Office of Management and Budget, met to discuss debt repayment options. “It’s extremely disturbing that it’s taken Governor Murphy a year to begin discussing ways to retire debt after his administration admitted it borrowed $4.5 billion unnecessarily last fall without voter approval,” said Oroho. North-JerseyNews.com

Democrats in Washington reached an agreement on provisions designed to lower the price of some prescription drugs, appearing to resolve one of the final issues in the party’s negotiations over their $1.85 trillion Build Back Better bill. The agreement would empower Medicare to negotiate the price of some drugs, penalize drug companies for raising prices faster than the rate of inflation and cap out-of-pocket costs for seniors at $2,000 annually. It also creates a $35 out-of-pocket monthly maximum for insulin. The Wall Street Journal

The Centers for Disease Control and Prevention on Nov. 2 formally endorsed the Pfizer COVID-19 vaccine for children aged 5 through 11, a move that will buttress defenses against a possible surge as winter arrives and ease the worries of tens of millions of pandemic-weary parents. At a meeting earlier in the day, a panel of scientific advisers had unanimously recommended that the vaccine be given to these children. Inoculations could begin as soon as this week. While relatively few of the 29 million children in this age group will be fully immunized a month from now, even partial vaccination will provide some protection against the coronavirus. Every million doses given to children ages 5 to 11 would prevent about 58,000 cases and 226 hospitalizations in that group, according to the CDC. The New York Times

The AirTrain Rail Link station at Newark Liberty International Airport will get a $250,000 makeover to improve accessibility for travelers with disabilities after a federal investigation found multiple violations of the Americans with Disabilities Act (ADA). From platforms and bathrooms to its hallways and waiting areas, the list of items that failed to meet ADA and Department of Transportation standards was a long one that included improperly mounted ticket machines and kiosks and screens that project too far from walls, posing obstacles to visually impaired travelers who use canes, according to a copy of the settlement posted online. The Daily Record

Gov. Phil Murphy is hopeful an agreement can be worked out with New Jersey’s tri-state neighbors when it comes to receiving federal aid for mass transit. At dispute is New York looking to change the federal formula that would take money away from New Jersey and Connecticut, diverting from how 47 other states used to divide COVID-19 funds as mass transit systems riderships struggles. New York is looking for $637 million more in COVID-19 transit aid, to block its neighbors from accessing all their funds. “We’re going to make sure we get our fair share as we always do, whether it’s for our commuters or for the state’s budget and the resources that are rightfully due to us,” said Murphy. North-JerseyNews.com

Jersey City Public School Superintendent Franklin Walker will retire this upcoming January. Walker has served as superintendent since early 2019; he became interim superintendent  following the departure of former Superintendent Marcia Lyles, and was later appointed for a full-time role in December of 2019 by the Board of Education, with his appointment set for about four years. Hudson Reporter

And finally…The Atlanta Braves are the 2021 World Series champs after defeating the Houston Astros in six games. NJ.com