Ciattarelli vows to make sure “all the legal votes are counted” 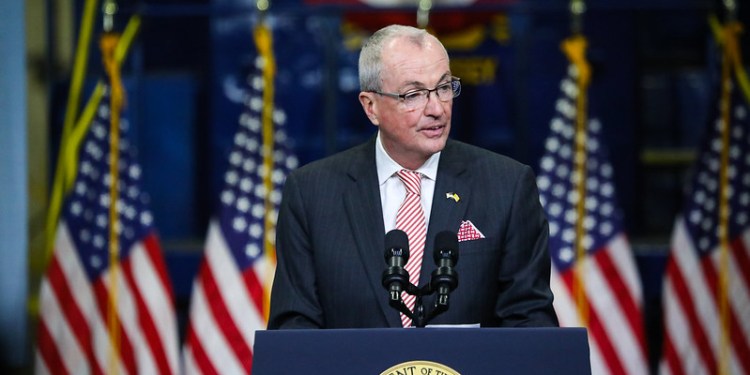 6:30 Update: Gov. Phil Murphy has been declared the winner of New Jersey’s gubernatorial race by the Associated Press. He becomes the first Democrat in 44 years to be elected to a second term, last accomplished by Brendan Byrne in 1977.

Gov. Phil Murphy, after a day that saw the lead go back and forth between him and GOP challenger Jack Ciattarelli, appears to be pulling away with a win for a second term in an unexpectedly tight race.

As of about 5:00 p.m. Nov. 3, Murphy had just over a 16,000 vote lead over Ciattarelli. With nearly 89% of the precincts reporting, the incumbent has 1,203,602 votes compared with the former Assemblyman’s 1,186,985. Neither candidate has declared themselves the winner or conceded defeat.

Murphy won a total of 10 counties: Bergen, Essex, Hudson, Passaic, Burlington, Camden,  Mercer, Middlesex, Somerset, and Union. The counties that propelled Ciattarelli were Morris, Warren, Sussex, Atlantic, Cape May, Cumberland, Gloucester, Hunterdon, Monmouth, Ocean, and Salem. A breakdown of the county-by-county vote is at the end of this story.

Ballots continue to be counted as some mail-in ballots (as long as it has a Nov. 3 postmark) can be accepted until Nov. 8 and provisional ballots won’t be counted for several days.

Historically, this is shaping up to be the closests race since 1981 when Republican Tom Kean defeated Democratic U.S. Rep. Jim Florio. The race would be called for Kean 26 days after election day.

While Murphy remained quiet, including cancelling his COVID-19 press briefing on Wednesday,  his team expressed confidence on social media that he would be victorious in the end. The Ciattarelli team in an official statement made it known they are in it for the long haul.

“Last night was a historic one for New Jersey Republicans, who picked up at least a half dozen Assembly seats, several Senate seats, along with county and local seats up and down the state,” said Stami Williams, Ciattarelli campaign spokeswoman, in a press statement released Nov. 3. “Jack is proud to lead our ticket and our party’s resurgence. Right now, our team is focused on making sure all the legal votes are counted and our citizens can have confidence in the system.”

Under New Jersey state law, a recount must be requested and is not automatically triggered due to the closeness of the race. Candidates may request a recount within 17 days of Election Day by filing a lawsuit in the Superior Court in the county where a recount would be requested. Additionally, voters or outside groups can request a recount. For this and other races in New Jersey, the deadline is Oct. 19.

Experts say a statewide recount would probably begin with questions of irregularities in one precinct, town or county. The applicant would have to point to something that allegedly happened in one location that could have reasonably happened in other areas of the state.

The person or group who asks for the recount has to pay the costs, unless the recount changes the outcome of the election. If that happens, any costs that were paid are refunded. Even if the outcome of the election was not changed, there would be a refund if there is a change to results in any district by either 10 votes or 10%, whichever is greater.

Election night ended with both candidates stating the election would not be decided until the following days. GOP nominee Ciattarelli led the incumbent Murphy 50%-49% as the clock struck midnight followed by both candidates telling supporters to go home from their respective campaign parties. That translated to 1,009,137 votes for Ciattarelli compared with 981,666 for Murphy.

By morning, Murphy edged ahead as additional votes favoring Murphy were tallied, resulting in the incumbents having a 1,667 votes lead. But at noon on Nov. 3, Ciattarelli moved back ahead by a 465 vote lead over Murphy. An hour later, Murphy would regain the lead as mail-in votes from Democratic strongholds continued to come in overwhelmingly in favor of the incumbent.

In general, Ciattarelli strong showing was due to the Republican candidate outperforming in such hotbeds as Ocean and Monmouth  counties while Democrats did not perform up to the gains in recent elections such as Bergen and Morris.

Ciaterrelli’s supporters had argued the election was going to be much closer than the eight point spread in three different polls published in the last week of the election.

Ciattarelli, the former Assemblyman, ran a race that argued the Garden State was broken, and he was the man to fix it. That plan included a number of tax cuts, a new school funding formula favored the suburbs and argued for personal choice when it came to COVID-19 masks and vaccine mandates.

Addressing his supporters after Murphy, Ciattarelli proclaimed “We are winning…we want every legal vote counted. When that is done, I will be standing in front of you not saying we are winning but that we won.”

In addressing a crowd of supporters in Asbury Park around 12:30 a.m., Murphy said “We’re going to wait for every vote to be counted and that’s how our democracy works. We are sorry that tonight was not the celebration it could be but we hope to have that celebration.”

Murphy, who never fell below 50% in polls leading up to the election, ran on his progressive record—including a higher minimum wage, social justice reforms and clean energy initiatives—that he said was just the start of attempting to make the state “stronger and fairer.”

He consistently received good marks for the handling of the coronavirus pandemic in polls over the last 20 months and vigorously defended his actions during the campaign, including those at long-term care facilities early in the pandemic and then later mask and vaccine mandates. 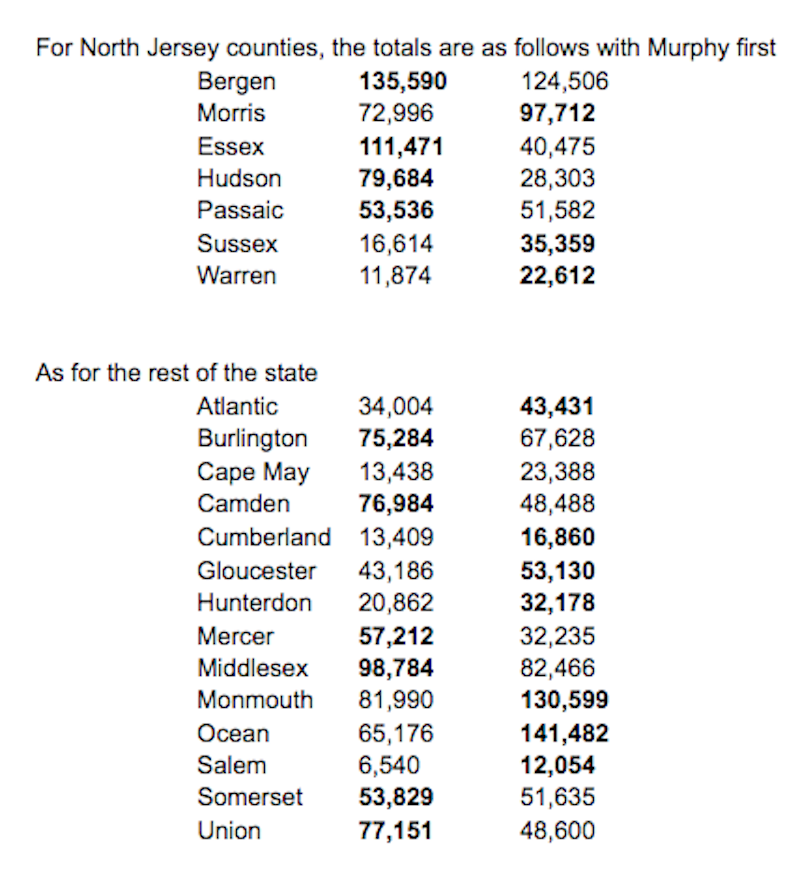